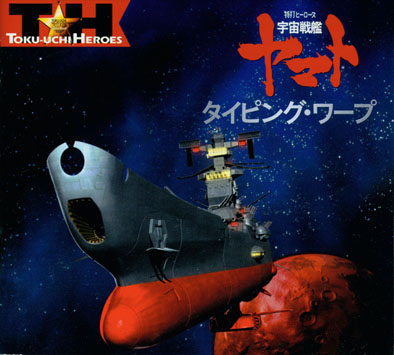 Chronologically speaking, the second typing game happened before the first one; Typing Warp was entirely based on the journey to Iscandar. It reused some of the elements of the Wave-Motion Gun game in new CG cutscenes, and this time the character animation was completely new rather than captured anime footage. That said, the movement was limited mainly to lip-sync and the original character design was not followed closely; for one thing, almost everyone had a superhero physique.

From the promotional text:

The challenge of Typing Warp begins! Keystroke Heroes the Second! This time it is the long-awaited “First Yamato TV Series.” Its scale is bigger than previous works, and now you can enjoy a revival of Yamato‘s trip to Iscandar!

Something else new about this game was a genuine opening title sequence, a beautiful CG version of the original with the vintage recording of the Yamato theme. See it in motion here. Vocalist Isao Sasaki was involved in promoting these games, along with an army of Yukis. (As seen at the bottom of this page.) 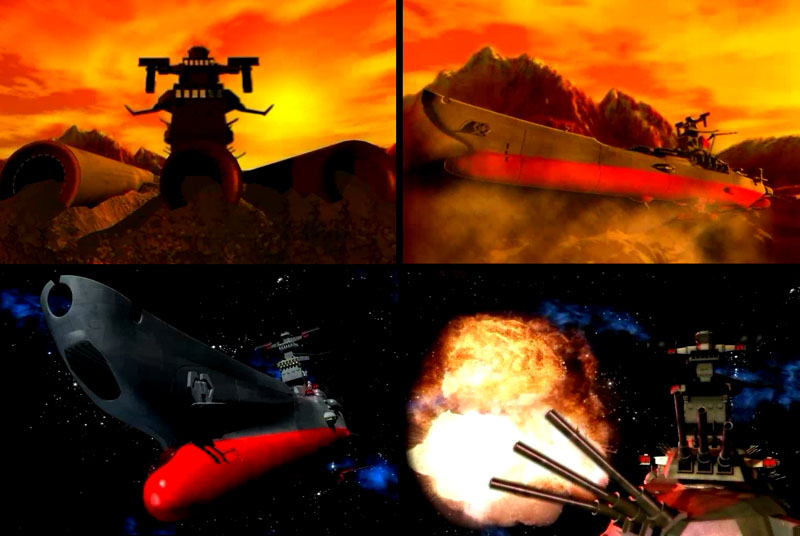 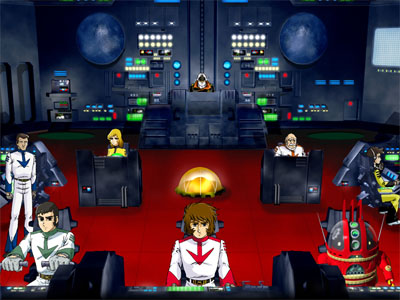 After the opening title we start at the main bridge, this time looking back instead of forward. As before, rolling the cursor over each character indicates an option, but they’re not all the same as the first game. Orion, for example, is the one to tell you who does what. 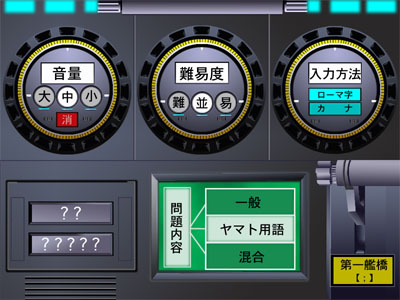 This time it’s Sanada’s job to take you to the options menu where you choose sound levels and indicate keyboard functions. 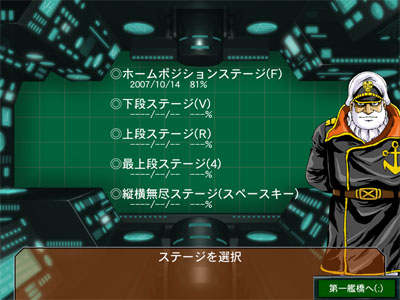 Since Captain Okita is present in this game, he oversees your keyboard training with a holographic shooting gallery identical to the earlier one. 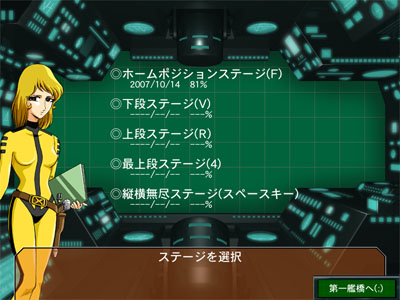 Yuki takes you to the same location before you start up the game; after that she becomes the scorekeeper. 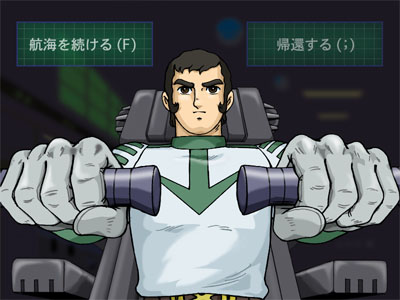 As before, Shima gives you a quit option, Aihara takes you to online support, and Analyzer translates your alphabet. 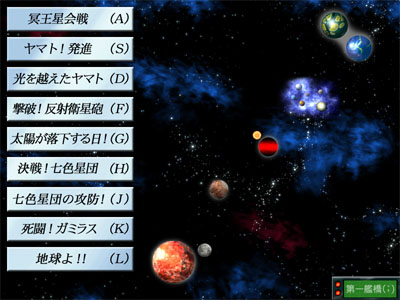 Kodai is your gateway to the missions, of which there are nine. Unlike the previous game, none of them have to be unlocked by winning early missions. 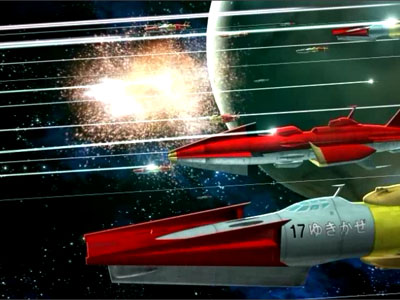 As we join the story, Captain Okita and Mamoru Kodai (Alex Wildstar) are in pitched battle against superior Gamilas forces at Pluto. Typing words as they pop up will keep the enemy at bay, but there’s no way to change the final outcome. Some things, after all, are over before they begin. See the intro cutscene here.

See cutscenes from this segment (with different music) on YouTube here. 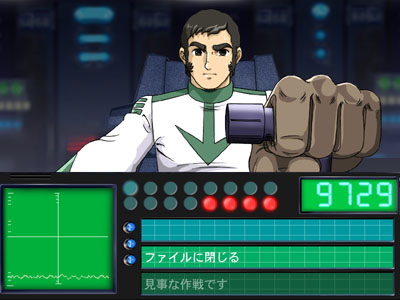 The Ultra Menace Missile is on its way, bearing straight for Yamato as the crew struggles to get the massive engine started. Typing with speed and accuracy keeps the startup sequence on track. Too many mistakes will result in the shortest epic in anime history. See the victory cutscene here. 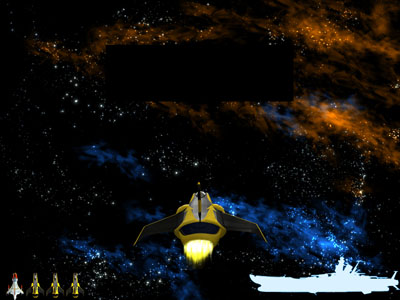 Gamilas fighters dog Yamato‘s tracks as everyone prepares for the first-ever space warp. You’re with Kodai and the fighter squadron, typing like mad to hold off the enemy long enough. If you make it that far, your job is to type like mad again so Yamamoto (Hardy) can maneuver his damaged Black Tiger back into the hanger—and then help Shima execute the warp. See the Yamamoto cutscene here. 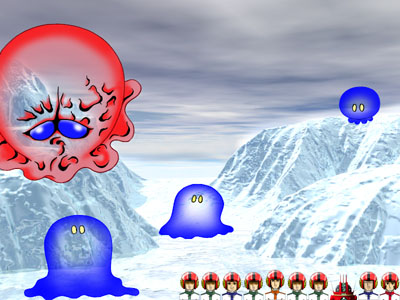 Next we go all the way to Pluto where the Reflex Gun pins the ship down and an assault team has to take it out by hand. The first obstacles are the Protozoans of Pluto. Typing words as they pop up allows your troops to sedate them…but don’t let one jump on you! This is stage 1 of the mission. Stage 2 pits you against enemy troops inside the gun room. See the intro cutscene here. 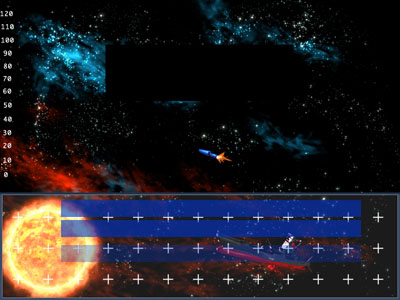 Mission 5: The Day the Sun Drops!

Now we’re over Planet Balan and the artificial sun is dropping steadily toward the ship. This one is similar to the first mission in the first game: keep knocking down those words as the Wave-Motion gun powers up and the clock ticks down to doomsday. See the victory cutscene here. 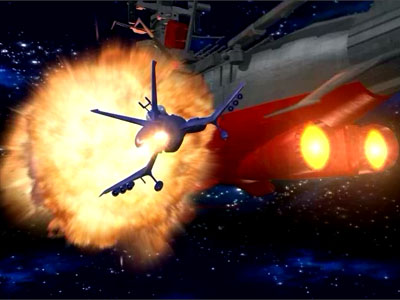 It’s an all-out battle with Domel (Lysis) throwing everything he has at Yamato in multiple waves. First the fighters, then the carriers unleash a non-stop barrage that can only be countered by furious keyboard action. See the intro cutscene here. Hold them off long enough, and it’s on to the second half… 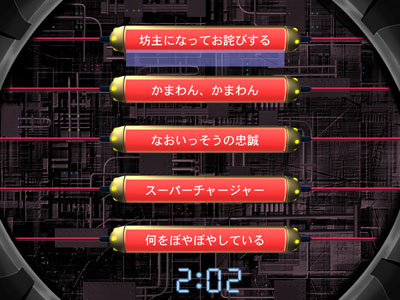 Mission 7: Offense and Defense at the Seven-Color Star Cluster

The drill missile launches and wedges its way into the Wave-Motion Gun. This starts a 2-part mission. First, you’re with Analyzer, typing words in order to reprogram the missile and send it back where it came from. Second, you have to act quickly after Domel’s command ship attaches itself to Yamato and goes into self-destruct mode. Typing correctly allows everyone to get to the upper decks and fortify the ship. Make a mistake, and Domel takes you to the grave with him. See the victory cutscene here. 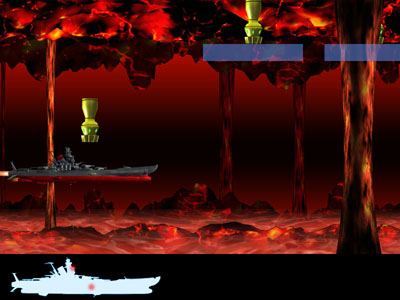 Yamato has been pulled down to Gamilas and now coasts along under the hanging city. Typing accurately eliminates the structures before they drop; too many mistakes and they plunge the ship into the acid sea. Make it past these obstacles, and there’s Dessler’s command ship to deal with. See the victory cutscene here. 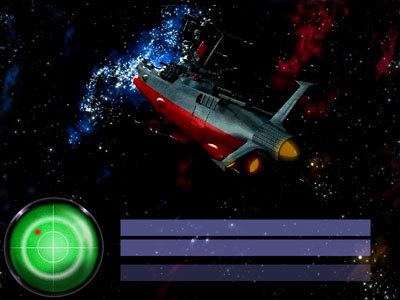 Just as it looks like the voyage is over, Dessler’s surprise re-appearance could change everything. His ship fires its prime weapon, which slowly makes its way toward Yamato. Sanada flips the switch to activate the reflective coating, but it takes time to power it up—time to type! See the victory cutscene here. 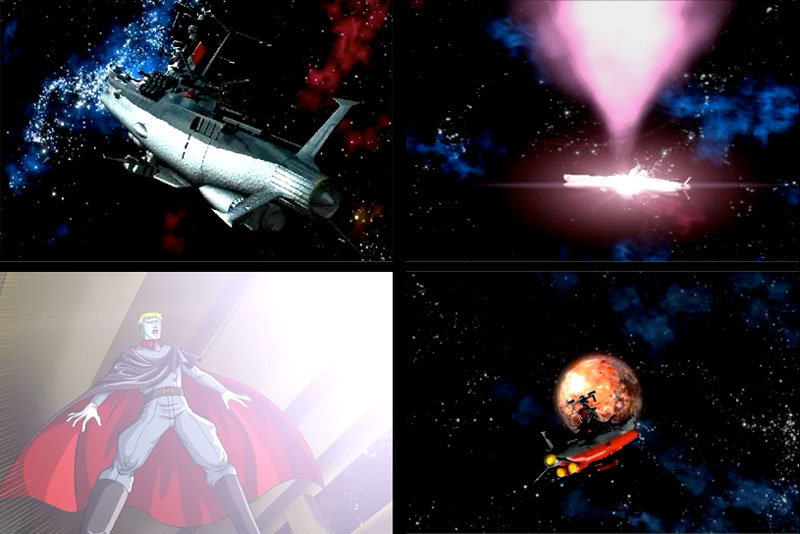 Hit all the right marks and fate turns in your favor. The coating goes up, the beam bounces back, and Dessler gets his just desserts. Right about now it would be awfully tempting to go back and replay Wave-Motion Gun…but moving on to the third game works just as well, as we’ll see next.

See more of this game at the Sourcenext website

Back up to Typing Game 1

BONUS: An army of Yukis gangs up on a Tokyo street corner to promote the game’s release in 2001. Photo courtesy spacecruiseryamato.com 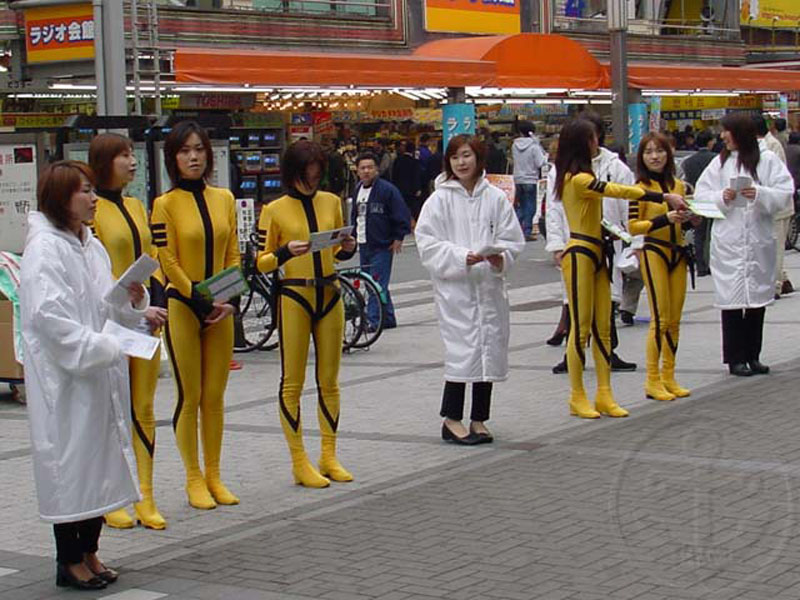