It should surprise no one that Star Blazers fans and SF game fans have shared solid roots for quite a long time. Star Blazers, after all, turned many people on to Japanese animation, which required a certain mindset in the years before imports went mainstream. This mindset consisted of intense concentration and analytical thought, traits absolutely necessary to the serious gamer. It didn’t hurt that the scenario of Star Blazers instantly lent itself to the same sort of strategic thinking that had fueled Tactical Role Playing Games (TRPG’s) for decades.

The comparative lack of resources meant there would be far fewer Star Blazers than Yamato games, but since most of a TRPG happens inside one’s head, only a little extra effort was needed to ground it in the real world. And as always, the results are both a surprise and a delight… 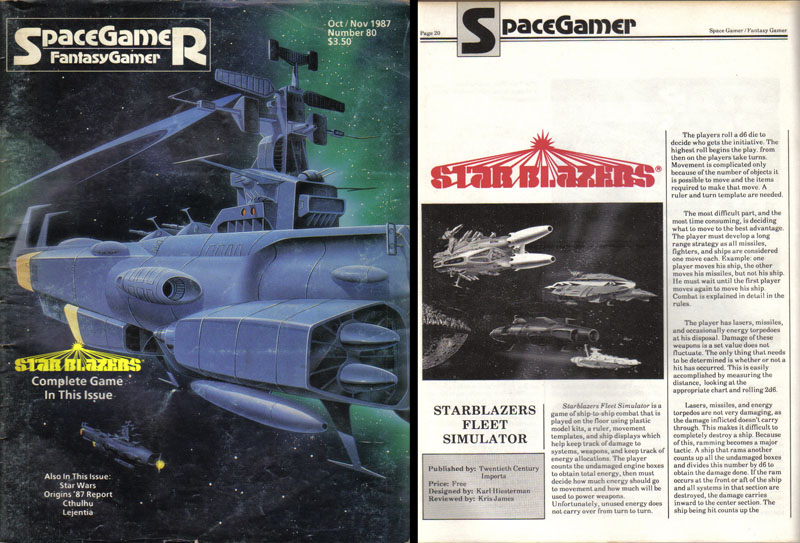 The earliest Star Blazers game is probably also the least known; a tactical simulator written for the Mechanic Collection model kits that were sold in the 1980s by Twentieth Century Imports. Written by Karl Hiesterman, the game was entirely contained in this issue of Space Gamer and could be put to use by anyone who had happened to buy any of the models. (Though, in truth, paper versions might have worked just as well.) The magazine also contained a favorable review of Hiesterman’s game, called the Star Blazers Fleet Simulator. 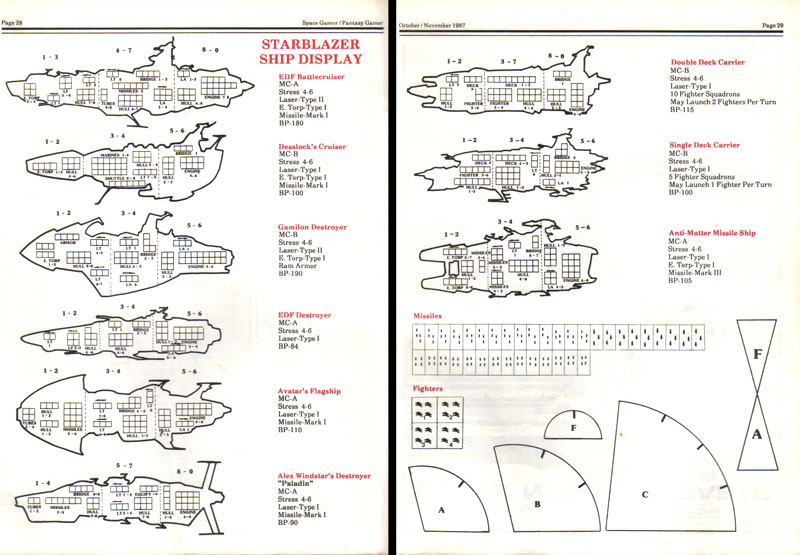 A PDF containing the review and the game pages can be downloaded here.

Special thanks to Superfan Derek Wakefield for finding this game and providing the images!

By far, the best known Star Blazers game is this one, which is made up of detailed rule books and exquisite metal miniatures. We took a close look at the Fleet Battle System in an earlier update (read the article here), so rather than repeat it we’ll expand upon it with a few new links:

The home page for the SBFBS

Star Ranger.com’s overview of the game with more photos

A review of the game at The Miniatures Page.com

The official forum for the SBFBS on Yahoo groups

Photography of the miniatures at Board Game Geek.com 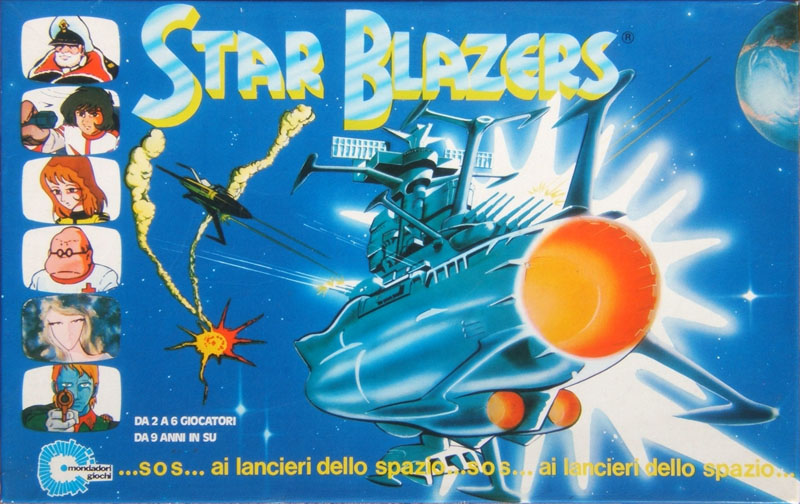 The Italian board game is loosely based on the story of the first series. The Argo has to reach Iscandar and return to Earth in 52 moves, each representing a week of the voyage. Gamilas must delay and prevent her from completing her mission before the time expires. The game board is a hex field. Argo has 2 small vessels representing the Black Tiger squadrons, while Gamilas has 3 vessels representing 3 fleets used to intercept the Star Force. There is one player for each side. 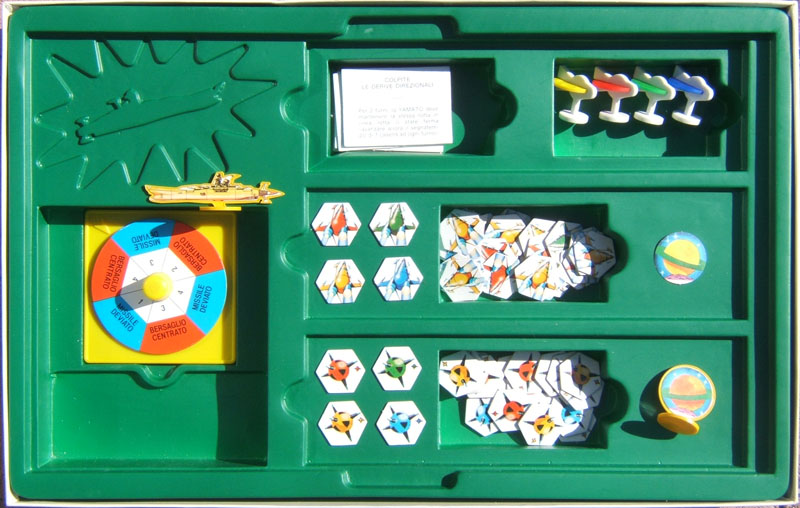 The game mechanics are very roughly based on the original show. The vessels on both sides are capable of laying mines (something which the Star Force did not do) to block the other’s path and fire a limited supply of missiles at the enemy or to clear their mines. Mines are not harmful, they simply block the way. Missiles can destroy the Black Tigers for the rest of the game, but can only delay Argo herself by inflicting damage according to some random event cards. 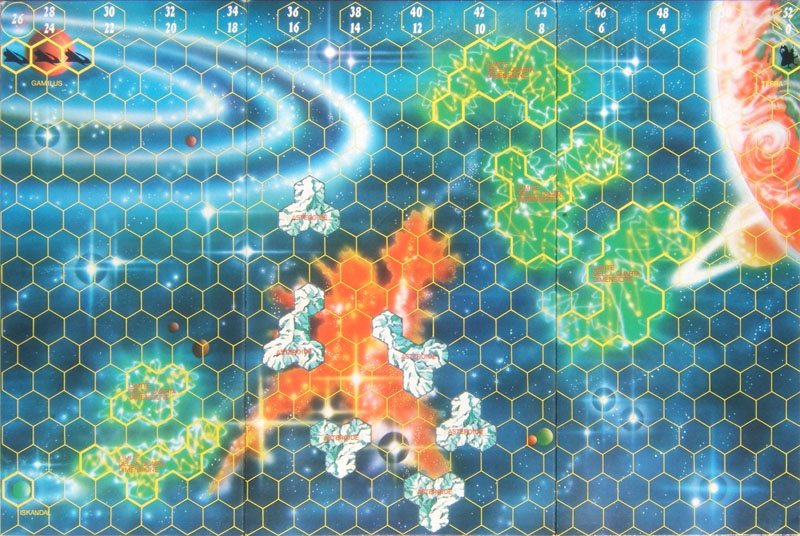 When Gamilas’ vessels are destroyed, they are simply reborn on Gamilas, obviously representing their almost unlimited military power. Also, the Gamilas vessels can return to the home planet to re-arm, while Argo starts out with a limited supply. The game allows Argo to warp in some areas, to speed up the voyage and evade the enemy, and provides clusters of impassible asteroids to further reduce the space where the ship can maneuver.

The rules are very simple, clearly meant for a young audience, and the game is pretty challenging for the Star Force player if the Gamilas player is experienced. 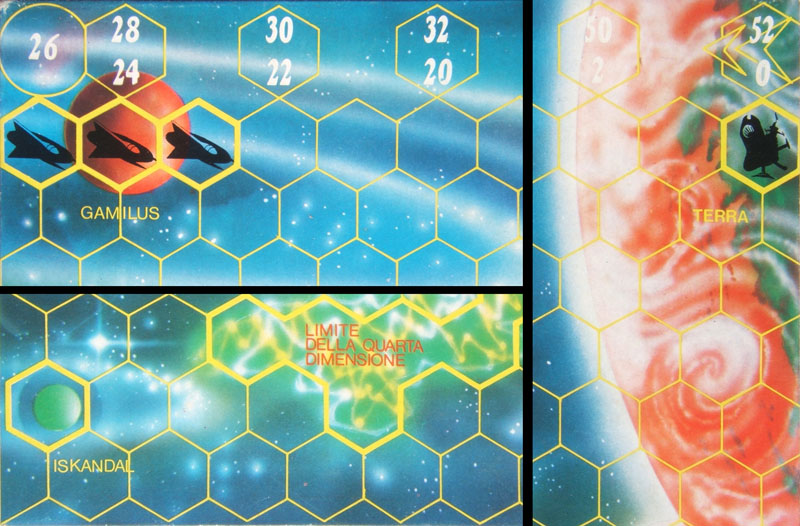 Hosted by an excellent French fansite named L’Univers de Yamato, this simple yet engaging romp is like a side-scrolling Space Invaders with Yamato holding off a seemingly endless stampede of Planet Bombs, Ultra-Menace Missiles, and Gamilon spaceships. It’s very easy to play even if the directions are in French. 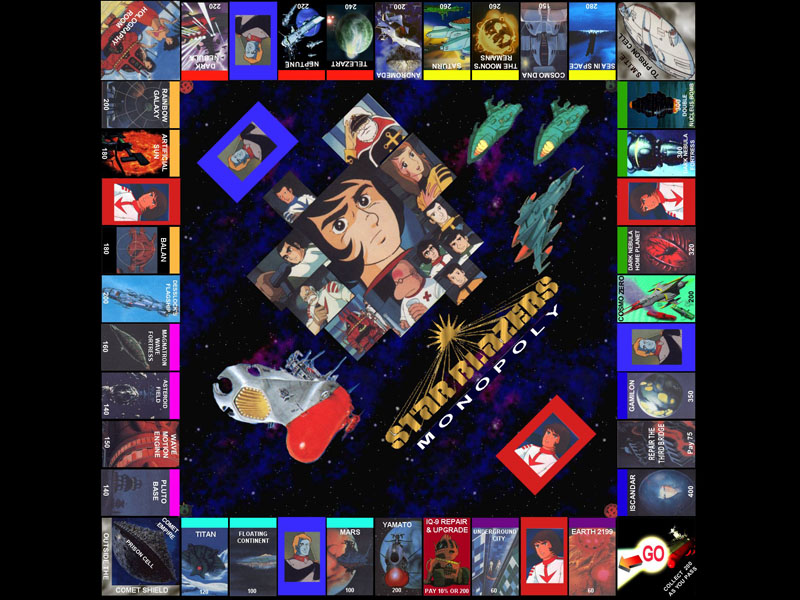 Over the years, I collected many, many Star Blazers pictures from the internet and even scanned a complete graphic novel to preserve it digitally. After I had made a family Monopoly game for my father-in-law’s birthday, I thought it would be fun to make a Star Blazers “opoly” game. Using Paint Shop Pro, I spent a couple days going through all my pictures and turning them into a gameboard. I already had a Star Blazers website, so it was perfect for posting on the internet. I actually have only played the game once or twice, but my children are getting older, and I’m sure we’ll have lots of fun with it.

Visit Nick’s website here. The game came be found to the left of the homepage image

That’s it for the most part, but for anyone who cares to dig deeper, here are some links to help you.

Star Blazers mod for the Empire at War PC Game