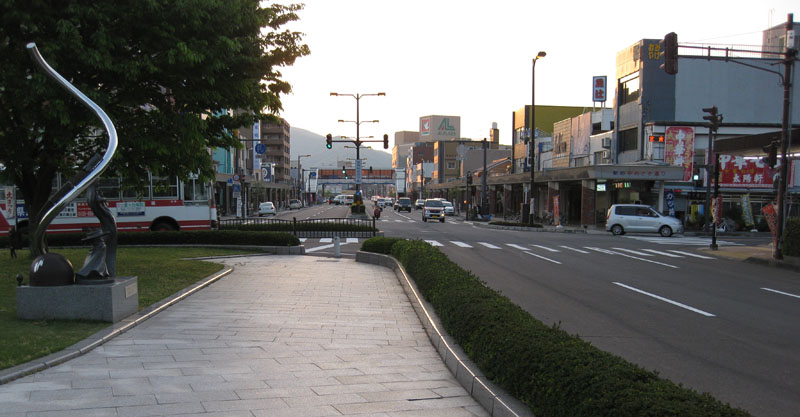 Tsuruga is located on the northern coast of Honshu, the largest island of Japan, approximately halfway between its opposite ends. As natural hub for the entire nation, it therefore became a thriving port city in 1899, Japan’s gateway to Europe and Asia. Although time and technology has calmed the traffic a bit, the city still prides itself as a home of science and progress. This was the basis for their decision to commemorate their 100th anniversary in an unusual and creative way.

1999 is a significant number not just to Tsuruga, but also to Leiji Matsumoto. He had always been fascinated by the number as the last stop before a major shift not just in mathematics but also time, space, and the ages of man. For him, 999 is not just the number of the Galaxy Express engine, it is also the tipping point for its young hero, Tetsuro Daiba, who is on the transitional edge of manhood. A casual skimming of Matsumoto’s other works reveals the number 9 or 99 working its numeral magic in various ways.

For the Tsuruga chamber of commerce, this confluence of numbers and themes inspired them to build the Matsumoto Symbol Road for the city’s 100th anniversary, choosing to commemorate both Galaxy Express 999 and Space Battleship Yamato as shining examples of science, progress, imagination, and journeys to distant lands. 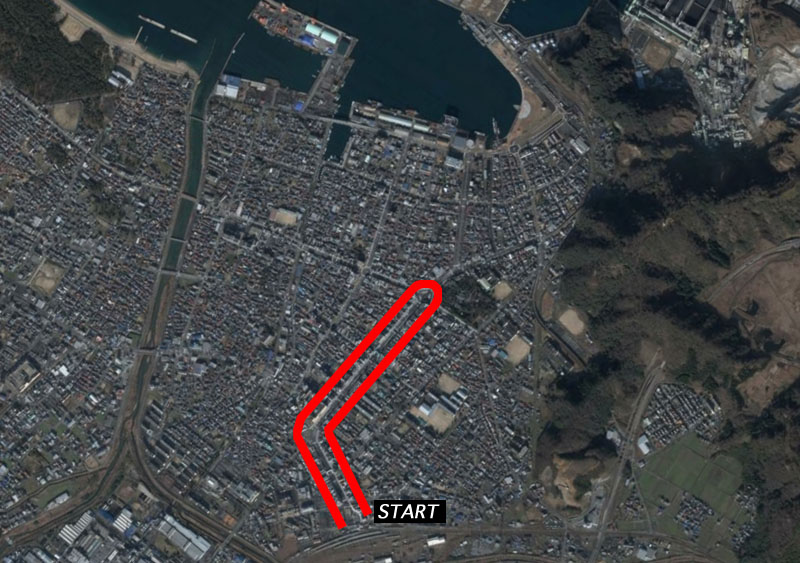 Visitors who find their way to Tsuruga have to work very hard to miss the Symbol Road. It begins right outside the JR train station (indicated above as ‘Start’) and runs the length of the city’s commercial district, connecting the station to Kehi Shinto Shrine (the dark patch just to the right of the red loop). The route then leads back to the station on the other side of the street.

What exactly is the Symbol Road? A collection of the most gorgeous anime-based statuary you’ve ever seen.

The Matsumoto connection is evident at the station itself with banners reading “Welcome to Tsuruga”. You have only to walk in a straight line to begin the tour. (As seen at the top of this page.)

The Galaxy Express 999 collection fills the outward bound right side of the commercial district, starting with the welcoming figures of Maetel and Tetsuro against a spiraling chrome railway (above left) and a recorded greeting. A bit farther down is the official start of the Galaxy Express collection, the train engine’s prow. After this we find one of the first scenes from the movie, Tetsuro gazing in wonder at the Wanted poster for the outlaw Captain Harlock.

Click here for a photo gallery showing these statues in greater detail.

Next we see Maetel ready for a voyage, young Tetsuro with his mother, and the 999’s conductor.

The Arcadia and Queen Emeraldas attack the towers of Planet Maetel, Tetsuro keeps pace with the departing 999, and finally bids farewell to the boy he used to be. This brings the Galaxy Express narrative (and the statue collection) to a close.

From here, visitors can either enter the grounds of Kehi Shrine or cross to the other side of Symbol Road and start another adventure. Guess which way we’re going?

The road leading us back to the JR train station takes us to the year 2202 with a walking tour of Be Forever Yamato. It’s an odd choice, since it was the first Yamato production to have only limited participation from Leiji Matsumoto, but there’s nothing here to complain about.

Analyzer welcomes you into the world of Space Battleship Yamato, where the next faces to greet you are Shima and Kodai [Venture and Wildstar] followed by Queen Starsha herself.

Kodai’s dramatic parting from Yuki is imaginatively rendered in three dimensions, followed by the thoughtful trio of Sasha, Sanada [Sandor] and Captain Okita. The next statue depicts the emotional tug of war between Kodai and Sasha.

Emperor Skaldart lords it over all pedestrians, who continue on toward his skeletal planet Dezarium. We then return to Earth for the last moment between Yuki and Alphon.

After rushing from one statue to another for the last hour, Andrea and Tim bid Tsuruga a fond farewell, pausing for an intriguing name-check on the way out.

Website for the Symbol Road (photo links are on the left)