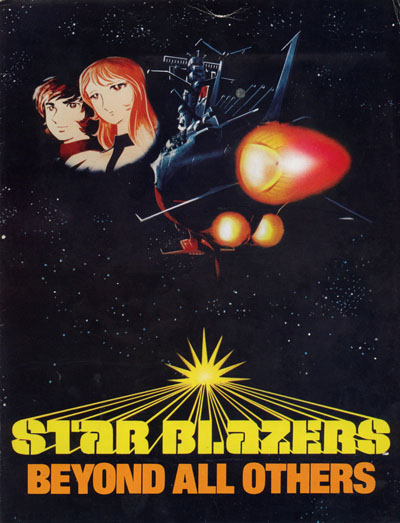 Continuing our exploration of the little-known pockets of Star Blazers lore, we come back to where it all started, with the company that made it happen. Westchester Films was the production company run by Mr. Claude S. Hill, the organization that actually went to Japan in 1978 and actually negotiated with Office Academy to bring Space Battleship Yamato to America.

According to the increasingly valuable article in the June 1980 issue of Starlog, the specific meeting point was between Westchester’s Bob Marcella and Academy’s Ken Fujita. From there, other parties got involved, chiefly Claster Television who licensed the domestic syndication rights from Westchester and got production in gear in the fall of 1978.

Claude S. Hill and Westchester Films are regrettably no longer with us, so an interview is out of the question. But every company leaves a paper trail, and we’ve got two interesting documents that shed light on the thinking and operations at Westchester during their heyday.

The first is one that was freely distributed to whoever might benefit from it; the 1980 Star Blazers press kit. This was a no-frills package; the only artwork in it was the cover sheet shown at right. The interior was nothing more than 17 typewritten pages that summarized the characters and story of the 52-episode syndication package. It’s material we all know by heart after watching the series, but it does bring things to a certain level of closure when you can actually read the official inside word from a time when everything was new and untested.

Click here to read a PDF of the entire press kit. 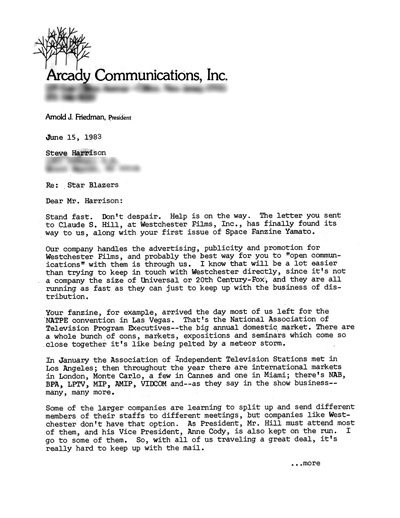 The second document is far more unusual and interesting. Thus, it requires some background.

Back in the merry month of February, 1983, Star Blazers fandom was graced by Space Fanzine Yamato, the first publication of its kind: an info-zine devoted entirely to the series from a fan perspective. The brainchild of superfans Steve Harrison, Jerry Fellows, and Ardith Carlton, it was the first attempt to organize the multi-leveled world of Yamato into palatable information for English-speaking fans. Its 44 pages covered such wide-ranging topics as character guides, models, records, books, song lyrics, and more. Space Fanzine gave fandom an early reference point and (for many) a first look at how deep the phenomenon actually went.

If you’d care to learn more about Space Fanzine before moving on, you can read the story of its genesis here and browse the online version (Space Webzine Yamato) here.

Is the third series of Star Blazers dead…?! Westchester Films, the company who has the syndication rights to Star Blazers and who has been advertising having a third series available for syndication to stations for more than a year now, apparently will not be translating the Yamato III series into English after all. There is no official word from Westchester on the subject, although they’ve reportedly been making comments about a lack of funds. Michael Pinto had reported in the Star Blazers Fandom Report that Westchester had promised an entire line of Star Blazers merchandising; none of this has come about. The third series had reportedly been targeted for delivery to stations at the end of October 1982. This was pushed back to December 1982, and now the project is apparently in limbo. In a discussion Pinto had with Claude S. Hill, the president of Westchester, Hill seemed to be excited about the series, and in fact had episodes of the Japanese Yamato III on videotape. Hope had been high among fans at the news, but now we can’t help but be impatient at the constant delays… or at least, if Westchester can’t help the delays, the lack of information on the status of the third series of Star Blazers. A copy of this premiere issue of Space Fanzine Yamato will be sent to Mr. Hill, and this is an open invitation for him or any other representatives of Westchester Films to contact us and clear the air about this subject of great importance to Star Blazers fans, either by way of an interview, a letter for publication, or any way most convenient to him. 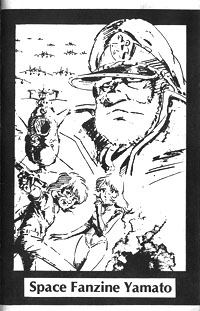 Since nothing further was said publicly about this (at least until the third series quietly appeared on American TV in 1985), it’s natural to assume Space Fanzine did not receive an answer to its query. But, in fact, the opposite was true.

In an act of surprising openness, Westchester directly responded via their publicist, Arnold J. Friedman of Arcady Communications Inc., by personal letter to Steve Harrison. And it wasn’t just the usual single-paragraph ‘thanks for your interest’ sort of letter–it was a densely-worded, hand-typed, 8-page testimonial that overflowed with the thought process behind the scenes.

Dated June 15, 1983 (four months after Space Fanzine was published), the letter was revealing and engaging in the way one might have expected in an earlier, more genteel era of business. The thought and care put into it spoke volumes about the company’s devotion to Star Blazers and their desire to share it with others.

Here now, courtesy of Steve Harrison, is that entire letter. Of course, everything in it is an artifact of the time in which it was written, but it’s heartwarming to see proof that the caretakers of Star Blazers had just as much passion for it as the fans.

Click here to read a PDF of the entire letter.

Above: pages from a double-sided promotional flyer distributed by Westchester in 1981. See all four pages here. (Special thanks to superfan Brian Cirulnick.) The text on this flyer promotes a Star Blazers syndication package consisting of 102 episodes because Yamato III was in pre-production at the time (summer 1980) and still being planned as a 50-episode series. Later events reduced it to 25.