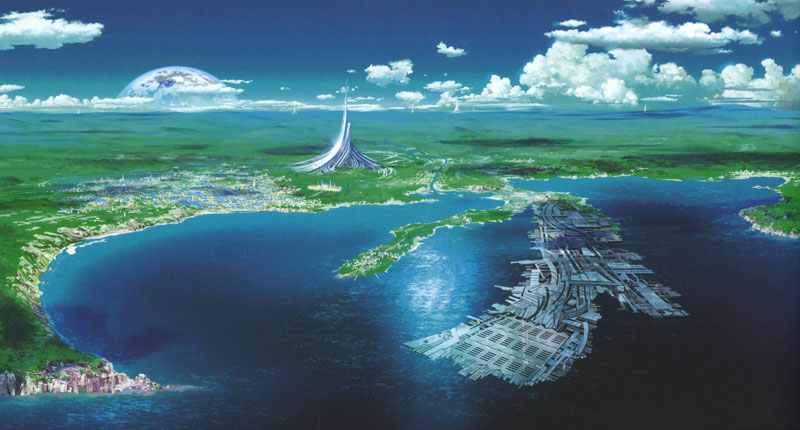 Amal was a beautiful planet. It had almost the same environment as Earth, and similar biology. The people of Amal had DNA similar to that of Earthlings, and looked almost the same. Like Earth, Amal had a long history with many wars, but at present it was a monarchy. Under Queen Irya, a stable regime endured with its people living peacefully. And like Earth, it was suffused with abundant water and natural beauty. Amal hadn’t had much interaction with Earth until now, only a consciousness that the two worlds were similar. Irya had become queen at a young age. Beautiful and intelligent, she was a fitting symbol of Amal’s peace. She was confused at first by Earth’s need to emigrate, but consented out of her humanitarian nature to grant them access to an unused moon. She looked forward to pleasant interaction with people from a similar environment.

But now, the first and second emigration fleets had both been attacked. Continuous communications had come in from Earth’s Space Science Bureau.

“What’s going on? What happened?”

Queen Irya was unable to provide a clear response to these questions.

The day came when Queen Irya protested to Metsler via a large-scale screen in her chambers.

“Why do you interfere with the emigration of the Earthlings?!”

Admiral Metsler sneered at the queen’s show of anger.

“Didn’t the SUS give its consent for Earthlings to emigrate here to Amal?”

“Hm. That’s how it was at first, but the situation has changed. It was discovered that the Earthlings were going to invade our planet. This is dangerous. We can’t permit such a thing. I was going to report it to you, but I only recently learned of their intentions, so there wasn’t time. And I have no obligation to report it.” “Invasion? That’s not true. You should have looked into the current state of Earth and their past history. They are a wise and courageous people. They have never fought out of aggression. They have only fought to protect themselves.”

“That’s why we allowed it. But how powerful are they? We know nothing of that. There must be no one who surpasses us.”

The SUS was a huge league of interstellar nations. It could be said that they were the largest such organization in space, and the strongest.

Metsler was the commander-in-chief of the SUS. As the leader of the Great Urup Intersteller Union within the SUS, his allied worlds dominated all others as a mighty military power. Amal was an independent state belonging to the Great Urup Union, essentially existing as an SUS colony. It was in a delicate position, granted relative freedom by the SUS because of its importance as a resource planet.

Admiral Barlsman appeared on the screen. He was a man who had brought the SUS to its current strength, having performed many ruthless battles for any purpose he could devise. His dark eyes and deep, vertical wrinkles seemed engraved upon his dark brown face.

“Power is justice. It is also logical to bow down to power. Isn’t that true, Queen Irya?”

The SUS had invaded other interstellar nations from a huge space fortress. Its shape was strange and terrifying, like a devil’s castle floating in space. This fortress of iron walls had never been defeated by an opponent in battle.

“I haven’t forgotten the long history of galactic warfare.”

Many generations of war had swept the central part of the galaxy, which included Amal’s solar system and others. Once, after a long struggle, the Galman-Gamilas Empire had formed a true friendship with Yamato. Galman-Gamilas fought a war of supremacy against the Bolar Federation, and smaller nations that were not affiliated with either side were terrified of invasion by these greater powers. In the midst of this, systems in the center of the galaxy were dealt a devastating blow by the collision of a massive red galaxy through a temporary dimensional rift. Some nations escaped the disaster, and the Great Urup Interstellar Union was formed to gather those nations under the powerful leadership of the SUS.

The SUS had appeared suddenly, its existence previously unknown to the nations of the Interstellar Union. Their strength and willpower were overwhelming beyond question. For the sake of peace, the SUS seized power and forced everyone under their rule.

“Do you intend to attack the next emigration fleet…?”

“The allied forces will annihilate them. We’ve spread a large search net. No matter what route they take, these mice cannot escape!”

Etos had a friendly relationship with Planet Amal, and their nations traded actively. It was one of the nations who were dissatisfied with the forced dominance of the SUS.

“Of course. No nation stands against us.”

The Earth fleet had no aggressive intentions. She had studied the Earthlings extensively. They were not at all a dangerous people.

Irya’s heart ached. She had agreed to accept these immigrants, and it ended with their slaughter. The SUS was mobilizing nations under their power to protect their interests and maintain order, and the next emigration fleet would also come under attack.

Amal would have withdrawn from this if it were possible. She wanted to escape the burden of Barlsman and Metsler and return to the days of freedom before SUS dominance. Since they had arose, Queen Irya had become disgusted by the aggression they concealed under the name of freedom, but had to make many compromises for the sake of peace on Amal.

She could do nothing. Before the pitiful beings of Earth, Queen Irya was completely helpless.

Irya could only put her hands together and pray to her late father.