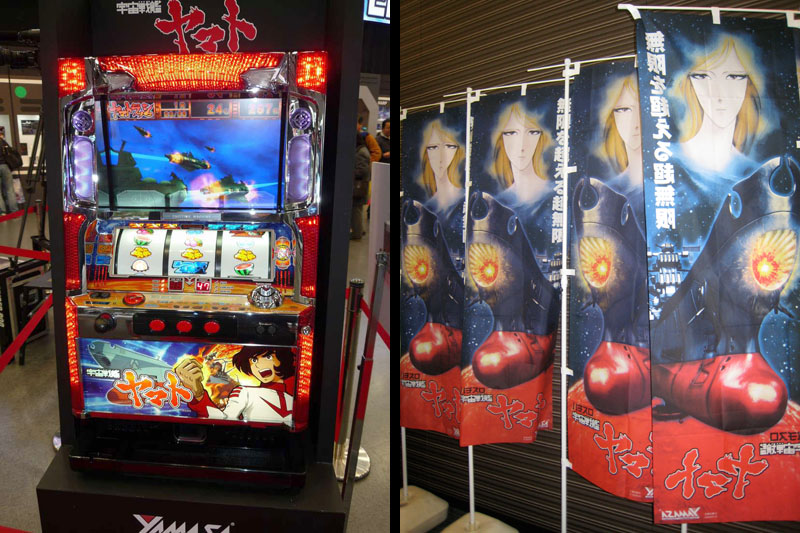 For anyone new to the party, a word about Pachinko: it’s Japan’s national pastime (some would say obsession), having evolved considerably over the centuries. What was once a simple vertical board with cascading ball-bearings is now an intensely noisy and complex multi-media audio/visual experience with arcane rules and labyrinthine gameplay. If you could combine an anime program with pinball and a video arcade game, you’d be in the ballpark. And if there’s any place noisier than the city of Tokyo, it’s a Pachinko parlor in the city of Tokyo.

In addition to Pachinko, there is also Pachinko Slot (or ‘Pachislo’ in the local vernacular) which is the tricked-out Japanese cousin of the Vegas-style slot machine. The gameplay for Pachislo is quite different, using spinning slots rather than metal balls. Both forms of the game benefit tremendously from anime tie-ins, and Space Battleship Yamato was an early entry into this category.

As reported in our examination of game history, the first Yamato Pachislo was a comparatively simple one released in 2000, a coproduction of Bandai and Sega. Ten years later, Japan’s Yamasa Corporation left that one in the dust with a fully-loaded, state-of-the-art coin muncher. 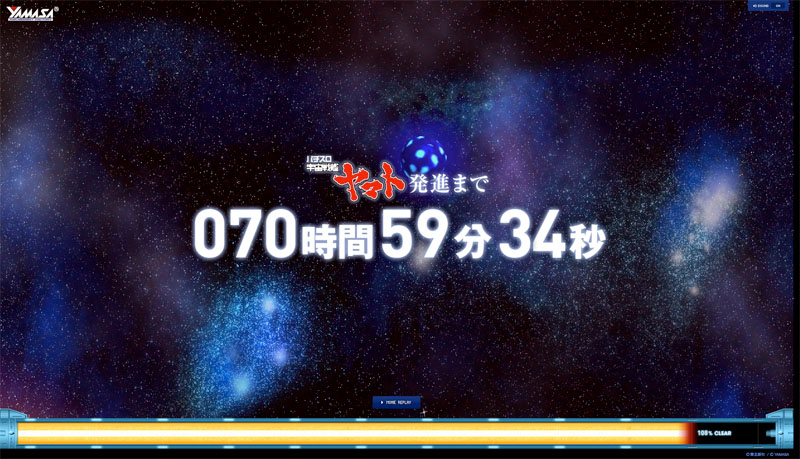 Yamasa’s official website went live with teaser content in late January, an impressive minute-long CG opening title that vividly depicted a rain of Gamilon Planet Bombs scorching the Earth and Yamato‘s first historic launch. After that, a countdown screen appeared and ticked off the hours until the rest of the site would activate on February 9. For about two weeks, an energy meter slowly built from zero to 120%, the level needed for the Wave-Motion Gun.

The meter filled right on time and the site opened with great fanfare. See the activation moment on YouTube here. 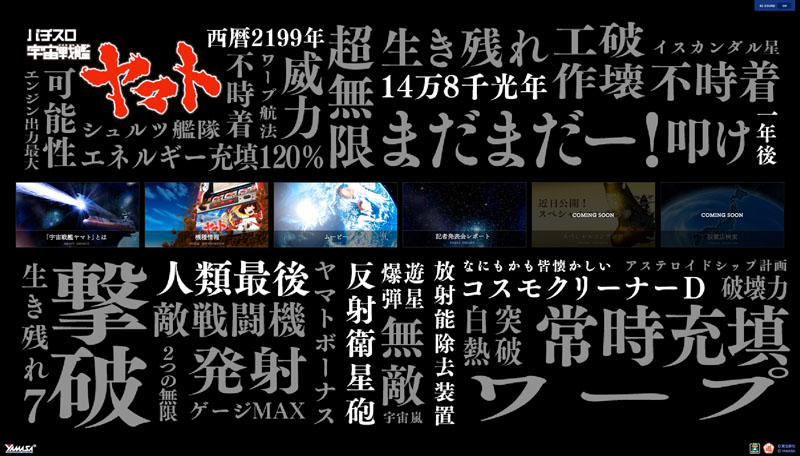 Wave-Motion Energy is an apt description of the site itself, which fills every square inch of your web browser with dynamic art and graphics. The CG opening title can still be viewed along with game features, a character guide, and more to come.

There was also a physical event on February 9, a rollout party held at the Bandai Namco Game Fan Theatre in Tokyo, which seems to be the place to go for the first look at a high-profile Pachinko machine. If you’re wondering just how much showmanship you can get from a one-armed bandit, rest assured that Yamasa went well over the top on this one, bringing in a gang of Yukis for a positively Biblical unveiling.

A slickly-designed press kit is customary for every high-profile Pachinko game, and the one for Pachislo Yamato nicely maintained the tradition. It consisted of a full-color 40-page book (with a black slipcase) packed full of giant graphics that practically yell at you. There was also a promotional DVD with about 12 minutes of footage and a wireless mouse for PC users.

See the book from cover to cover here. 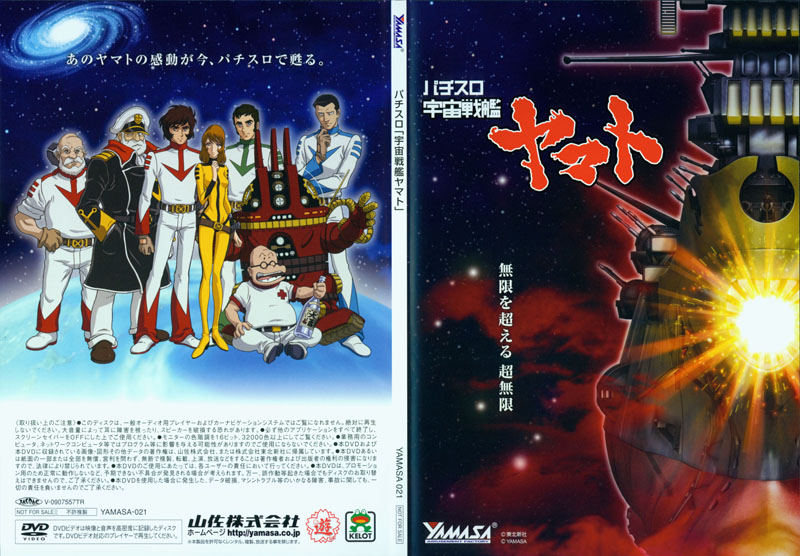 Two things become immediately apparent from the DVD footage. First, Japanese slot machines are far more complex than their Western antecedents, creatively combining the spinners with an interactive video game that opens up any number of multi-level play options. Second, Yamasa put a LOT of effort into making this an authentic recreation of the first Yamato series.

The spaceship and battle animation is all on par with what has previously been made for the Playstation 2 games, but the character animation is all new and quite appealing. The art style skillfully recaptures the spirit of the first TV series while managing to look fresh and modern at the same time. The economies of game animation are roughly equivalent to that of 1970s TV anime, so the limited movement isn’t necessarily a handicap if the goal is to faithfully recreate the look of Series 1.

What the game seems to do very well is deliver a constant stream of excitement, whether it’s Kodai shouting at the top of his lungs, Yamato‘s main guns delivering a knockout punch, or a bonus round that gives you another chance to walk the razor-thin probability of a jackpot. Either way, you’re sure to be entertained…if you can get yourself into a Japanese Pachinko parlor, that is. 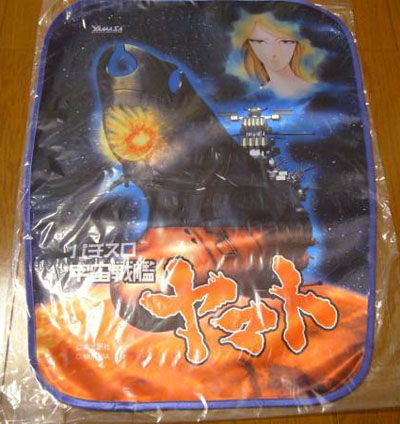 Merchandising for the game has generated only a handful of trinkets so far; a guide book (above left), and two Pachinko mainstays: a set of 5 LED lighters (above right) and a personal seat cover (left). All are essential gear for a long day at the Pachinko parlor.