More Releases from Other Companies

These waters run deep and dark… 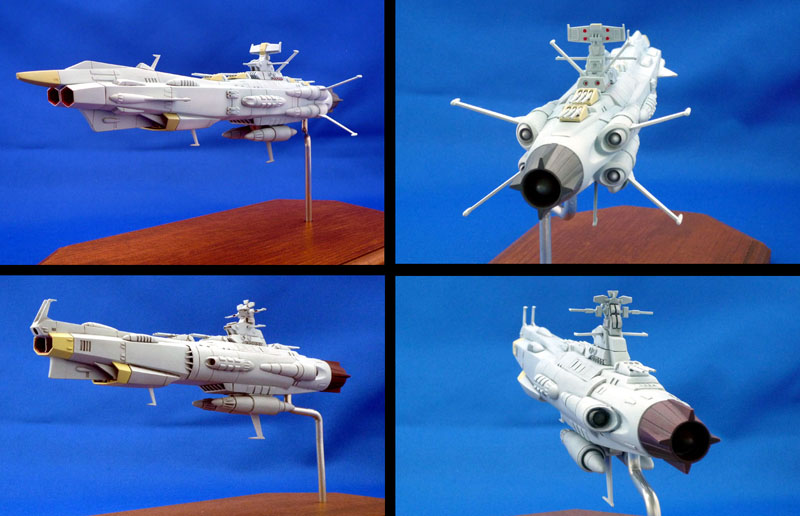 Aoshima is one of the oldest plastic model companies in Japan, having been founded in 1961. They’ve explored many paths, even one that closely paralleled Yamato back in the early days (see their prodigious Red Hawk Yamato lineup here. In 2011, they returned to the fold with beautifully-crafted versions of Andromeda and an EDF Battleship.

Another new entry into the field is a company with the chummy name of “Love Takos” (Tako is Japanese for octopus). Their interest is firmly rooted in the eclectica of Series 1 as evidenced by this Floating Continent, Gamilas Goblet, and Ultra-Menace Missile.

Love Takos created something else you didn’t know you needed: a barren planet Earth (from Series 1) with a light bulb hanging over it. You can then buy differently-colored Planet Bombs to put over the bulb and fill your room with the eerie glow of radiative pollution. Cool, huh? 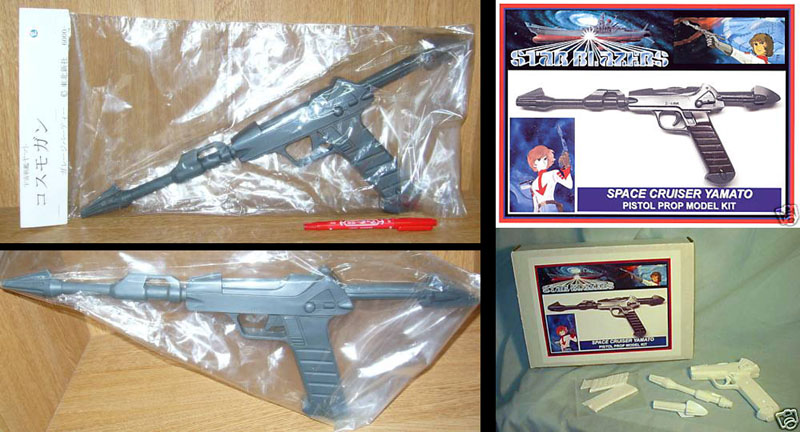 A pair of Cosmo Guns. The one on the left was made by “Garage Party.” The maker of the other is a British company called Frontier Models. See their online listing here.

“UFO Man Gallery” released this imaginative version of the Comet Empire’s Gatlantis City in 2006, which comes in very few pieces but can be lit from inside; perfect for your next Star Blazers party table! Click here to see a gallery of photos.

Mirage Ocean made the kit shown above left, probably the definitive version of the British ship Prince of Wales from Yamato III. The maker of the finely-detailed Comet Empire Battleship is unknown, but both of these kits are worthy of a closer look. 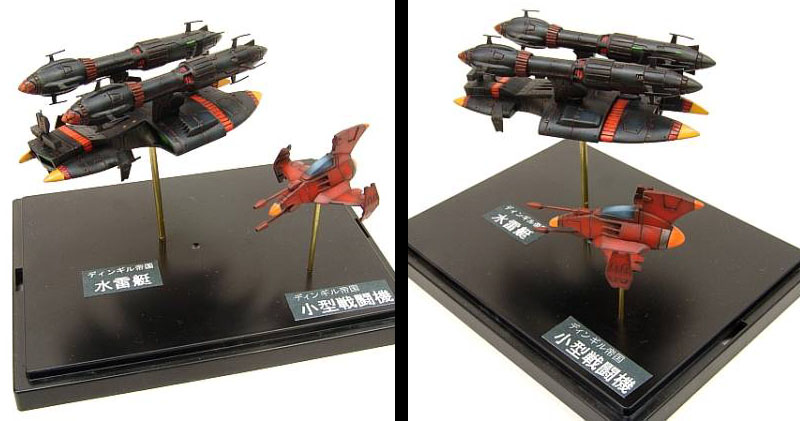 These gorgeous Denguil ships come from yet another unknown source, but they hold the distinction of being manufactured only by this single company–whoever they are. See a gallery here. (7 images)

The Russian space battleship Novik is one of the least-remembered ships from Yamato III, but that didn’t stop someone from creating an exquisite garage kit version.

See a gallery of this handsome kit here.

One more Arizona, this time from a company named Oshiage Shop.

The Dark Nebula battleship Pleiades makes another rare appearance, this time in a one-off kit from a company named Flat Factory. 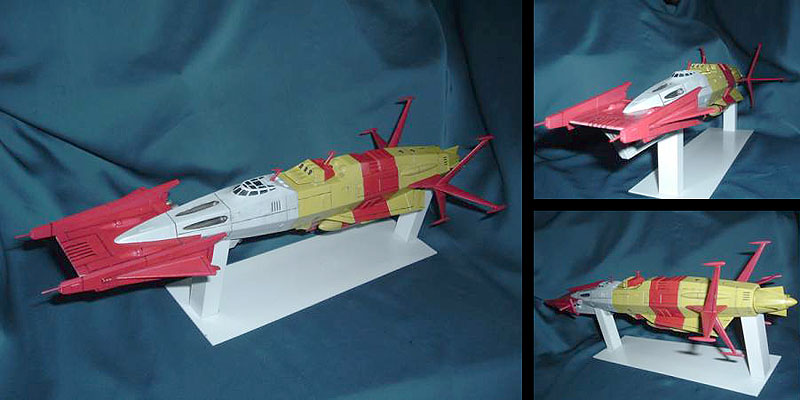 The maker of this impressively-detailed Yukikaze is unknown, but clocking in just short of 18 inches makes this one a record holder for length.

One more andromeda? Hey, why not? This one comes from a company named Maltakya Fanfan Card. That name makes sense to someone.

Here’s a Comet Empire carrier from someone else to keep the good/evil scales in balance. 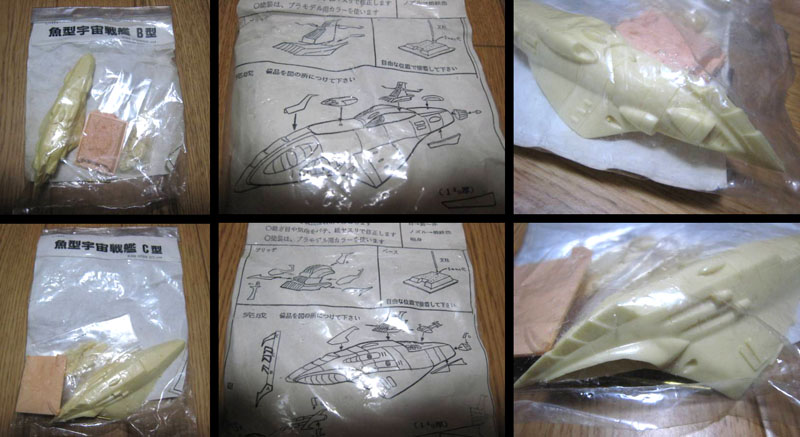 We enter the world of no-frills packaging with two variants of the Gamilas Destroyer from an unknown maker.

Next up, a Cosmo Zero, Black Tiger, and the extremely rare Seamless Plane from Series 1.

Three more: a Type-100 Recon Plane, Domelus II, and EDF Carrier. No expense was spared on these packages. Zero.

This Gamilas Dive Bomber comes from another unknown company and at 2000Y (a little over $20) looks to be one of the least expensive garage kits around.

Two versions of Shulz’ Gamilas battleship from the Pluto base. The one at left is made by a company named Beograd. The maker of the kit on the right is unknown.

Here’s a very cool and unusual idea: a crew seat from Yamato‘s bridge released in 1/6 scale from a company named P.U.T. By no coincidence whatsoever, it’s just right for the various dolls and figures made by Liberty Planet or Zero Goods Universe. (See them here.)

Model factory is a company with just three known kits, a modified 1/700 Yamato an EDF Cruiser, and Okita’s battleship.

Not all garage kits need to be mecha. Here are two versions of the oft-forgotten but ever-beloved Balanodon [Balanosaurus] from Series 1. The version on the left comes from an unknown maker. The one on the right comes from toy company Marmit. Technically it isn’t a kit since it comes in a single finished piece, but you can never get too much Balanodon.

These are three examples of just how eclectic the garage kit realm can get: different styles of ceramic Gamilon goblet from a company named Fujimoto Kiln, and a modification kit for Bandai’s 1/700 scale Yamato by someone who thought the pulse laser batteries needed improving.

Here’s proof that a garage kit doesn’t actually have to be a kit: a sheet of custom decals to decorate a Black Tiger model with (among other things) the “shark mouth” nose art that only appeared at the beginning of series 1 before it was abandoned to make production easier.

Watch this page for future updates!