On site for the production of Be Forever Yamato in the summer of 1980, this is direct hit reporting! Interviews took place with ten people from the main staff, including Chief Director Tomoharu Katsumata and Assistant Director Kazunori Tanahashi. Be Forever Yamato is the topic, along with “Warp Dimension,” the first new method in anime history. Could this secret possibly be discovered? The editorial department of The Anime acquired special coverage in this attack on the Yamato main staff…! 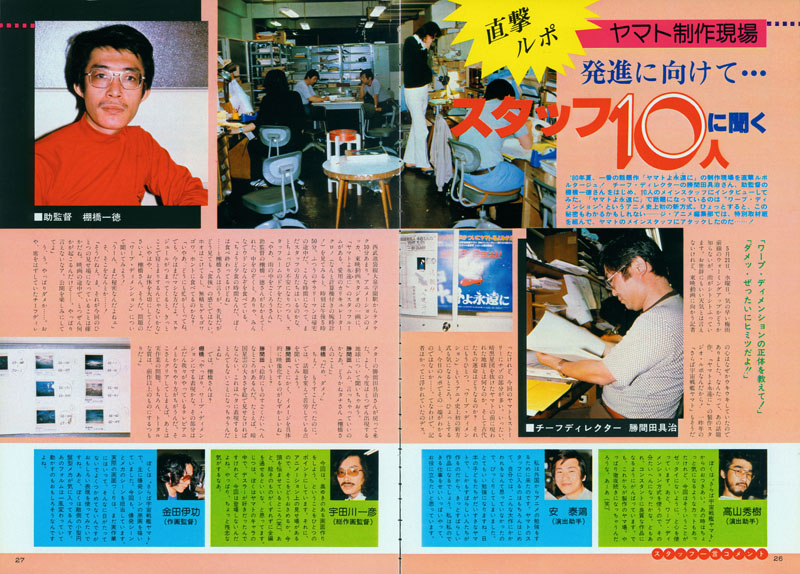 “No, This is Absolutely Secret!”

It keeps raining as a preview of the rainy season. Despite the bad weather, my heart throbs since I, the reporter, am heading to Toei Animation Studio–because the topic is a production report on Be Forever Yamato! As with Farewell in the year before last, there are a lot of mysteries in this Yamato story.

What actually is the Earth that appears after passing through the Dark Nebula? And what will be the fate of Kodai and the other Yamato crewmembers? And one more thing…I’m anxious about the first new method in anime history called “Warp Dimension,” and I might possibly understand it by the end of today’s reporting. That was why my feelings were so high.

My destination is about ten minutes away from the Seibu Ikebukuro Line at Oizumigakuen Station. There is a Be Forever Yamato staff room at Toei Animation Studio, the Mecca of animation. The time on my favorite Curriculator Chrono (a wristwatch with a computer!) is 5:50pm when I see it. Ordinary salarymen are in the midst of their homebound commute. Is the staff still there at such a time?

I became a little uneasy when I knocked on the door to the staff room. 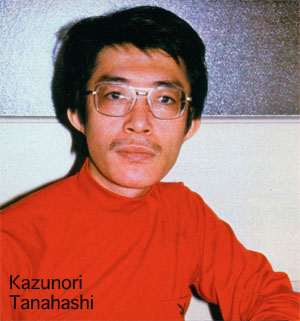 “Thanks for slogging through the rain,” says Assistant Director Kazunori Tanahashi as he welcomes me. I look inside and everyone is eating Udon.

“It’s time for dinner now. I have finished, though.”

Tanahashi says this, but since his cheeks are sunken and he has a short, scruffy beard, he looks as if he hasn’t eaten anything.

“Well, it is hectic these days. Yet, it’s better for now. Once the schedule gets tighter, I’ll probably have to stay here overnight.”

Do take care of yourself, Mr. Tanahashi.

[Editor’s note: in our “making of Series 2” coverage, it was learned that the design of Shinmai in Series 2 (Royster in Star Blazers) was based on Mr. Tanahashi.]

So. Let’s hear about the facets of “Warp Dimension!”

“Well, it is still classified.”

I know, but just a fragment would be fine…!

“All right then, one certainty is that it will really be something to see this time. A certain event suddenly happens in the middle of the movie, but…I cannot tell you any more. Just look forward to the release.” 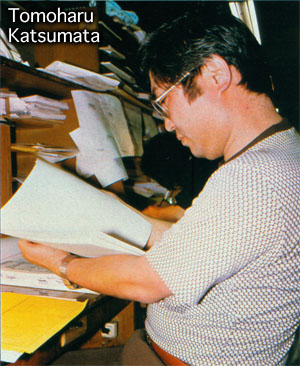 Then the chief director Tomoharu Katsumata finally comes back from off-site. Okay, let’s ask him about the abrupt appearance of the Earth.

Katsumata: Hmm, what can I say about it? What do you think, Tanahashi-san?

Tanahashi: No good, no good.

Not again! So close. Then let’s change the topic and hear about something else that is giving them hardship.

Katsumata: Some of these scenes are seriously difficult. For instance, the scenes showing the size of the Dark Nebula. If you don’t express it properly, everything goes totally wrong.

Tanahashi: Concerning the expression of Warp Dimension, it’s very different from the usual method for TV anime. Even when it becomes clear, there’s still the problem of practical application. Of course, it will be much higher quality than the previous work. 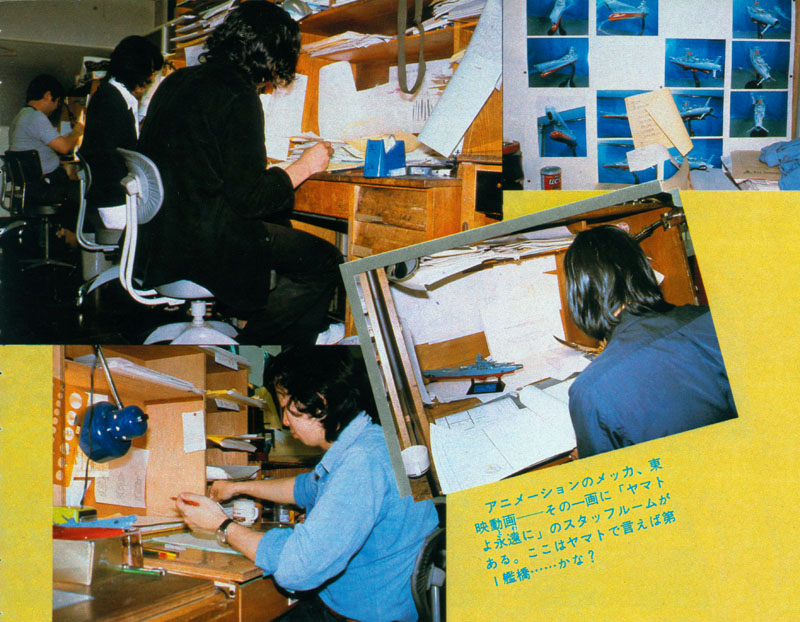 The Yamato Staff Room is Filled with Excitement!

Various people go in and out of the staff room. In particular, Mr. Sekiguchi from the production department suddenly appears with a scene pack, then just as quickly disappears.

Sekiguchi: It is sure to get even busier. It will probably be hell here in July. (Laughs)

Oh, and–? On the wall are photographs of a Yamato model. It seems a wide angle lens was used, so the front and back are somewhat exaggerated.

Katsumata: I asked for those from the photographer. We are paying close attention to perspective to give a more solid impression this time. That is used for samples. Indeed, we can get a more realistic feeling if we use a model.

Speaking of which, there is a plastic Yamato model nearby on the desk of animator Kaoru Senguchi. This is the kind of research that supports Yamato. While admiring this, I check my watch again; it’s already past 8:00 pm. Hmm, I’ll have to go soon. However, the mysteries of Be Forever Yamato are not solved yet.

I still wonder what happens to Yamato after discovering the Earth. It would be good to at least get a little hint.

Katsumata: I don’t know if this is actually a hint, but in the art for Farewell to Yamato we showed the beauty of death. In Be Forever Yamato, we want to express the beauty of life. Leiji Matsumoto says it is necessary for young people to survive and live. We want to treat that with care.

Hmm, that must be why Kodai and Yuki returned alive [in Series 2]. Anyway, the main staff vows, “this work will be greater than the last one!” They are enthusiastic for Be Forever Yamato. Our expectations will never be betrayed! 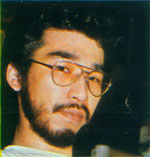 I came on board with Farewell to Yamato. At the time there were scenes that made me a bit anxious, but I’m used to it this time. Also, we adopted the Warp Dimension system and it makes things harder. Anyway, we work hard to make everything consistently good. But this is the climax of the production, so there will probably be some all-nighters, after all. Groan. (Laughs) 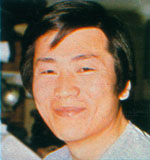 I came from a foreign country to study anime. Needless to say, this is my first time as a Yamato staff member. I never thought I’d be able to participate in such a masterpiece, so I am surprised. It has been a very good study. Japanese children love it, and because wonderful people are making it, it is sure to be a wonderful film. I work as hard as I can to support it. 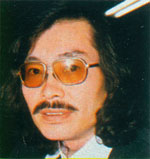 We’re making a point of giving scenes more depth this time. Also, because the animation is such a highlight now, I’m wracking my brains over it. (Laughs) I keep my eyes on the overall tone of all the Yamato character images. I like Dessler the most, so I’m a little disappointed that he’s not appearing this time. 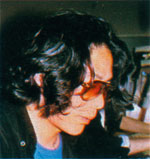 I mainly drew animation of explosion scenes in Farewell to Yamato. This time I’m in charge of explosion scenes and mecha scenes. Actual animation drawing is just about to start and I’m not yet used to it. But I’m hoping to give it some unique and fascinating expressions. I like the small disk-shaped mecha of the enemy side. That form is particularly interesting to move around. 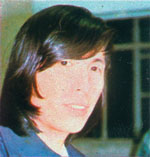 I’ve animated just the mechanics of Yamato since Series 1. Mostly the main body of Yamato; I’ve never gotten to draw a person at all. (Laughs) Anyway, Yamato is very detailed and it’s hard to move it. I’m emphasizing the perspective this time to give a more three-dimensional impression. I think it will bring out more power than before. I always keep a model of Yamato on my desk to stay in the spirit. Please watch the movement of Yamato! [Translator’s note: owing to his experience, Senguchi was the first to earn the title of “mecha art director” in anime.] 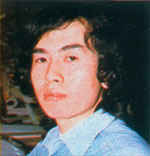 It is my job to check the unique mechanic touch of Iko Kaneda to watch for odd movements. Anyway, I want to bring power to the screen. I worked on both Farewell and Yamato 2, so I’m aware of how they compare to each other. I work hard to convey the charm of animation to the people who will watch it. It is pretty serious, after all. (Laughs) 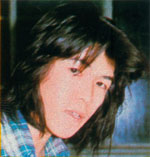 I’m in charge of character animation. I was an animator on Yamato 2, but I’m working on a masterpiece for the theater this time, so it’s pretty intense. I like the Yuki character, but it’s difficult to draw, because I am still inexperienced. Anyway, there are people who like the drama called Yamato and others who don’t but I want them all to see my animation work. 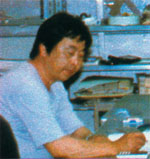 The number of scenes is enormous because it’s a blockbuster, more than two hours long. My job is to eliminate confusion and make it easier for the others to do their job. I’m in charge of taking various steps to make the work even higher in quality. Though this is my first time working on Yamato, I’m surprised by the weight of it. Even if it is not so now, the work will surely become formidable in July. (Laughs)