The Beauty of the Image is Preeminent 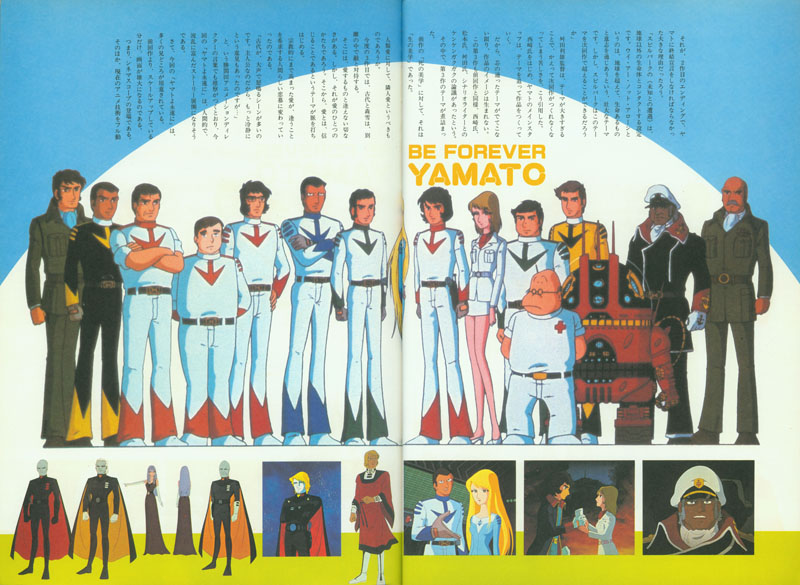 Interviewer: First, Mr. Tanahashi, you’ve walked with Yamato for a long time. Would you speak about your “earnestness”?

Tanahashi: When I got the offer for the first series, I already loved this genre and Mr. Noboru Ishiguro was the chief director. That was the beginning of my career. Also, I was charmed by their approach when I read their plan. It was like an SF adventure movie with a realistic flavor.

Interviewer: Tell us about the time the first work was made.

Tanahashi: One of the things I treasure about the first series was the darker color combinations designed by Leiji Matsumoto. There were many different animators and the characters were attractively designed, but in terms of the unique tone of Yamato, I think it was created by Noboru Ishiguro.

Interviewer: How did you meet Toshio Masuda?

Tanahashi: At the end of the first series, the audience rating improved overall. Mr. Nishizaki devoted himself to the work very much, and with the forming of the fan club we started a plan to compress the series into a single movie to commemorate it. I made a rough digest but it needed to be shorter, and that’s why Mr. Masuda came on to supervise it. I worked with him and learned a great deal.

Interviewer: Is there a part of Be Forever Yamato that stands out from the previous works?

Tanahashi: We can say that the finished picture is much cleaner this time. Since it switches over to Cinescope about halfway in, I think you’ll see what I mean about showing a different standard.

Interviewer: I hear there is an interesting [secret] method being applied to the picture.

Tanahashi: With Scanimation, the picture has been electrically processed, and the picture is enhanced with this method. This is strictly a confidential matter, and it’s planned as a surprise.

Interviewer: Will the appearance of the characters be the same as in the previous works?

Tanahashi: Yes. Because Be Forever Yamato advances from The New Voyage TV special that was broadcast last year, the characters appear almost unchanged.

Interviewer: This time the heroes Kodai and Yuki are separated. Could this be called a new expression of love?

Tanahashi: It is about love at a distance. It is more clearly presented than before.

Interviewer: In your own words, Mr. Tanahashi, what do you think is the charm of Yamato?

Tanahashi: The charm is the character of Yamato itself, which is enough to fill up even a big screen. That and the music. Even I was surprised at first at the use of a full orchestra. It’s not just background music, it can be appreciated all by itself. That’s because Mr. Nishizaki highly values the importance of music.

Interviewer: What is the key point of Be Forever Yamato?

Tanahashi: Of the three films, I think this is the most beautiful. Specifically, I think it’s because the movie was helped by the big organization of Toei Pictures, the talented engineers and the special effects team.

Tanahashi: I think I can say that you can see this work without tiring of it because Yamato warps to many places this time. I think that’s the highlight.

Interviewer: It sounds like the fast tempo will be breathless.

Tanahashi: The areas with a fast tempo are, of course, a highlight, and you can feel the sense of excitement for a longer time. After that, you could say that it’s considerably different from the previous work in a visual sense. 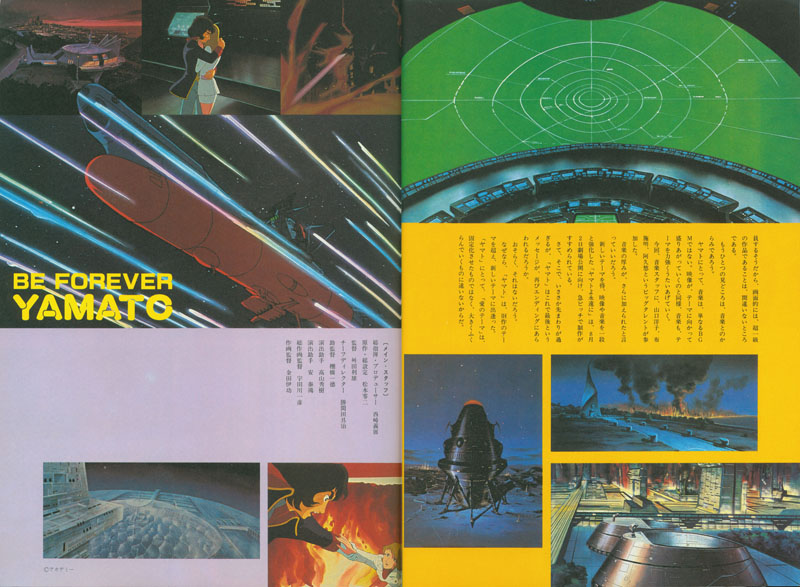