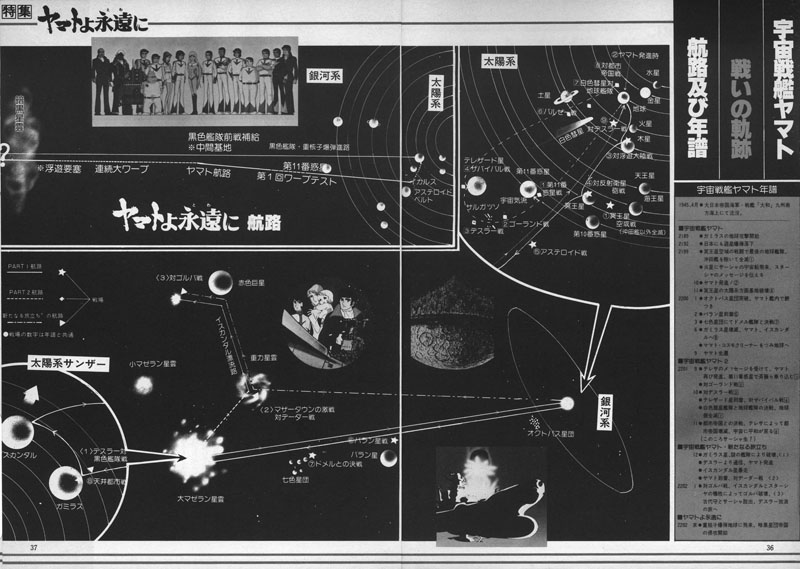 2189: Earth is openly attacked by Gamilas

2199: The last Earth fleet is completely destroyed in the Pluto area, except Captain Okita’s battleship (1)

November – Destruction of solar system base on Pluto (4)

November – decisive battle with the Comet Empire, annihilated by Teresa. Peace returns to the galaxy [8] (Sasha is born at this time?)

December – Planet Gamilas is destroyed by a mystery fleet <1>

Iscandar is thrown out of orbit

2202: The invasion of Earth by the Dark Nebula Empire begins with the arrival of the Hyperon Bomb 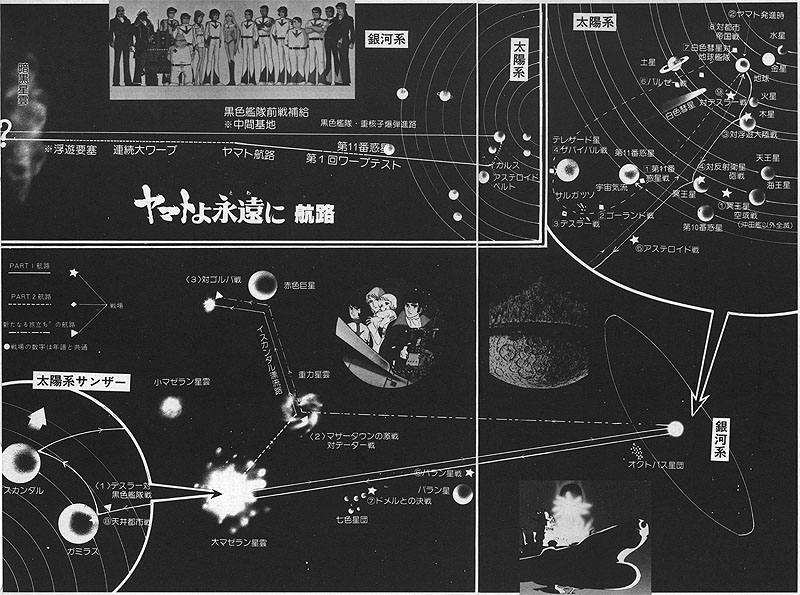 Editor’s note: Though this chronology represents the first valiant effort to put events on a unified calendar, it is hamstrung by a line of narration at the beginning of The New Voyage that places it at the end of 2201. For this to be true, all of the Comet Empire war would have had to take place in just two months. Unfortunately, there are too many inherent contradictions for this to be possible. But the author’s heart was in the right place.