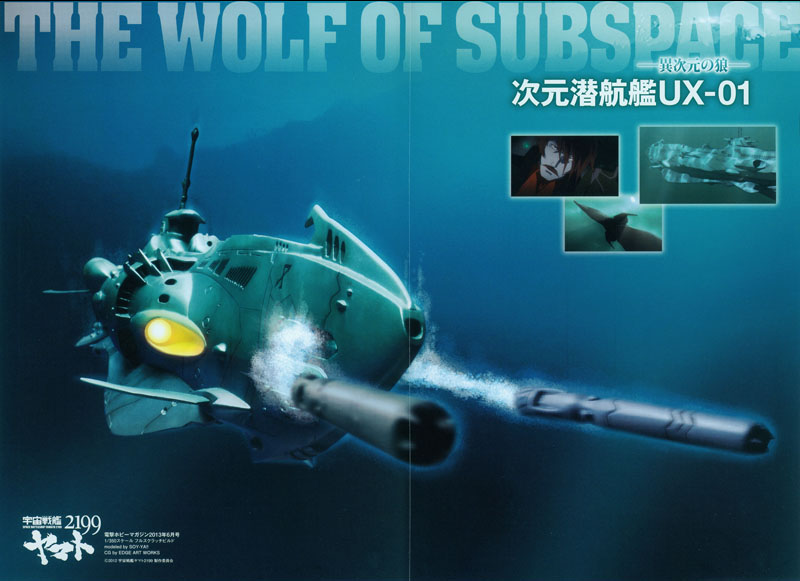 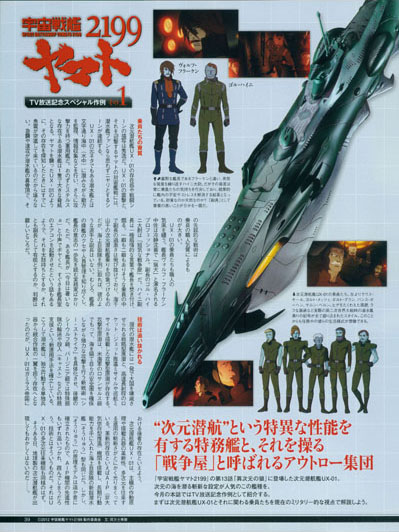 Dimensional Submarine UX-01 is a special combat vessel that traffics in military operations not only in ordinary space, but it can navigate into different dimensions as well. It is positioned as a special forces vessel under Emperor Dessler’s direct control, and although it is under the command of Admiral Dietz, it was deployed against Yamato at the request of General Domel, who was appointed the strategic commander in the Milky Way theater. The captain of the ship is Wolf Frakken.

Usually, it travels by the same Wave-Motion propulsion as other Gamilas warships in normal space (a Geshtam engine), but when diving into a subspace dimension it switches over to a Gesh Vual engine. In order to reduce its propulsion waste in that dimension, it uses a multidimensional phase ballast tank to suppress exhaust, and the ship can resurface by diverting it to control buoyancy. Furthermore, the operating time spent in subspace dimensions is concealed as a top military secret.

To view normal space, a dimensional periscope is provided on the bridge, or a search for the enemy is carried out across the dimensional plane border by a wired probe. Visualization is made possible by switching the probe’s range to X-rays, other wavelengths, and of course visible light.

Unlike the space torpedoes used by other vessels, a subspace torpedo is its main armament, and because they must cross the dimensional plane boundary after launch, they use a miniaturized Gesh Vual engine as a propulsion turbine. Because the research and development of such a vessel is expensive, and its prototype armaments are rare, it was decided that it would strictly operate under the direct control of the emperor. (It is said that Dessler showed a great deal of fascination for its theory and characteristics, and personally promoted the research and development of its weapons.)

In its early experimental stage, resurfacing from the subspace dimension could not be accomplished, and a large number of prototype ships went missing. People who knew of this referred to the ship as “a dimensional coffin,” so crews were not eager to volunteer and the concept fell into doubt. However, when the decorated naval commander Wolf Frakken was selected as the first captain of UX-01, the soldiers who admired him applied in rapid succession. It deployed to battle lines under the utmost secrecy, and brought great success to the military. 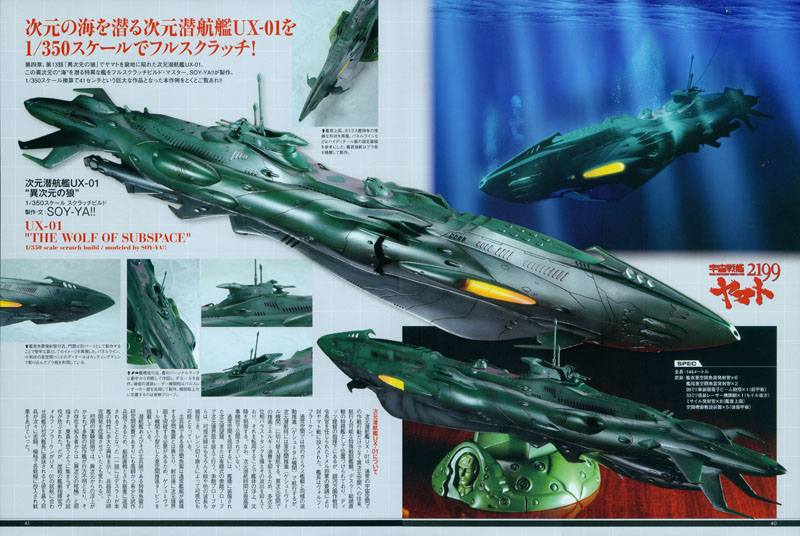 Qualities of the Crew

The depiction of battle scenes with the presence of Dimensional Submarine UX-01 is excellent. The thunderstrike of UX-01 in the interception game against Yamato can make a submarine fan smile helplessly.

The submarines that inspired UX-01 lurked under the literal sea for surveillance of their enemies, military warships that performed intelligence gathering with offensive capability to boot. A submarine has a stealth presence that naturally poses a big threat to a single vessel. Like UX-01’s attack on Yamato, it is unbearable when a torpedo is already rushing in as its presence is detected. Swift attacks and surprise attacks are the true values of a submarine, and its radical tactics are a direct result of the expansive skill and spirit of the crew.

The crew of UX-01 wears the character of craftsmen. Captain Wolf Frakken is a cool and collected Lieutenant Colonel, a true professional who has been nicknamed “The Hound.” First mate Gol Hainy is a “quick-tempered warmonger” who stirs up the captain with inflammatory language. This radical first mate stands out even among a crew rich in both quirks and odd habits, and though his astute handling of the Dimensional Submarine is impressive, there are no other examples of such colorful first mates in the real-life Marine Self-Defense Force [of Japan]. Instead, the staff personnel gets to know all the peculiarities of the captain’s management habits, and are like businessmen who try to stay one step ahead of him. However, if a certain captain grumbles that “it’s hot today,” it seems to result in the air conditioner in his cabin being turned on immediately. Does this mark the competence of the first mate, or make him a sycophant? It’s hard to judge.

To further the strategy of a modern nuclear submarine capable of wiping out a rival superpower in a single blow, attack-style atomic subs exist which carry long-range cruise missiles and high-speed jet/rocket propulsion missiles. This is true of the Los Angeles-class atomic submarine of the US Navy. It embodies the new “Sea Strike” strategy, to perform strong attacks while securing a subjective safety zone. Transport and supply input by the Virginia class, which succeeded the Sea Wolf class, established a technique of special duty support, and in this way a submarine that started as part of a joint-operation strategy can now act as an independent weapon. In the Garmillas Empire, this is how the UX-01 can be described.

The innovation of Dimensional Submarine UX-01 is in its weapons and the operating principle of its main engine, but its true shining novelty is the ability to come and go between dimensions. Speaking of innovative concepts, the new state of the art submarine in the Maritime Self-Defence Force is the Soryu, equipped with AIP (Air-Independent Propulsion) that gives it long-term action capability. Its model and class name are the same.

However, it has long been established that the spirit of innovation will one day catch up and surpass AIP, and Soryu will fade away. Such is the truth of technology, and it should be the same for the multi-dimensional function of UX-01. It may not be such an odd thing for a Dimensional Submarine to even appear on Earth one day‚Ä¶ 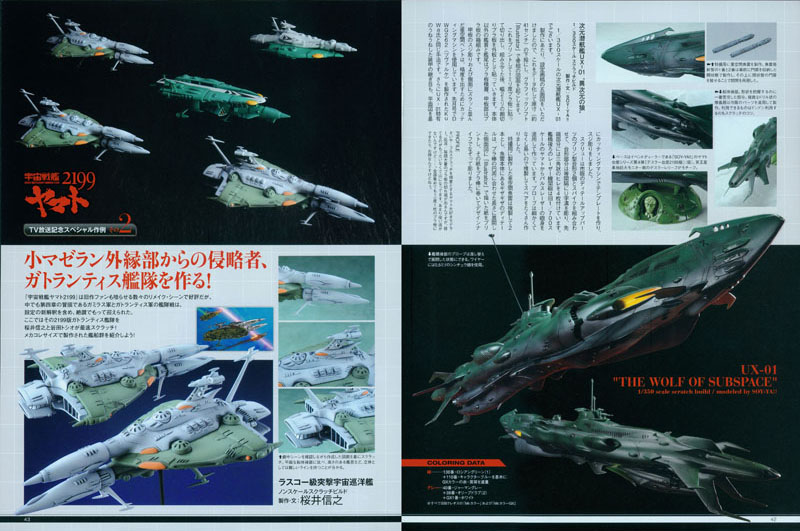 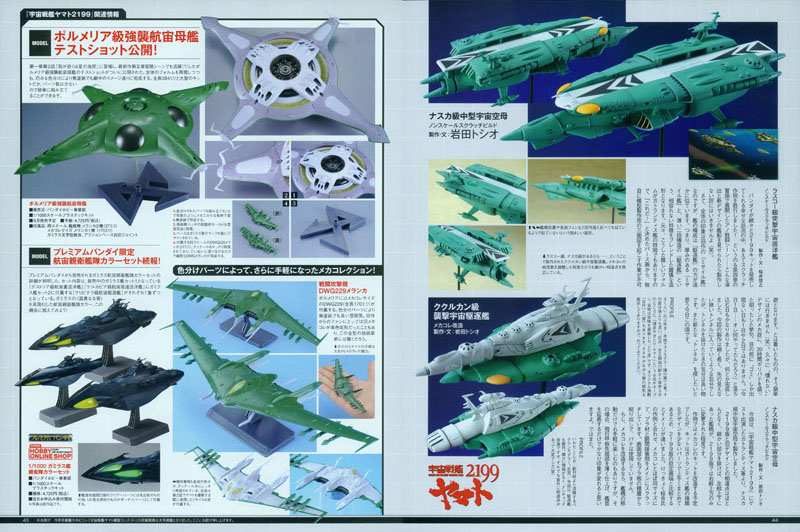 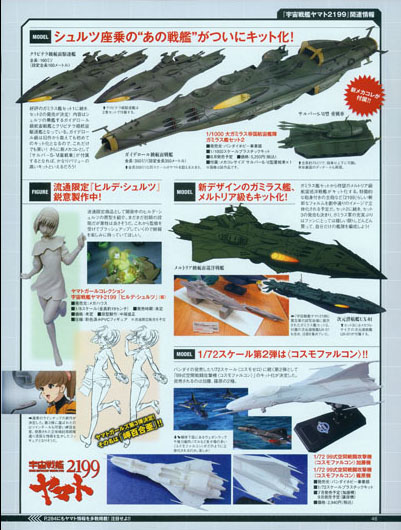 What is the Great Garmillas Imperial Guard, clad in royal blue?

The Garmillas Imperial Guard performs subversive activity on a planetary scale at the beginning of Chapter 5. In support of Dessler this month, we introduce this organization and its expanding influence.

Before the Great Garmillas Empire was formed by Abelt Dessler, the Balerus Knight Hospitallers were the guardians of Grand Duke Eric Dessler.

This order of knights was dismantled in the reformation by Abelt, and with his faction in power these private bodyguards were reorganized into the Imperial Guard. At that time, it is supposed that the young Haydom Gimleh acted secretly. After the declaration of Abelt (the Dessler Doctrine), if an invasion was attempted by a neighboring planet’s military, the Imperial Guard organization would expand. After Gimleh took office as captain of the guard, it grew rapidly as a quasi-military organization. Moreover, the astro fleet was formed for the purpose of watchdogging subordinate planets, and Gimleh’s ambition for national military promotion grew larger.

Although its members were chosen from pure-blood Garmillas citizens in the early formation stage, many personnel were taken in to expand the regular army (mainly the astro fleet), and trouble arose over ensuring the excellence of new recruits. Therefore, the Imperial Guard worked in conjunction with the propaganda ministry for the purpose of training the youth. Penetration of the principles of Garmillas was carried out by organizing the empire’s children into the Dessler Boy Scouts and the Garmillas Girl Alliance.

However, when the Astro Coast Guard Fleet was founded, it was determined that replenishment of personnel was not possible, and Imperial Guard headquarters made a dreadful decision about the development of children. They selected the best members of every grade, such as general and executive members, and cloned them to create fleet personnel. 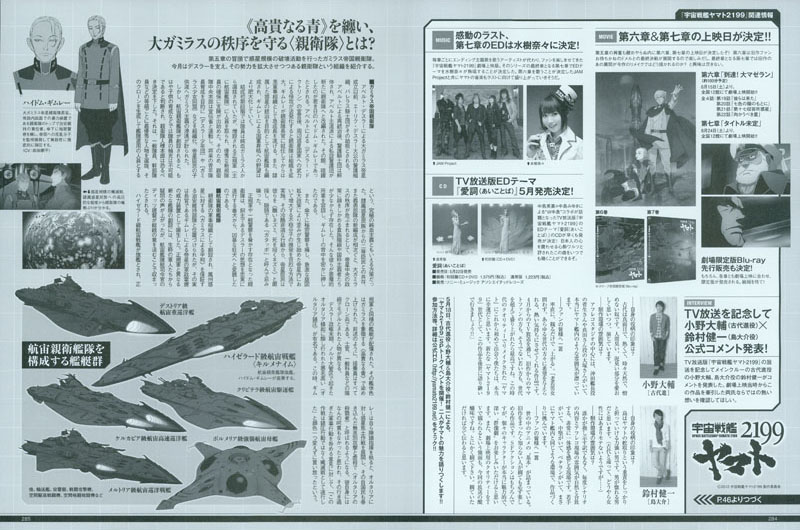 This policy could be called the principle of ultimate pure blood. It is said that Great Garmillas was anxious about co-existence with second-class subjects from subordinate planets and the successive formation of the volunteer forces, and nationalists among the aristocracy who frowned on the policies of the Emperor were not few in number. As such, they accepted the demonic behavior of Gimleh, and secretly gave him their support.

Additionally, the secret police were under his influence, and when the Imperial planet began its policy of rapid territorial expansion, an increasing number of dissidents was exposed by severe methods. The cruelty subjected upon these citizens by Imperial subjects lead the dissidents to deride them as “ugly rats” and “death rats,” and the code word “Gattapo” [similar to “Gestapo”] was developed.

The Imperial Guard even came to threaten the regular army and general police, and the “watchdog” that faithfully carried out his owner Dessler’s intentions mutated into a ferocious “mad dog.”

This was founded as the military wing of the Imperial Guard, and although it was positioned to maintain public order and ensure peace on the home planet, it functions as the muscle for military control of the empire with Gimleh as its Director General. The creation of a new fleet, separate from the regular army, caused questions to be raised among pure military men, and it was supposedly settled by Astro Fleet Grand Admiral Dietz working the will of the Emperor

The Haizerad-class Astro Space Battleship was established as the flagship of the Imperial Guard with vessels of the regular army deployed with it. Their royal blue color symbolizes Gamilas. As mentioned earlier, all crews are clone soldiers organized by class rather than rank.

The notorious “Alteria suppression” was carried out on the occasion of an uprising in the Nord district of Planet Alteria near the end of the Dessler administration. At this time, Gimleh independently spearheaded a planet-scorching strategy, and came to be called the “Butcher of Alteria” for the indiscriminate attack and slaughter of his own subjects. Instead of criticizing it as military movements that went too far, he himself declared, without any pangs of conscience, “this operation isn’t a suppression action, but rather a battle of extermination that drove them out” without changing his expression one bit.