Episode 25 of Yamato 2199 was unique out of the entire series for having three different edits, each with progressively more footage added. A week and a half before the theatrical version was released on August 24, 2013, it was announced that some footage had to be left out in order to make the deadline, but the story would not be compromised. That footage totaled about 8 minutes; some of it was promised to appear in the TV broadcast version on September 22 with the rest to follow on the home video release in October. This gave fans a way to extend their 2199 experience just a bit longer, and put this particular episode into a category all its own.

For the sake of preservation, here is a complete breakdown of the first half of the episode, in which the bulk of these edits were made. There are many differences ranging from single shots to entire sequences, and even some subtle alterations that represent the thought process of the director. A few non-essential shots have been omitted for the sake of page length. 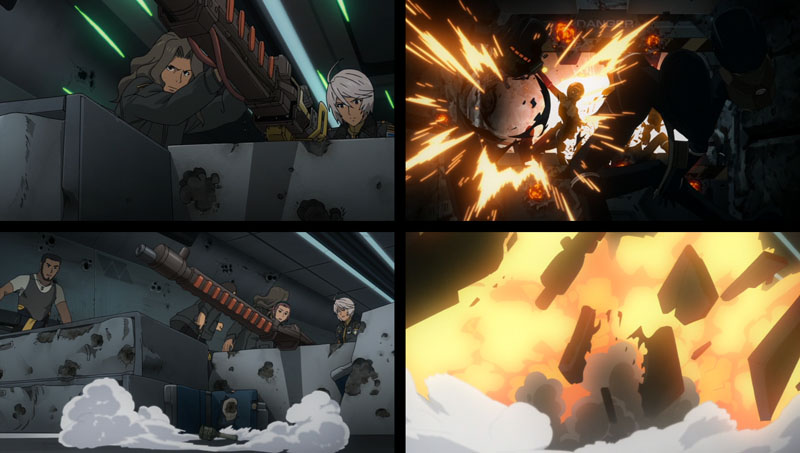 From the second half of the episode: during the Gamiloid raid, the theatrical version lacked this scene in which Yamamoto and Shinohara come to the aid of their fellow pilots by hauling in a machine gun from Kodai’s Cosmo Zero and cutting loose, demolishing the invaders. However, a grenade scatters them and the assault continues. 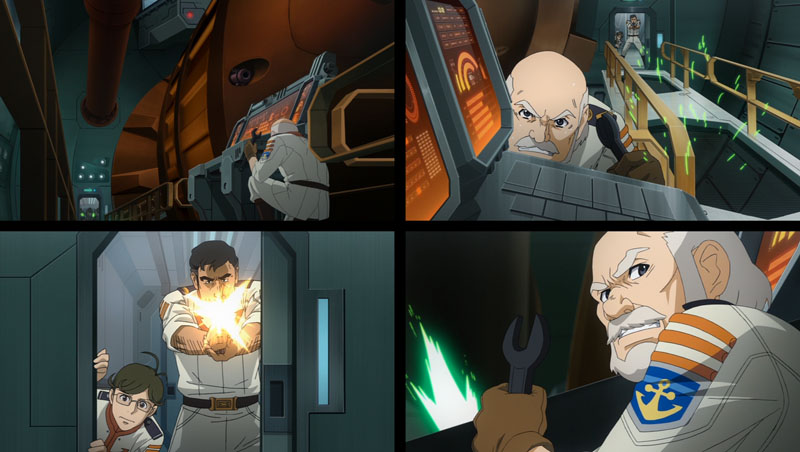 Elsewhere in the second half, another scene missing from the theatrical version depicted Tokugawa refusing to budge from the engine room.

For a broader look at changes made to all the episodes of Chapter 7 between the TV broadcast and video release, click here.