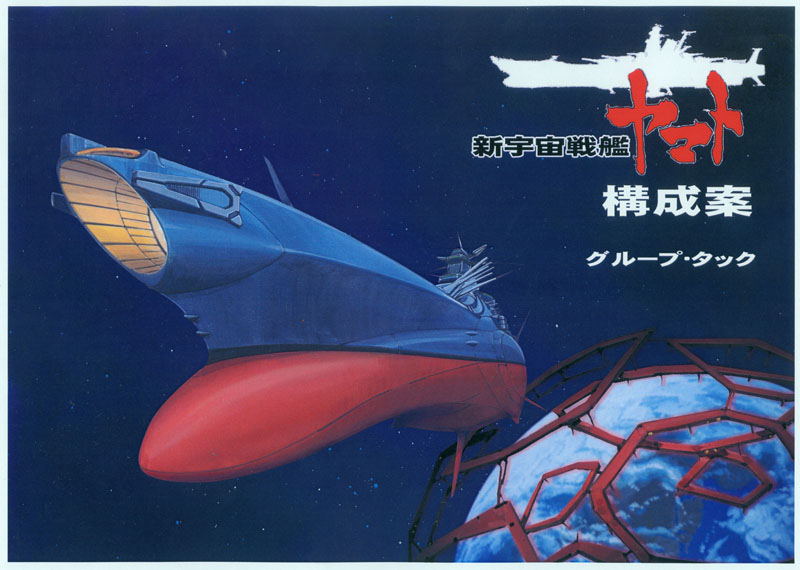 Cover art for the series proposal. Click here to read it. 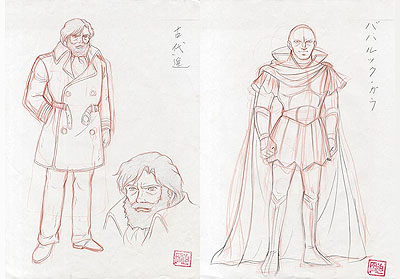 The best part of researching any subject for an extended period is unearthing previously-unknown treasures that eluded widespread knowledge. Leiji Matsumoto’s Eternal Story of Jura, Yuki Hijiri’s eclectic Series 1 manga, and a handful of other artifacts have made Yamato history a continuing source of surprises even after all the corridors of its past were thought to be explored.

But this one is something extra special.

As recounted here, the turn of the century was not a particularly good time to be Yoshinobu Nishizaki. His attempt to revive Yamato with two ambitious projects (Yamato 2520 and Yamato Resurrection) ended with failure and bankruptcy, and the 20th century ended with him incarcerated for a series of ill-fated personal decisions. Leiji Matsumoto was riding high as the supposed inheritor of the franchise, creating the Great Yamato manga and making plans to finally weave the legendary space battleship into his own mythos.

Despite his circumstances, Nishizaki wasn’t about to abandon his legacy. A complex series of lawsuits against Matsumoto culminated in victory when story development rights were returned to Nishizaki in 2004. Tohoku Shinsha Film Corp. retained the overall copyright, but now the legal initiative to create new Space Battleship Yamato stories was back in Nishizaki’s hands.

Fresh from his win, he spearheaded the development of a fresh story with the working title of New Space Battleship Yamato along with a production company named Group TAC. It was conceived as a TV series and feature film, developed in great detail despite its creator’s continuing status as a “guest” of the Japanese legal system. For whatever reason, however, Tohoku Shinsha did not back the project. It went into the discard pile, Nishizaki was paroled in 2008, Yamato Resurrection was revived after 15 years of suspended pre-production, and the lifegiving reboot of Yamato 2199 became a reality.

During these years, the only people who knew New Yamato even existed were those who had worked on the series proposal, one of whom was Nobuhiro Okaseko. If that name doesn’t ring a bell, take another look at the original character design from the 1974 series. That was his work, too.

Jump forward to April 1 2014, exactly ten years after New Yamato was in development. Seemingly out of nowhere, the complete proposal package for the series appeared at the online auction site of Mandarake, Japan’s leading retail source for anime and manga merch. There were two parts to the auction: a text and mecha design portion, and a complete portfolio of original Okaseko character design art. (From this I strongly suspect Okaseko himself was the seller, but I have no evidence to back it.)

With help from like-minded fans, I assembled enough cash for a serious bid. I forced myself out of bed in the wee hours of April 9 to watch my deputy agent in Japan wage virtual battle against what had to be a very elite group of fellow collectors. Bidding was already high, but not nearly as high as I’d anticipated. We still had a comfortable margin to work with. As closing time approached, a flurry of last-minute bids drove the price higher and the auctions both went into overtime. As is typical of an online auction, the deadline auto-extends if a bid occurs just before closing.

The deadline auto-extended several times, making for a long, suspenseful hour. At one point, it looked like trying to win both auctions was going to break the bank, and I instructed my agent to let the character art go so the text material wouldn’t be lost. But bidding leveled off a few minutes later, so I got back into the game for both.

In the end, as you must have guessed by now, we were victorious. The entire package had been rescued from obscurity. And I don’t use that word lightly; knowing what I know about hardcore collectors in Japan, this material would probably have vanished for good if one of them had prevailed. Instead, the entire world of Yamato fandom benefits from the Cosmo DNA policy: history belongs to everyone.

And now, New Space Battleship Yamato can at last take its place in the sun as a previously-unknown part of Yamato history. Start by reading the series proposal (at the top of the page) and make your way down the page in sequence to discover what might have been. 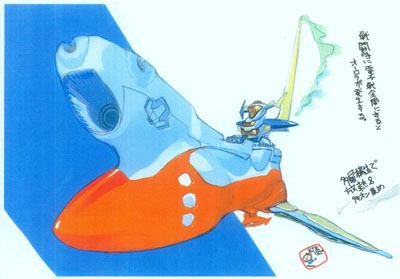 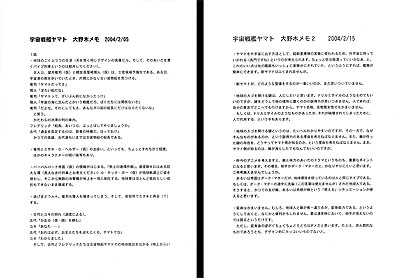 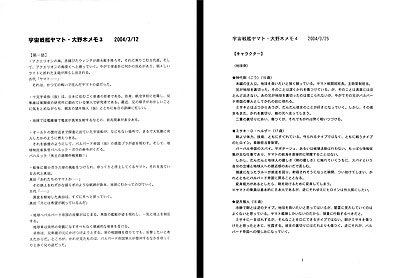 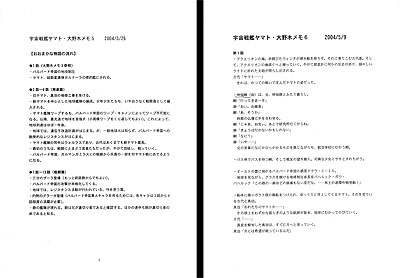 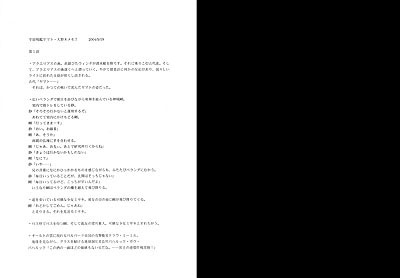 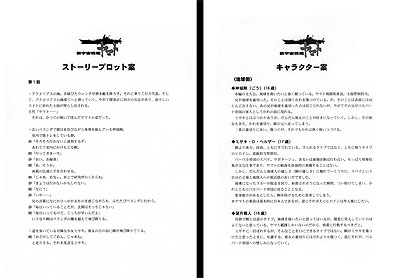 Very special thanks to Michael Pinto, Daniel George, and Patrick Bleakney for the financial support to make this a reality!