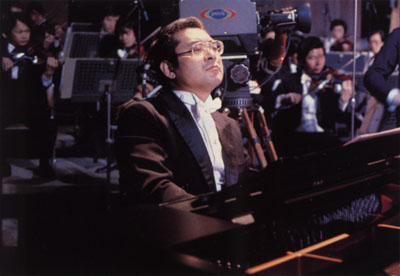 The pianist for Symphonic Orchestra Yamato from 1978 onward, Haneda climbed the ranks to serve as co-composer with Hiroshi Miyagawa for Final Yamato. He then single-handedly wrote and arranged the concluding event in Yamato music, the 1984 Grand Symphony. He and Miyagawa later collaborated on the score for Yoshinobu Nishizaki’s Odin: Photon Space Sailor Starlight, and he returned to the fold once again as the music director for Yamato 2520 (1994). He also pursued a prolific and highly successful career of his own in the field of anime and film soundtracks, working on such titles as Space Adventure Cobra (1982), Super Dimensional Century Orguss (1983), Famous Detective Holmes (1984) and Metal Armor Dragonar (1987). He is best known for composing the soundtrack for Super Dimensional Fortress Macross (1982) and the score for the Macross motion picture (1984).

Read more details about his life and work here. 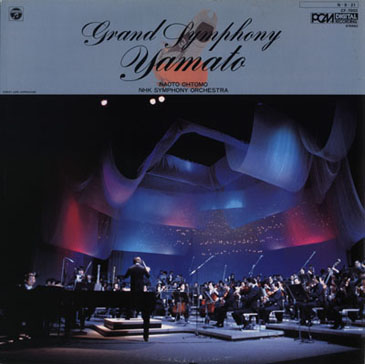 Shortly after completing his work on Final Yamato, Haneda reworked Miyagawa’s best themes and motifs from the saga
into a cohesive, 4-movement symphony that was performed
by the NHK Symphony Orchestra in 1984. It was broadcast
on NHK (Japan’s PBS), and later became the only live
Yamato event to be released on home video.
Read Haneda’s comments about the concert here. 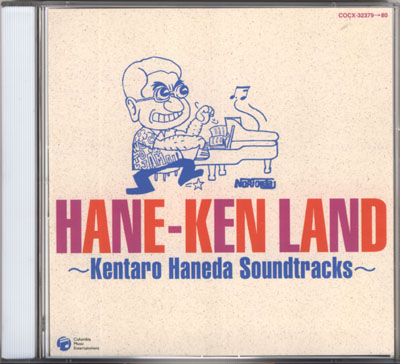 This double-CD collection offers a chronological overview of Haneda’s musical achievements in film and television spanning from 1978 to 1991. Special emphasis is given to his anime songs and soundtrack compositions with extensive interviews and liner notes. Final Yamato‘s “Symphony of The Aquarius” is included, along with tracks from 24 other productions. (“Hane-Ken” is an abridged form of Haneda-Kentaro.) 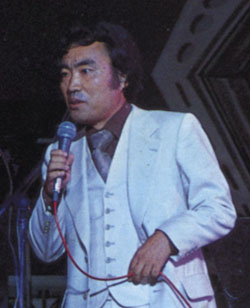 Yu Aku onstage at the
Yamato Festival in Budokan, 1980

Writer, poet and lyricist Yu Aku died of cancer on August 1, 2007, leaving behind a legacy of songs that embody the emotional portrait of the saga. Though his work was entirely excised when Yamato was transformed into Star Blazers, Aku’s song lyrics live on in Japan, where they have become classics of the genre. This is particularly true of the famous opening and closing theme songs from the first TV series, which long ago entered Japan’s pop-culture consciousness and are doubtless heard every day in a karaoke studio somewhere.

Aku dabbled in poetry and men’s manga during the 1960s, but his real claim to fame was as one of Japan’s most popular songwriters. Numerous awards propelled him to the top of his field where he became a powerful voice of contemporary culture. When he was tapped in 1974 to write lyrics for Miyagawa’s opening and closing themes for Yamato, it was only the beginning of what would become an enduring partnership. (Read an extended bio for Yu Aku here.)

Shown here are a few of his many published works, along with some memorable quotes from the Yamato production years.

It can be said that our period of history is starving for romance. To put it more dramatically, this is a sad time in which the people forget to breathe. But perhaps we don’t have to be disappointed. For it was the young people who, realizing their hunger for love, set Space Battleship Yamato out on a journey again. I believe in the seed of romance that grew in my heart, borrowing the form of Space Battleship Yamato. (1978)

From the first voyage of Space Battleship Yamato (which was not exactly wrapped in waves of applause) to the latest work, I have participated in the long voyage as a lyricist. The lyrics and melodies have continued the journey of some million light years. I wonder how many of them will become bright stars and how many will crumble to dust.

Is Space Battleship Yamato a story of the future? Is it a space story?

Even though it appears to be, as long as it excites people in the present day, then it is a story about the modern world. Perhaps I want to prove that I, a minute particle, can rise above the gravity of Earth. This time, I wanted to write about how the love of all us minute particles provides links in a chain that flows through space to build the entire universe. (1980)

The ten years in which I was involved in the production of Yamato were filled with my respect for the producer. Learning about the miracle of applause generated by peoples’ passions is deeply meaningful to me. (1983)

2 thoughts on “The Giants of Yamato Music”