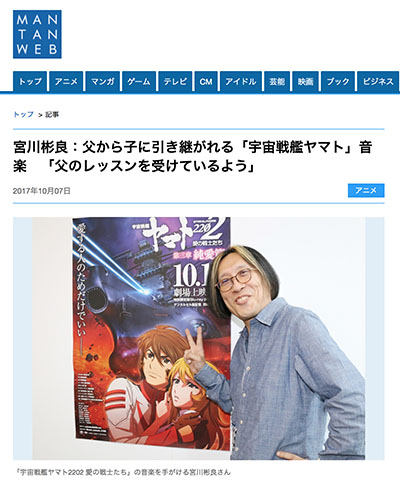 Akira Miyagawa: Space Battleship Yamato music passed on from father to son. “I seem to have received my father’s lesson”

Akira Miyagawa, who is in charge of music for Yamato 2202, the latest installment of Space Battleship Yamato, inherited the music of his father Hiroshi Miyagawa, who participated in the first Yamato, Farewell to Yamato, and others. We heard Mr. Miyagawa’s thoughts on facing the music that his father created.

I intended to refuse at first

Mr. Miyagawa, who is also the popular composer of NHK’s serialized TV novel Hiyokko, is in charge of the music, following on from Yamato 2199. He said that when he was offered the chance to participate in 2199, he said, “Are you still doing this?”

However, “I went to the meeting to say my piece and and I intended to decline. But when I met the director Yutaka Izubuchi and we put our heads together, it turned out we had the same ideas. I had fun talking with him. For me, participating in Yamato is as heavy as raising a child. It’s a big thing to carry on your back. However, it would have suffered if I didn’t do it. If it wasn’t me, it would be hard to live with…” and he seems to have changed his mind.

I may have the same feeling as my father

Since no sheet music scores were left behind from Yamato, Mr. Miyagawa listed to the music left by his father and went through an awakening by making a so-called ear copy, and he made many discoveries.

“It’s called salvage. Personally, I was excited. After all, the structure of the pieces was fascinating. I seemed to receive lessons from my father. There was genius in those tunes, like God was dwelling in them. It’s like Hiroshi Miyagawa was there again.”

Dad said “I’ve exhausted the combinations of the melody.”

I was young at the time, and that was wrong…I thought. The thing is, even when he was in dire straights, he still pursued a new melody. You have a dream, so you can do it, right?

Also among the “salvage” was an impressive piece in Farewell called White Comet, which Akira Miyagawa performed on pipe organ in his high school days. When faced with that piece again, he revealed, “There were things I remembered about the time of that recording when he was conducting me very hard. I had forgotten how inspiring his command was toward me.”

“It wouldn’t be Yamato if it wasn’t a struggle,” Miyagawa also says. He seems to face up to the work without regard for profitability. “I also wrote music that wasn’t requested. I don’t know where it will be used, but I took the time to record it.”

The staff may gather support from fans for 2202 simply because they overflow with such love and passion. 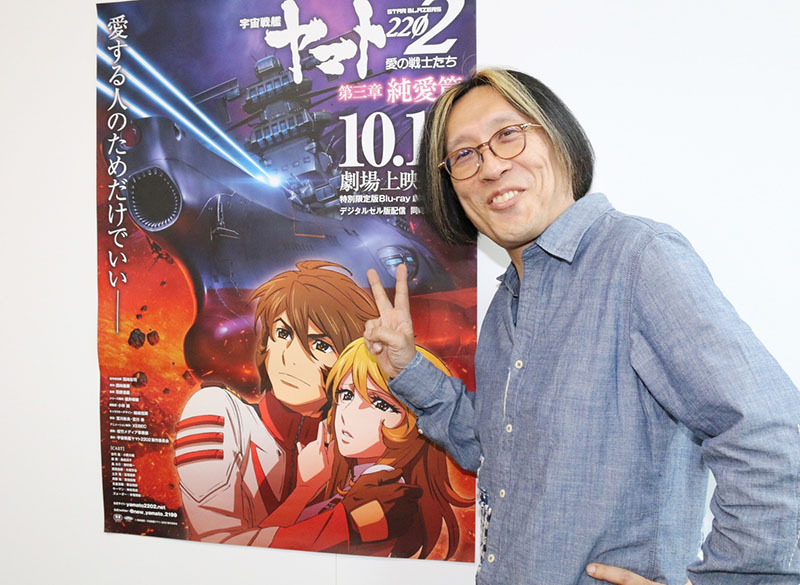