After the explosion of October, activity fell to about a quarter in November but there was still plenty going on, not the least of which was the first trailer for Chapter 4 and the release of Chapter 3 on home video. That and the long-awaited arrival of Yamato 2199 in English kept fans occupied around the world. Here’s the rundown for November 2017… 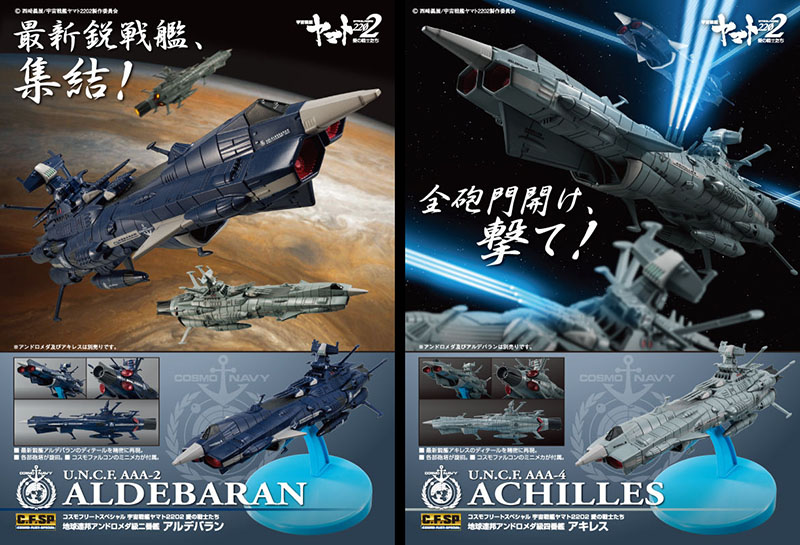 When Bandai learned that there would be multiple Andromedas in Yamato 2202, chops were most definitely licked. “One mold for multiple products? Yes, please.” Following the previous announcement of a Cosmo Fleet Special Andromeda miniature, it’s not at all surprising that Megahouse (a division of Bandai) would roll out these followups ASAP. Both are due out in March 2018. 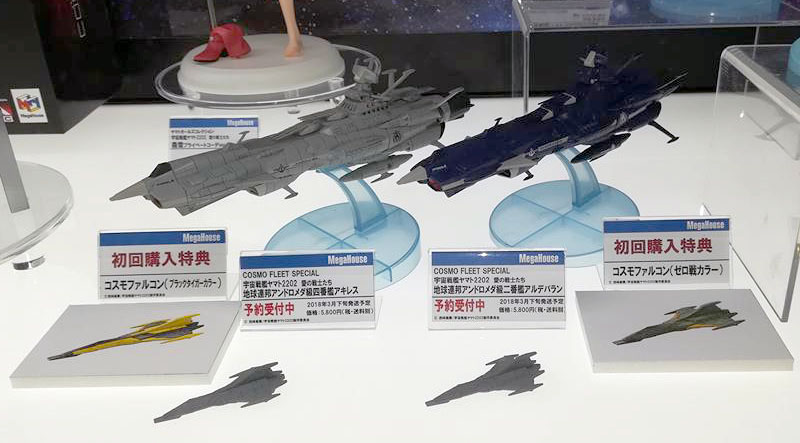 The prototypes were unveiled to the public on November 25, each of which comes with a bonus Cosmo Falcon. (Photo by friend-of-the-website Hiroshi Ban.) 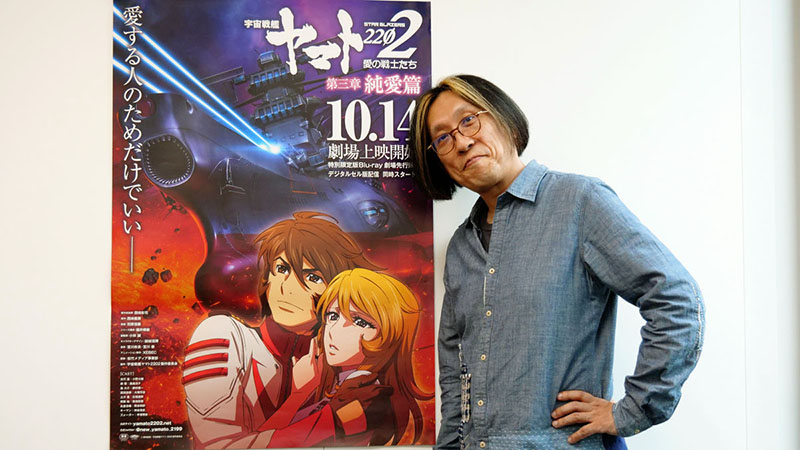 The Chapter 3 media blitz included a healthy run of interviews with Composer Akira Miyagawa, the last and longest of which could be found at the Gigazine website here.

After over a year off, fans gathered again to compare and contrast their latest Yamato observations at Loft Plus One, a nightclub/lecture venue in Tokyo. Well-known artists often donate one-of-a-kind pieces to raffle off. The one shown upper right was drawn by 2199 manga artist Michio Murakawa. (Posted on Twitter by S Katsuki.)

The special collaboration menu consisted of the following items:

The second Mecha Collection mini-kit was announced on this day, a palm-sized Yamato with optional wings. It is scheduled for release in February 2018.

After far too long, Yamato 2199 finally arrived as a legitimate import, streaming at two sources: Funimation (with an English dub) and Crunchyroll (subtitled). Episodes are released once a week on Wednesdays.

Read a news release about the casting at Anime News Network here.

Alexandra Amrine, who has endeared herself to the Yamato/Star Blazers community with her enthusiastic and spot-on Nova cosplay, crossed over into “superfan” status when she started her own Vlog dedicated to all things Yamato/Star Blazers. New episodes debut (sort of) weekly and carry the conversation in multiple directions. 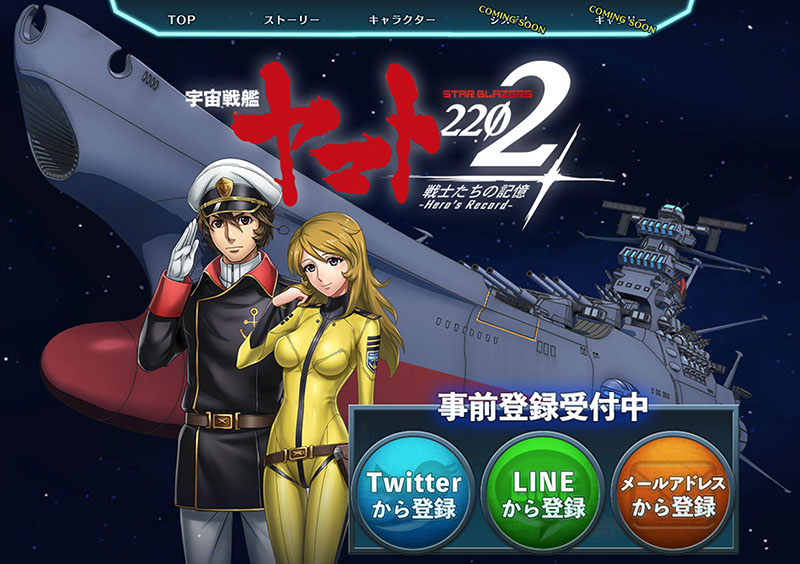 The mobile game Yamato 2202 Hero’s Record has yet to launch in Japan, but the website is full of lovely new character art previously seen in an online promo campaign. Visit the site here.

The final tag of Chapter 3 became the first taste of Chapter 4 on this day when it was condensed down to a 30-second teaser trailer. See it on Youtube here.

That set off a firestorm of online coverage at several sites, which included new character and mecha art, stills from Chapter 4, and the announcement of Koichi Yamadera’s return to the role of Dessler. Additionally, voice actor Kouki Uchiyama was announced for the role of Miru. 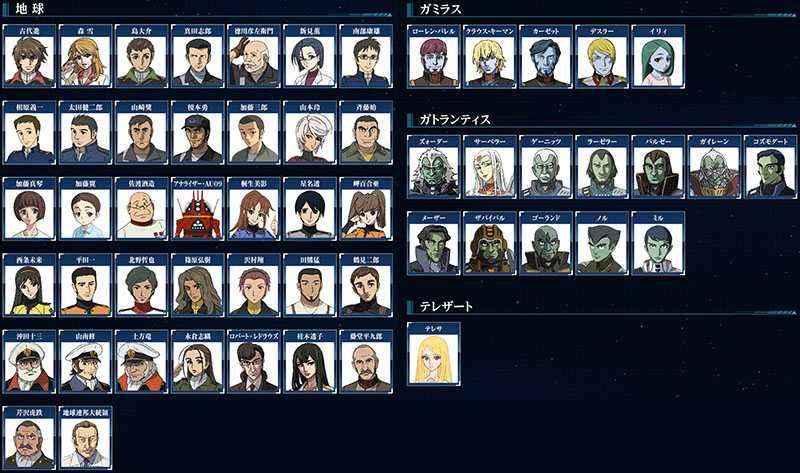 Accompanying the release of the teaser was a long-overdue update to the official 2202 website that finally brought us substantial new data on characters and mecha. See our updated translations for the characters here and the mecha here. 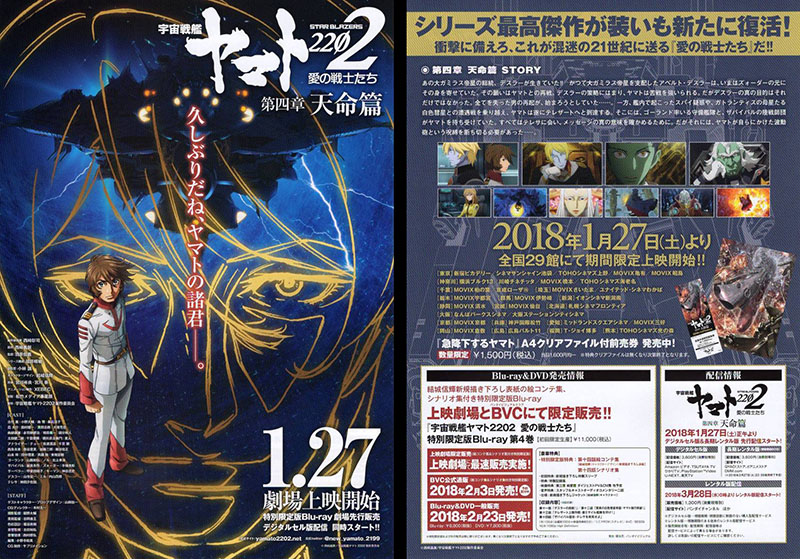 The next Chapter 4 tease was the flyer that showed up in movie theaters, sporting all new key art that makes it very clear who the next antagonist will be. See a clean version of the art at the end of this report. 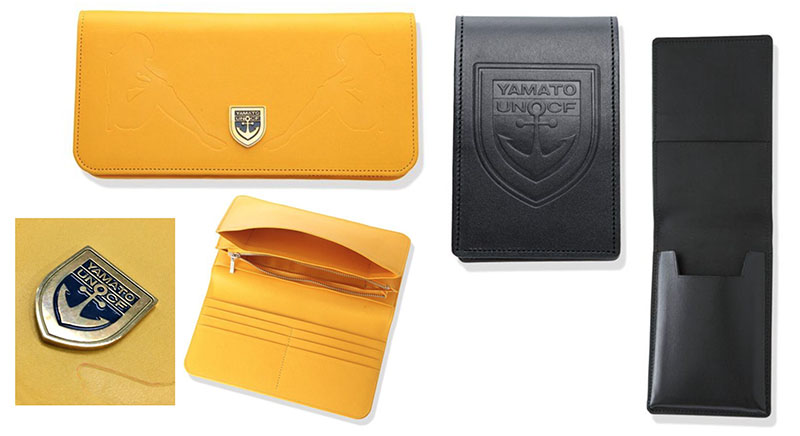 Premium Bandai serves the elite Yamato consumer with high-end products and lifestyle items. Their latest offerings, due out in February 2018, are a Yuki Mori-style wallet and a UNCF business card case.

See the product page for the wallet here and the card case here. 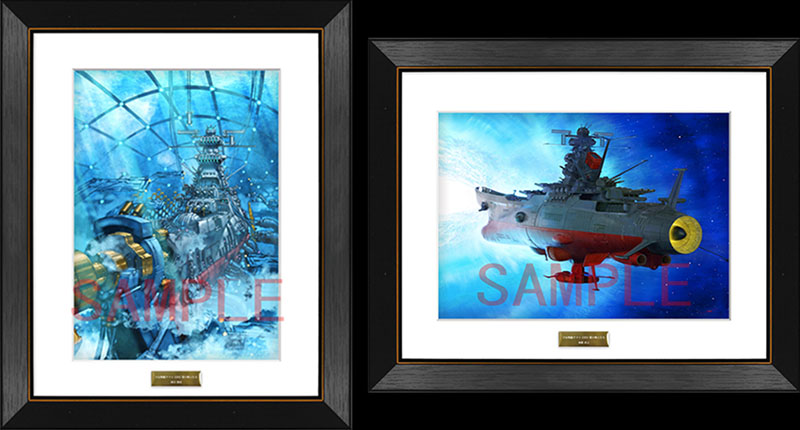 Bandai Visual and Yamato Crew both offered these new 2202 art prints by Kia Asamiya (left) and Naoyuki Katoh (right) for shipping in February 2018. They are reproduced with a high-quality technique called Charafine, which uses up to 12 ink colors to match the original as closely as possible. Each piece measures about 18” x 14” in its own frame.

Renewal time came around again for members of the Premium fan club. In addition to another year of Ship’s Log magazine and event access, the “commencement gift” this time was another medallion, about 2.3” across, featuring one of the most iconic scenes of the series. 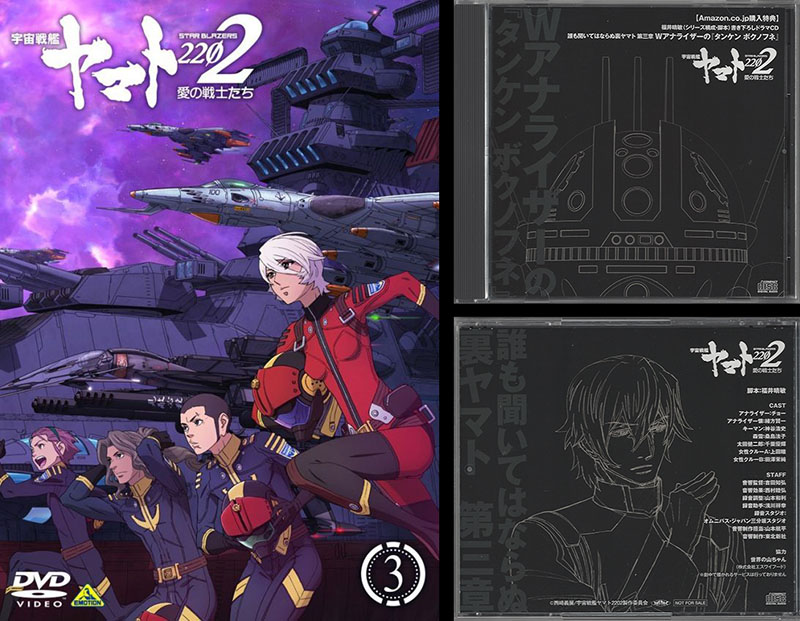 The standard edition of Chapter 3 was released on Blu-ray and DVD with the same interior booklet as the theater-exclusive edition. The Amazon edition came with another audio drama CD, a 20-minute comedic episode featuring original voice actors (Yuki, Analyzer, Keyman and others) in a culture-clash story titled Analyzer: “Explore My Ship.” Hear an audio sample here.

Order it from Amazon.co.jp here. (Still no subtitles.)

The Yamato Crew edition came with voice actor scripts for episodes 7-10 and a custom trading card (at right). 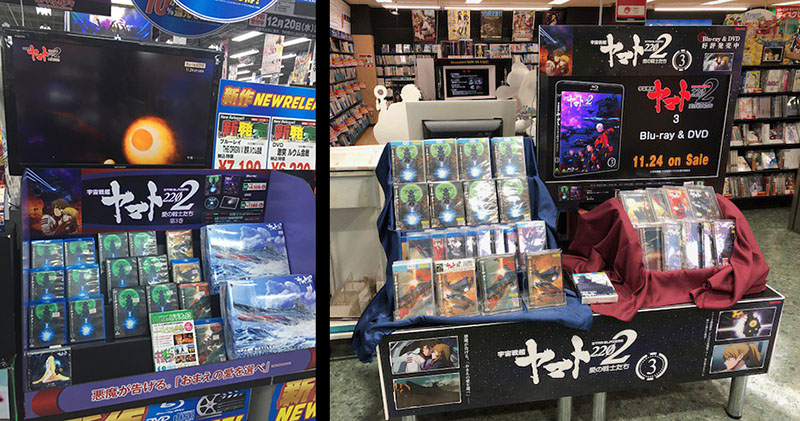 In-store displays with Chapter 3 and other 2202 products.

The next entry in Megahouse’s lineup of Yamato Girls figures is this new rendition of Akira Yamamoto in her 2202 Under Armour flight suit. Standing about 9” tall, it is a fixed-pose figure holding a Cosmo Tiger helmet with clear faceplate. Scheduled for February 2018 release. 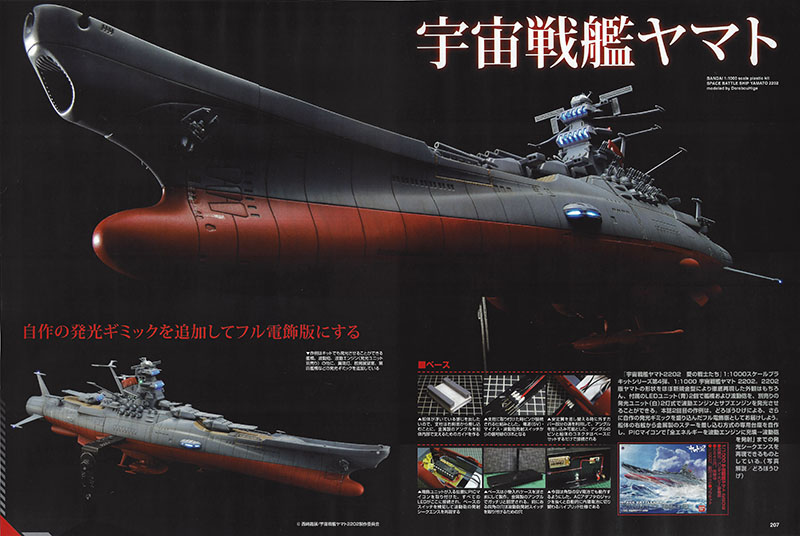 This issue contained a generous 12-page article with a good long look at the new 1/1000 Yamato model, with two more pages covering product and design news. 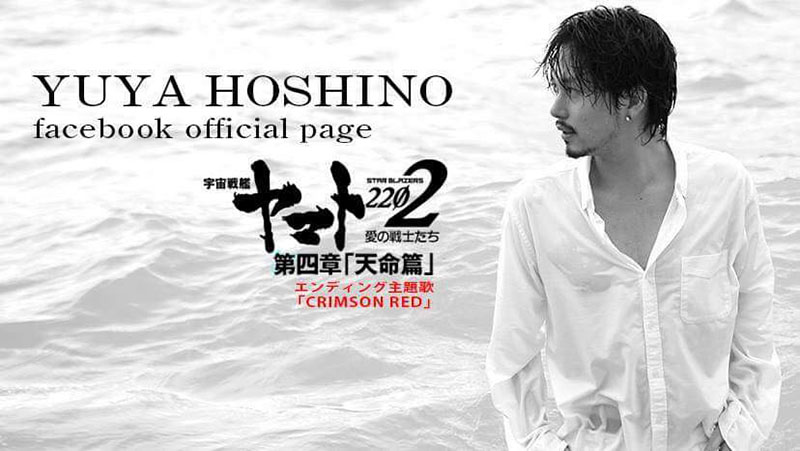 Singer/musican Yuya Hoshino was announced as the performer of Crimson Red, the ending theme for the forthcoming 2202 Chapter 4. The CD single will be released just before the premiere of the film on January 24.

Get a look/listen at his work here. 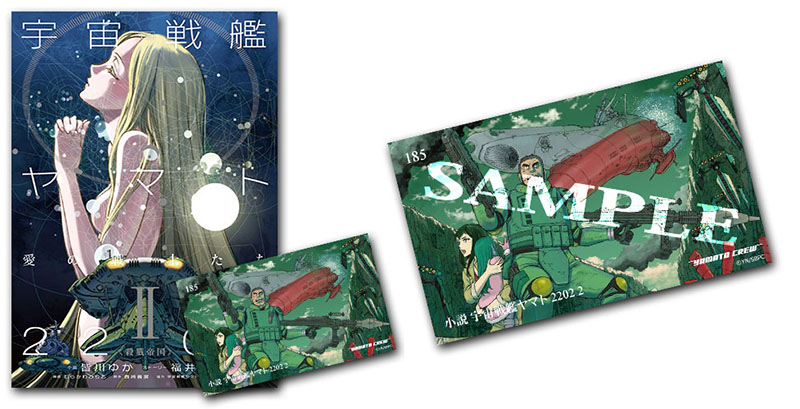 The second 2202 novelization will be published December 26, written by Yuka Minagawa from the anime story by Harutoshi Fukui. Based on the length of volume 1, this should go through Chapter 3/Episode 10. It will contain new illustrations by manga artist Michio Murakawa, and those who order it from Yamato Crew will get a custom trading card (at right).

Murakawa frequently posts Yamato art on Instagram, and you should be following him here. 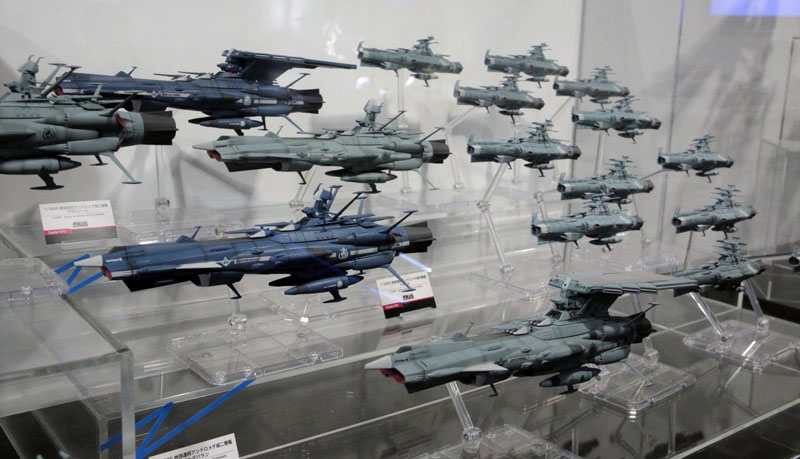 To no one’s surprise, more versions of the Andromeda fleet are slated for release. In this case, they will be part of the 1/2000 “Shining Ship” miniatures line, which so far includes Yamato, Andromeda, and an Earth Dreadnought. Following at a later date (presumably next year) will come Achilles, Aldebaran, Apollo Norm, and Antares.

All these prototypes were unveiled at Premium Bandai’s Tamashii Nations 2017, a hobby exhibition in Tokyo that was held from December 1-3. (It was still November 30 in the US when photos were published online at Dengeki Hobbyweb, Anime Now, and Mantan Web.) 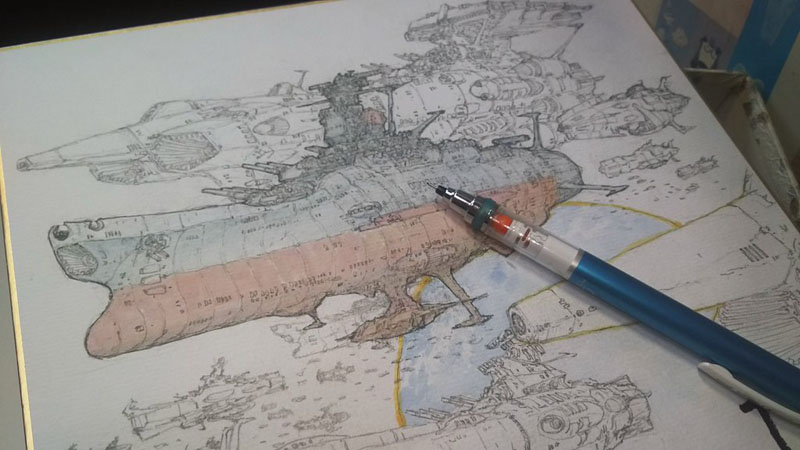 Fans pumped out another round of terrific art for the universal memory album. See a character gallery here and a mecha gallery here. 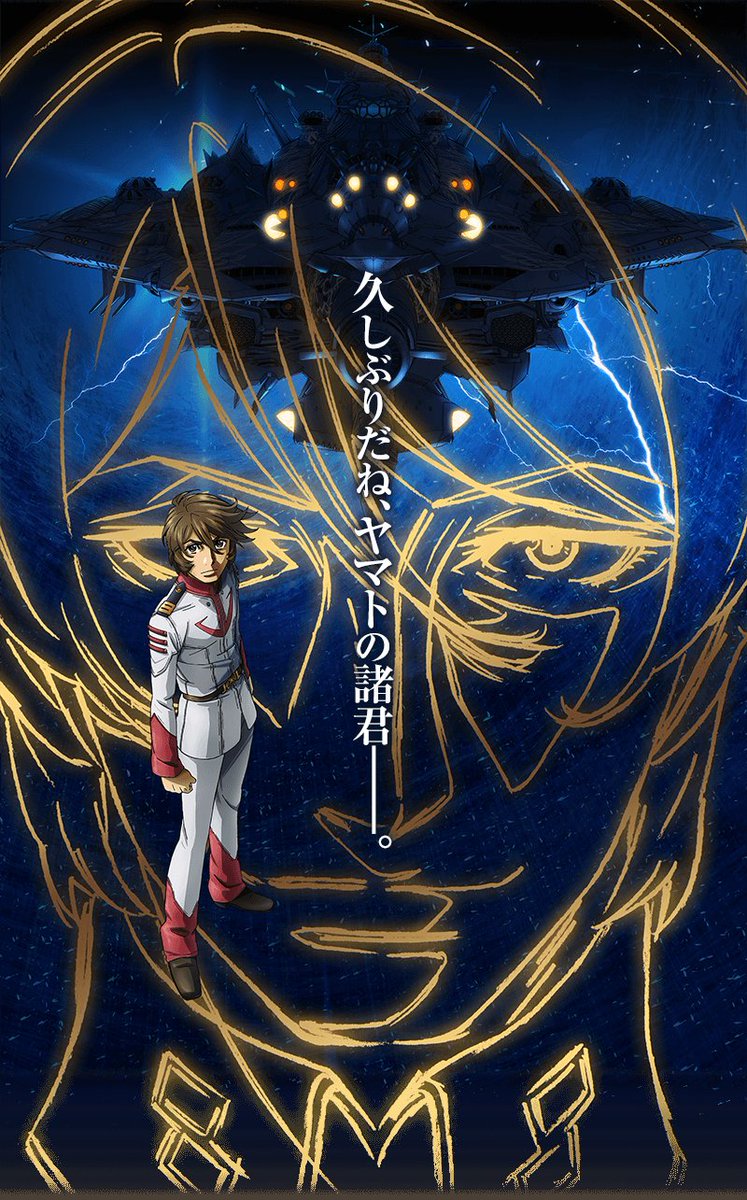 Key art for Chapter 4. The caption revives a classic Dessler line: “It’s been a long time, gentlemen of Yamato.”