As with all the other aspects of Yamato III, big plans for big things had to be radically downsized when the Yomiuri network abruptly decided to cut the series down by half. This resulted in less of everything, including books dedicated to the show. Despite this, interest in Yamato in general was still high, and there was still plenty of creativity in the mix. The series concluded in early 1981, but the promise of another movie loomed large in the future, so books published throughout ’81 and ’82 still had plenty to talk about. All-Yamato compendiums had appeared before, but now there was another TV series to incorporate and another film to speculate about, so a clever publisher could still find a way to put a new face on old content.

Not included in this bibliography are manga titles and novelizations. Links for them can be found at the end of this page.

The third volume in the ongoing series (shown above left) picked up where the second left off in late 1979, covering anime TV programs leading up to mid-’82 which included Yamato III. Subsequent volumes carried on this format, concluding with Part 5 in 1986. 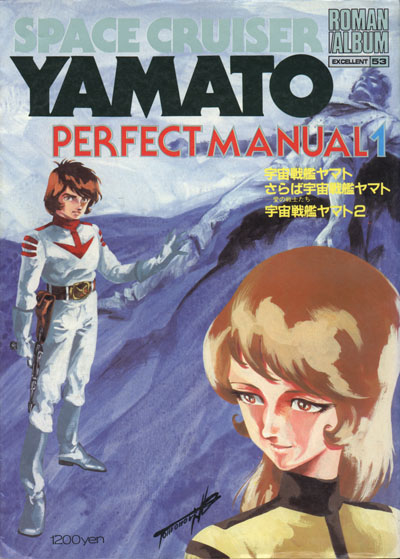 “Excellent” was a new classification for Roman Albums, indicating another step up in both page count and content. With Final Yamato now fast approaching, Tokuma Shoten had limited chances left to ride the Yamato bandwagon, and the Perfect Manuals were absolutely their best efforts. The first volume was a welcome do-over of the first three Yamato Roman Albums, each of which was still special in their own right but no longer lived up to the standards of 1983. This was particularly true for the first TV series, which got far better and more complete coverage here (84 pages worth) than it did in Roman Album No. 1. This included a full-color story guide and model sheets for each individual episode. Farewell spanned 56 pages with an intricate photo-story supported by a large collection of model sheets, which now included many rough designs. Yamato 2 got a more modest 32 pages, but still nicely augmented material in Roman Album No. 31. The book closed with an extensive character catalog for the entire saga and an extended interview with Yoshinobu Nishizaki (read a translation here). 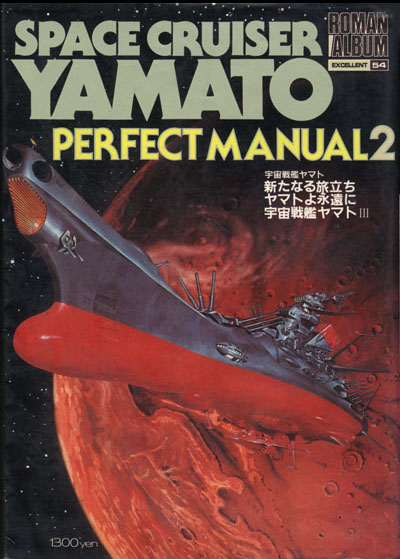 The second volume picked up right where the first left off, delivering a scene-by-scene photostory for The New Voyage that was only rivaled by the Office Academy hardcover book, and made up handsomely for the complete lack of a New Voyage Roman Album. This was followed by an 8-page Be Forever photostory focusing entirely on a single battle scene. 24 pages of model sheets rounded up both films in a single section, then the book moved on to Yamato III for 40 pages of material that made an excellent addendum to Roman Album 43. A basic art gallery followed this, then a huge mechanic catalog covering every piece of mecha across the entire saga with everything grouped by culture. The book concluded with a large section on the planning of the original TV series and extensive cast & crew commentaries, which included a special essay by Leiji Matsumoto (read it here).

Fans were probably never at a loss for “how to enjoy TV Anime,” but this issue of Animage grappled with the topic anyway, using it as a year-end examination of everything on the airwaves. Yamato wasn’t on TV at the time, but a report on the forthcoming Final Yamato earned it another cover with spectacular artwork by Yoshinori Kanada. It was also used in slightly altered form on a commemorative poster, shown above right. This would soon be repeated with another Kanada cover in April 1983.

Compiled and written by longtime Yamato fan Hideaki Ito, this amazing volume came packaged with the DVD Memorial Box for the third TV series and covered a wealth of topics in incredible detail, from the making of the anime to its many forms of merchandising. This book and its companion volumes have provided valuable research for this website, and are highly recommended for serious collectors.

Continue to the Final Yamato bibliography

One thought on “Yamato III Bibliography”