When I embarked upon the voyage of writing and drawing Star Blazers Rebirth in 2005, it was the fulfillment of a long-held dream; when I heard of the plan to make Yamato Resurrection as a movie in 1994, I couldn’t wait to see it. Then it disappeared into oblivion and I decided to resurrect it to the best of my own ability. The result went far beyond my expectations, bringing new readers to this website and introducing me to many new friends. (And when Yamato Resurrection became a reality, the circle was completed.)

But there’s another, longer-held dream that goes all the way back to the early 1980s, and it comes with an admission: I’ve always had a soft spot for Yamato III: The Bolar Wars. From the first time I saw it back in 1984 or so, I found it very easy to get swept up in its promise; a gigantic story with multiple factions and huge potential. Yet, it seems to have been constantly under-supported and under-appreciated, even in its homeland.

It’s well known by now (or should be) that the series met with disappointing ratings on Japanese television and got cut in half by the network; a 50-episode epic was chopped down to 25. Not exactly strangled in the crib, but certainly subjected to a premature demise. The second I learned about that, I thought someone ought to dig up the unused material and revive it in some fashion. Maybe in comics form.

Well, guess what? As with the previous project, that someone turned out to be me.

Like I said, this has been a long time coming. I still remember my first attempt to get someone interested in the idea in 1991. Back then, the playground was quite different; Claude Hill of Westchester films still owned the series and Comico had successfully published the most recent comics adaptation. (Read all about it here.) I was doing some freelance work for Comico at the time, and thought they’d be open to a proposal. There was some talk back and forth, but (obviously) nothing came of it.

Jump forward to 1994: my partners and I at Studio Go! landed the plum assignment of producing all-new Star Blazers comic books for Voyager Entertainment’s Argo Press. I believed that if it lasted long enough, The Bolar Wars revival would be a part of it. This too was not to happen, since our run on the series abruptly ended just as our adaptation of Be Forever was getting off the ground.

But time and circumstances have finally come around to make it a possibility again, and now I’m seizing the opportunity with both hands. It’s time at last for The Bolar Wars to continue. 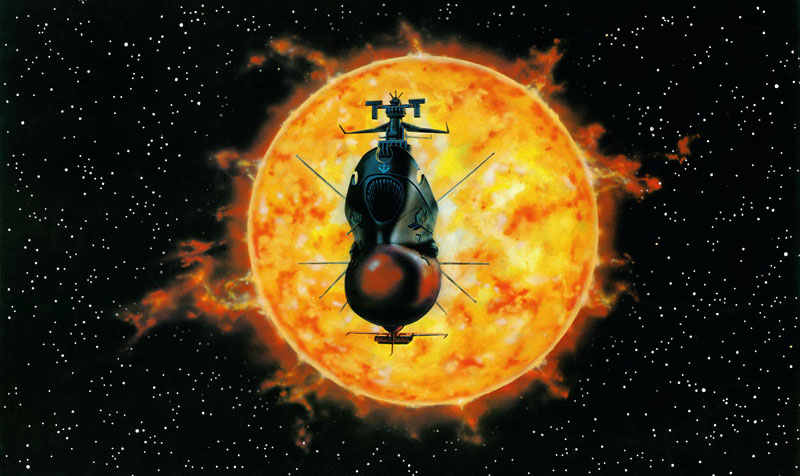 This, then, would be a good point to back up into the vault of history and explore some of the details of Yamato III‘s premature ending in Japan.

The story was initially proposed prior to the development of Be Forever Yamato. Development documents from the post-New Voyage timeframe show the title “Yamato Part III,” and Nishizaki himself explained in Office Academy’s New Voyage book that his concept was to center the next feature film around the sun crisis. Leiji Matsumoto advocated instead that the movie should have a tighter focus on the characters and such a large-scale scenario could be better served in an extended TV series. Nishizaki heartily agreed, and Be Forever Yamato (as we know it) got underway.

Exact dates are elusive, but the lead time for Series 3 would certainly have required that it go into development immediately after writers were freed up from their duties on Be Forever, which would have been February of 1980. Fortunately (especially for the purposes of this webcomic), a great deal of the material they developed was later published for general consumption. Taken as a whole, the original story was epic in scope, enriched by many new characters, battle scenarios, and planetary adventures.

Those who purchased Voyager Entertainment’s DVD box set of The Bolar Wars know something about this material already; the Yamato III Roman Album devoted several pages to the “unseen episodes,” which were translated for the booklet that accompanied the set.

The bulk of the character development was to occur in the latter half, along with a renewal of hostilities between Dessler and Yamato‘s crew. Both Galman and Bolar forces were to become obstacles against finding a second Earth and the stakes would be raised enormously when the solar system itself came under attack. Additional story notes appeared in other books, all of which has been consolidated to serve as a backbone for our webcomic revival. But we’re getting ahead of ourselves here. Back to 1980.

Yamato III premiered on Japanese TV on October 11, just two weeks after Be Forever finished its resoundingly successful run in theaters. By rights, the sheer momentum of this should have delivered record ratings…but it didn’t happen. A number of theories about this have floated around, from the fact that the series simply had too much competition on TV to the ironic notion that Be Forever raised expectations higher than even a small-screen Yamato could meet. Either way, the Yomiuri network gave it a month before deciding it was too risky to keep their 50-episode commitment and cut their order to 25.

The damage to the plot was just the beginning; Yoshinobu Nishizaki simultaneously had to reform his entire company (due to a seismic shift in financing), so the name Office Academy disappeared and was quickly replaced by West Cape Corporation. This occurred sometime in November, at which time Yamato III‘s various licensors reacted by scaling back their own plans.

The TV series was well into production by this time, so the first impact on the story wasn’t felt until episode 9, which aired on December 6 of 1980. The scene has actually become somewhat notorious: after fighting the Galmans at Planet Barnard, Kodai decides things are getting too dangerous to keep the female crew members on board, and he sends them all home along with space pioneer Tomoko Yagami. The original plot had no such turn of events. In fact, the pregnant Tomoko was to remain on board for the duration of the voyage, develop a romance with Sanada [Sandor] and deliver her baby at the end of the series. With that possibility now off the table, she and all the nurses were dismissed seemingly without a second thought.

Captain Dan Hammer was another casualty, a character who would have returned later with a significant role to play. Instead, he met his end in episode 10. The next eight shows remained mainly intact, getting the crew to Planet Galman for their reunion with Dessler. The failure of the fix-the-sun operation in episode 18 was roughly the mid-point in the original scenario, with escalating events that would carry us to new heights from there. Instead, the trip to Planet Phantom became a shortcut to the finale.

The concept of a living planet was first hatched in The New Voyage, but held back until a better opportunity came up. This was the time for it, leading to the discovery of Ruda [Princess Mariposa]. Her role was also meant to be much larger, instigating a love triangle with Domon [Jason] and Ageha [Flash] but there simply wasn’t enough time left for this.

The finale was essentially told as planned, though highly compressed and missing a lot of setup, like a solar system battle of Comet Empire proportions. All of this and more will be seen as The Bolar Wars Extended rolls out in webcomic form. 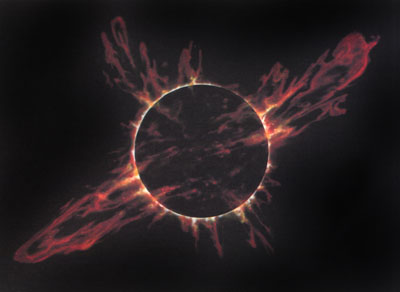 I’m happy to announce that I’m not alone behind the curtain for this one. From the very beginning, I knew this was going to be too big a task for one. In order to do it justice, I wanted to get others involved at the writing phase to prevent this gigantic story from slipping out of control. My choices in partners proved essential: Carol Hutchings and Derek Wakefield.

What unites us is the fact that Yamato and Star Blazers are in our bloodstreams. We just can’t help ourselves – some portion of our brains is constantly churning through facts and minutiae. And we each seem to have a specialty. With Carol, it’s Gamilons. With Derek it’s the EDF. With me it’s the need to pack as much as possible into a good story. Between us, I think we’ll get the job done. (You may remember Carol for this article she wrote about Yamato doujinshi.)

Will we start our story at the beginning of the TV series?

No. Thanks to our translated Anime Comics, we don’t have to. If you want a refresher course, they will always be there. The new material will pick up from episode 18, while the Anime Comics continue to the end of the TV series.

Will we do precisely what the original writers intended?

The latter episodes never got to the script stage, so all we have to go on is concept notes and our own powers of deduction. Fortunately, the notes are pretty extensive and we’ve honed our powers to razor sharpness. There are numerous places where we had to bridge gaps on our own, and sometimes the logistics play out a little differently. But we’ll adhere to the spirit as best we know how. Keep in mind that we’re obliged to tell it as a Star Blazers story, so the rules are slightly different.

Will we adapt EVERYTHING from the concept notes?

No. There were several single-episode plots that focused on a specific character or one-time event. Our intention is to keep everything moving forward all the time rather than put the mission on ‘pause.’ Putting it bluntly, the webcomic will be a filler-free zone.

What about the original ideas that won’t make it into the webcomic?

There are several of those, and they’re all described here.

Return to the webcomic index