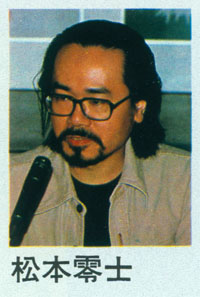 Be Forever Yamato is a Summary of the Past

The upcoming Yamato Part III (Be Forever Yamato) starts with the intention of summarizing all of Yamato up until now. I would like you to think about all the voyages Yamato has taken with Kodai and the rest of the crew in the past. Especially with respect to Starsha’s influence over the entire series, we want to depict the existence of this love. Also, with my involvement in the design, I want to make something the whole staff can have fun with, including myself.

The previous Yamato works had impressive concepts, but I’d like to create new ones even greater than my favorites. For instance, settings that allow viewers to experience the fictional world when it goes into action, and settings that let viewers experience something they have never found in any other SF story. That is the goal of the staff and myself. 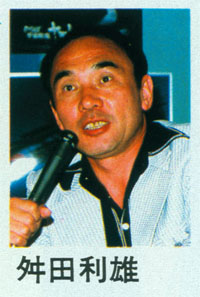 The Last Scene is Now Being Made Desperately

Though many fans have seen Yamato and think they know it well, the heroes Kodai and Yuki have grown considerably. And, after all, the fans who have continuously watched it are still growing. In Part III, we wanted to depict the human drama of a mature Kodai.

Speaking of growth, Sasha is the daughter of Starsha and Mamoru, and she has grown to maturity in one year, which is a characteristic of an Iscandarian. I would like everyone to watch the state of her growth together.

The story is quite different from the pattern before now. Yuki and Kodai will both face challenges like never before. (Though I can’t talk about the details…) I don’t want you to overlook the major theme of Kodai and Yuki being put in such a situation.

Also, the beauty of the big screen will be a true highlight; we’re keeping that in mind as we near the last scene with desperation. 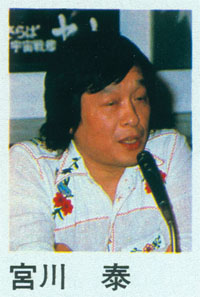 I’m Having a Hard Time with the Enemy’s Theme

Of the music I’ve previously made for animation, such as Wansa-Kun and The Blue Bird, it is the music of Yamato that I like the most. Therefore, I’m pouring all of my energies into making the themes of Part III (Be Forever Yamato). However, the stage is very big this time. (Laughs)

This tomb of musicâ¦although the main theme and others are the same, it is hard work to show the size of the stage. Especially with the enemy theme; as with the Gatlantis [Comet Empire] theme of the previous work, an extraordinarily large scale is demanded. Therefore, a synthesizer is utilized this time as a pipe organ was in the previous work. Whether or not it comes easily, please look forward to big scale sound like that of [Japanese composer] Isao Tomita.

Among the new tunes I’m making this time, I’d especially like to mention the enemy’s theme song, the love theme, Sasha’s theme, and another theme that expresses “the preciousness of trust.” I intend to cook up the best music possible for the synthesizer and the orchestra.