Back up to part 3

Another Bandai affiliate with their name on a Yamato product is Happinet, the acting distributor for this unique sculptural artwork created by Zacca P.A.P. in the likeness of the first Yamato movie poster (shown at far right). 2007 was the 30th anniversary of the movie’s release, which was also commemorated by a DVD box set from (who else) Bandai. You can visit Happinet’s home page here.

One of the best high-end Yamato toys of the decade was Bandai’s “Soul of Popynica” Yamato from April, 2001 (seen in part 3 of this series). Stretching an impressive 17″ long and loaded with features, it seemed difficult to improve upon, but Bandai did just that with this newly-engineered followup.

Though exactly the same scale as the Popynica version, this one is a completely new sculpt from bow to stern with many structural improvements, light and sound features, a larger base, several fightercraft, and a bonus Gamilas Drill Missile.

Regarding the nomenclature, in case anyone is confused: both of these toys are named in tribute to 1970s toy culture. Popy Toy Company became famous for their mini-cars, which lead to the nickname “Popynica.” “Chogokin” is the fictional Super-Alloy of which giant robot Mazinger Z was built. Bandai now holds the copyright for both terms, and uses them for special products such as this one.

See a photo gallery of the GX-57 here.

Bandai closed out 2010 with this set of miniatures. DG stands for Digital Grade, a computer-controlled painting system developed by Bandai to bring an astonishing degree of precision detailing to miniature toys. The process has previously been used to boost action hero figures to a new standard of excellence, and Yamato joined the lineup in spectacular fashion.

Four vessels were created for the set: Yamato, Andromeda, and two different Cosmo Tigers. Each of these also had an alternate version; the Tigers came in both blue and grey, and the bigger ships were both modeled in normal and cutaway form. This is where the DG process truly shines, delivering a level of intricacy that was previously possible only in a much larger model. 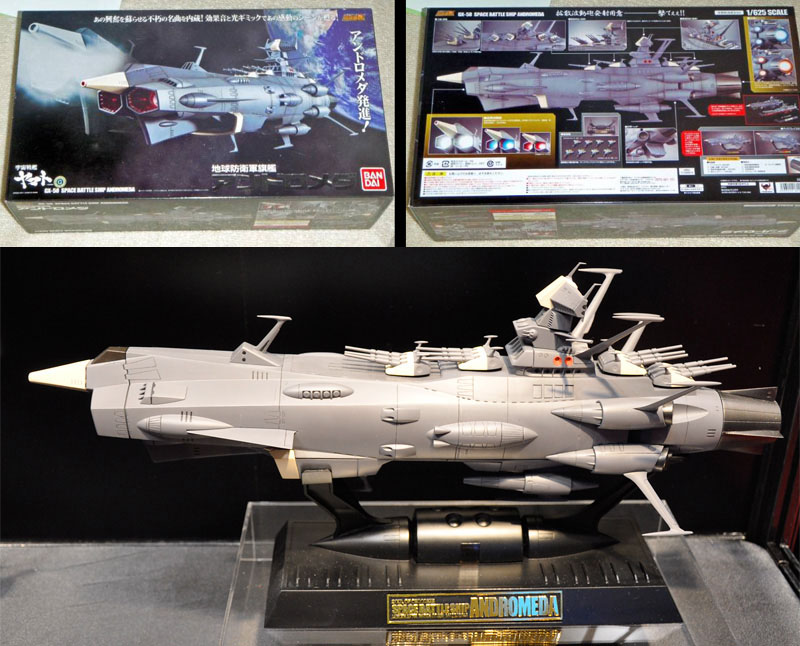 Following their GX-57 “Soul of Chogokin” Yamato by two months, Bandai finally gave us the Andromeda we always wished for, a sturdy plastic & diecast metal desktop toy over 17″ long with all sorts of built-in gimmicks. The turrets rotate, the previously-unknown hangar hatch opens, and a remote control activates lights and sound effects for the Wave-Motion Guns and the engines. It also sets off cannon sounds and a few music tracks. The price tag is substantial, but it’s highly doubtful a better version will ever be made.

See it in action here 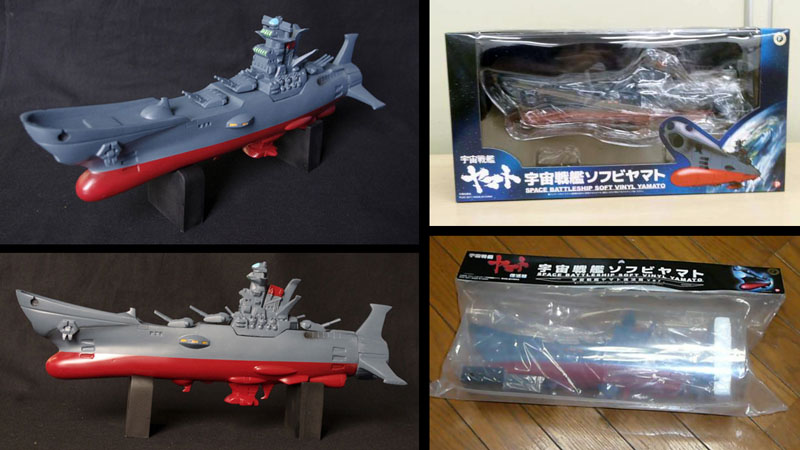 Measuring 30cm (11.8″) this is the first soft vinyl Yamato toy made since 1975, a “Super-Deformed” sculpt which for reasons still unknown was marketed as a “normal” version. But the origin of the Plex company is no mystery; they are the manufacturer formerly known as Popy. 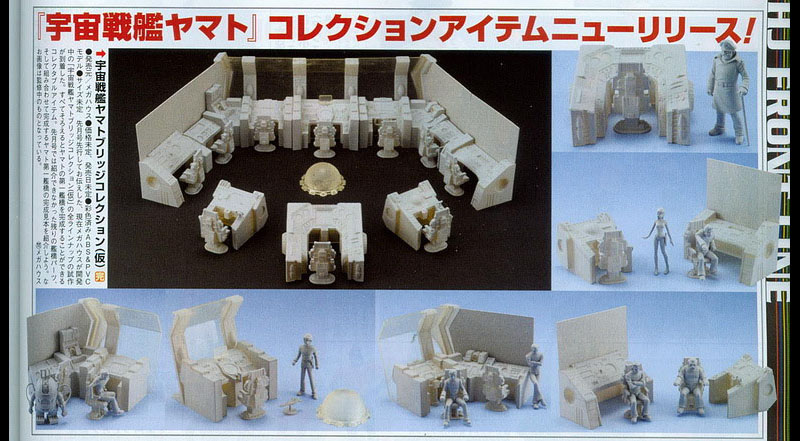 Throughout Yamato history, a handful of products were announced that did not make it to market for whatever arcane reasons consign such things into nonexistence. 2011’s version of this was the very promising “trading figure” set shown here, individual stations and figures that together would build a tabletop model of the first bridge. 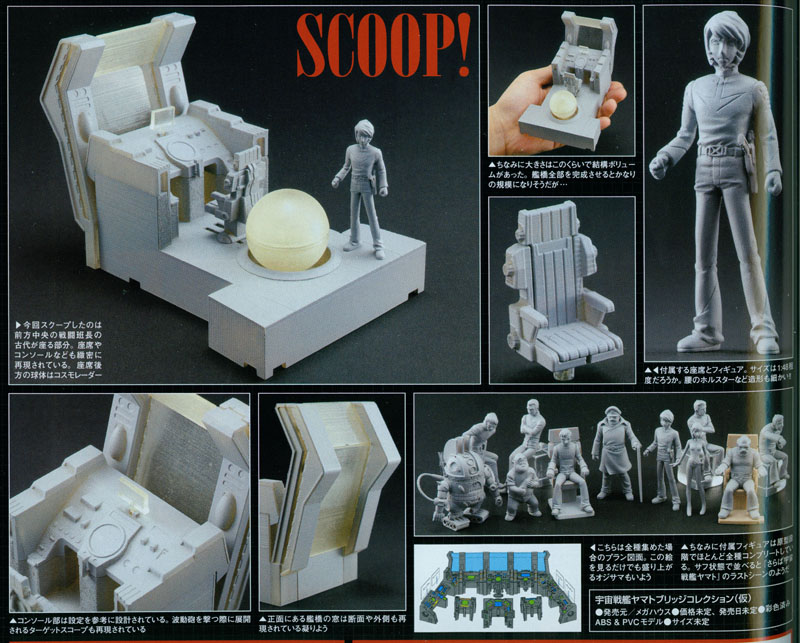 Promoted as the “Yamato Bridge Collection,” it was developed by Megahouse and was designed to include all the main characters, including Dr. Sado and Analyzer. All the prototype photos shown here were published in 2010 issues of Hobby Japan, so when 2010 came to a close and nothing turned up, it was generally assumed that the release had been moved to 2011. The rest is non-history.

A moment of silence, please, for what would have been a truly amazing product…

With so many busy sub-groups vying to invent the next Yamato product that will turn heads and empty wallets, Bandai is unequalled in its creative output. The Yamato renaissance continues at full force with Bandai leading the charge. With more projects on the horizon and many Yamato designs still waiting to be rendered as toys or model kits, there is ample fuel to keep this flame lit.

Special thanks to Rich Zilg, Michael Price and to Adam Newman at Bandai for aid and assistance!