The music, the story — everyone wants to know!! 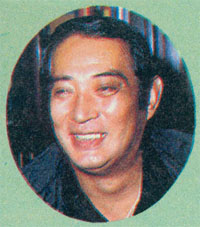 YOSHINOBU NISHIZAKI
Yamato producer
This time we hear about music,
the enemy characters,
and a note about Okita.

Space Battleship Yamato The Final Chapter, to be released next spring, has become a hot topic. We asked Producer Nishizaki about the revival of Juuzo Okita, the resignation of Susumu Kodai – and the music that comes to mind immediately when speaking about Yamato. Producer Nishizaki says that the battle scenes of The Final Chapter will be an even greater highlight than in previous works. It is also referred to as a thing of grand scale.

Space Battleship Yamato is known as the work that revolutionized anime music. The combination of visuals and music created that epic story. In The Final Chapter, a new Yamato sound is born again.

Nishizaki: In The Final Chapter, the two major threads are Dengil and the water planet Aquarius, and there is music for each. The music that represents the world of Aquarius is also an image of “the entirety of space,” and aims to express the existence of God. Specifically, it becomes like classical. It’s not purely classical, but it has that image.

On the other hand, for Dengil in particular, the music of the massive fortress Uruk is to be in a Spanish style.

Nishizaki: For the fortress Uruk of Dengil, I wanted something like a Spanish rhapsody. I’d describe it as classical in the way of Sibelius.

The basis used for the melody is by Hiroshi Miyagawa, who worked on the music of Yamato from the beginning, and is composing the final music now.

Nishizaki: This time, another composer enters as well as Mr. Miyagawa, and as you may expect it is Kentaro Haneda.

On the other hand, another suitable composer was selected for the theme songs.

Nishizaki: Two songs were composed by Daisuke Inoue, and will be performed by Tranzam and Tomoko Kuwae. They will become a “youth anthem” that hasn’t been heard in Yamato before now. 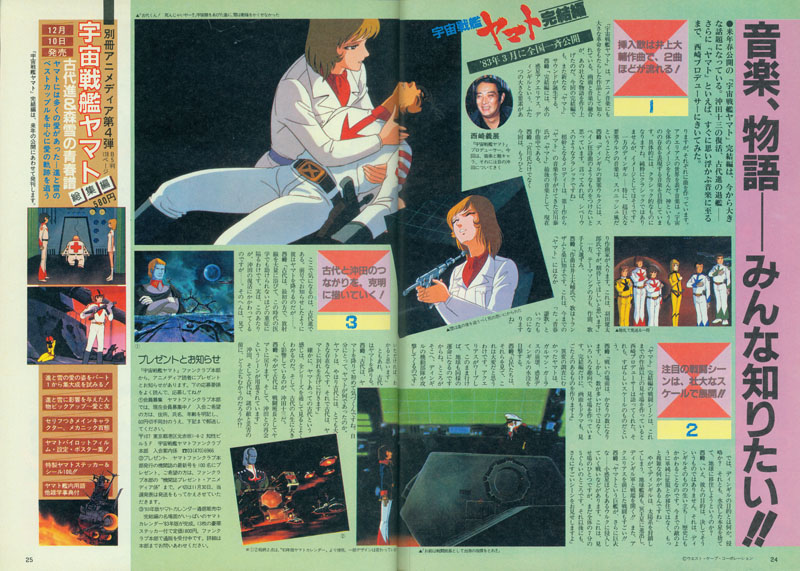 Nishizaki: There will be a lot of battle scenes. However, they’re not simply numerous, their highlights came from a variety of ideas. The pictures and the story will make The Final Chapter worth seeing.

Yamato goes to investigate an accident, witnessing the collapse of Galman-Gamilas and the flooding of Planet Dengil.

Nishizaki: Kodai and the others see some serious things. Aquarius goes into warp, and if the trend continues, Earth will suffer a similar fate. However, a Dengil task force attacks at that point.

What is the purpose of Dengil? An invasion? Or do they abandon their flooded planet and attempt to emigrate to Earth?

Nishizaki: I can say that they have no such purpose. It’s based on the history of Dengil itself – it’s related to history. It isn’t about conquest or migration like a conventional enemy, it’s something more complex.

Dengil soon blockades the solar system. The Earth fleet advances to Pluto and wages open war against the Dengil forces!! In addition, the battle at the Aquarius front is amazing!!

Nishizaki: The big warship Yamato is even bigger. There’s an assault on Uruk, which is like an asteroid. This is one of the highlights, but it’s still just 5 to 7 minutes out of the whole thing. After that, we’ll have even more amazing scenes to show you.

3: The relationship between Kodai and Okita will be depicted scrupulously!

I’m concerned about Susumu Kodai here. Although he leaves Yamato, as was previously announced last issue…

Nishizaki: Kodai is exposed to a large dose of radiation at the beginning, and falls into a serious coma that cannot be helped even by the medicine of his time. In fact, this part is related to the revival of Okita. I think you’ll understand this area if you watch closely.

Nishizaki: Only after Kodai leaves Yamato does he notice something for the first time. What was Yamato to me? After all, Yamato looms large to Kodai. So Kodai has to bid farewell to Yamato.

Indeed, the feeling is that Kodai surely can’t go on without Yamato, which you know well after watching the entire series. And Juzo Okita greatly influences the life of Kodai.

Nishizaki: Before long, Kodai returns to Yamato as the combat group leader. And a scene of reunion with Okita is prepared.

I wonder how Kodai and Okita will confront each other prior to facing the mysterious enemy and the disaster!!