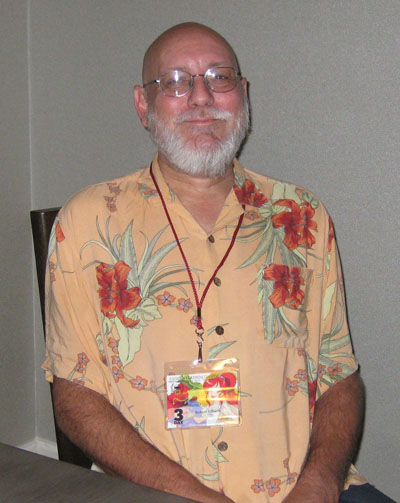 If you became active in US anime fandom during the 1980s, chances are very good that your path crossed Robert’s. If you joined up later, you should know that Robert is one of the reasons there IS a fandom.

He was a core member of C/FO San Antonio, one of the most active clubs in the nation at that time, and in that capacity he helped just about everyone to start (or expand) their own anime collection. His group became a major hub for VHS tape trading, which opened up all the paths that were paved by professional anime importers a few years later.

I first encountered Robert when I got serious about tape-trading in 1985, and I was just one of countless beneficiaries of his unconditional generosity. We began a professional relationship five years later when we found ourselves teamed up on the Captain Harlock series for Eternity Comics. It was a dream project for us both that lasted 17 issues, concluding in 1993.

Our paths took us in different directions afterward, and we gradually lost touch. Before we knew it, a stretch of twenty years had flown by before we were finally reunited in late September 2014 at Anime Weekend Atlanta 20. This interview was the result, a chance for us to dig into the eclectic corners of Robert’s personal history.

1: Japan to America and back again

We start with Robert’s first exposure to anime during his childhood in Okinawa and learn how it found him again later, brought him new friends, got his picture into a Japanese magazine, and lead him to discover his favorite show of all time.

A country music connection carries Robert to a rising tide of anime tape-trading that lifts all boats, and we begin our conversation about the origins of the American Captain Harlock comics in a time before “OEL” meant manga.

We leave anime behind in this part of the conversation and dig into the history of the Captain Harlock comics – how they got to where they were going and what happened when the endless road turned out to have an end after all.

Naturally, a guy like Robert can’t be contained in just one interview. As you can guess from the title above, there is a Part 2. The mighty Anime World Order picked up where I left off and continued the conversation for an eyewitness view of anime fandom’s quirks, feuds, and capers as it evolved to a true cultural phenom.

Last but not least, since this is a rare opportunity to share the actual work Robert and I did on Captain Harlock, here is a cover-to-cover presentation of two mini-series we talked about in the interview. I no longer own all the original art, but I made archival photocopies before parting with it, which means these pages are scanned from a much cleaner source than comic book newsprint.

The first is Pirate Queen Emeraldas (1990-91), which is Robert’s favorite. This was my first involvement with the series, as an inker over Ben Dunn’s pencils. As we progressed, he pulled back to rough layouts and I stepped up with a greater hand in the finished art. Afterward, I took over all the art duties on the regular Captain Harlock series. 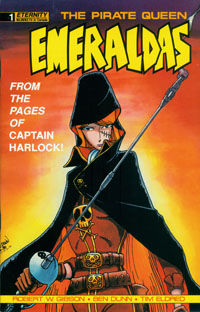 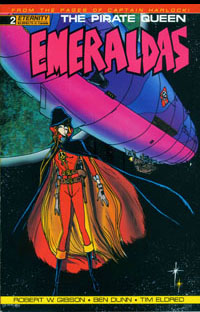 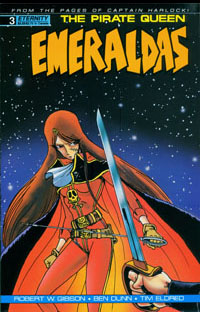 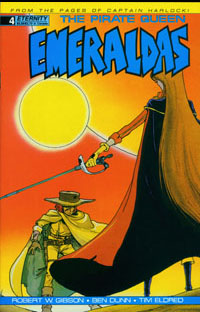 The second is our last mini-series, The Machine People, published in 1993. There were 13 issues between Emeraldas and this one, during which time my drawing and storytelling skills increased steadily to culminate here and make it my personal best. Robert and I have both come a long way since then, but we look back with pride on our unique creative partnership. 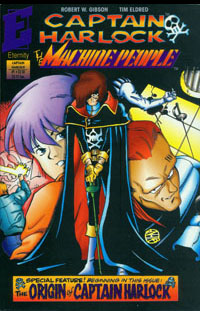 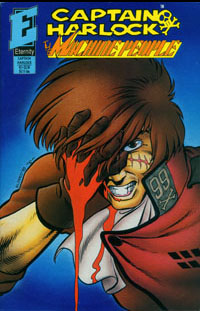 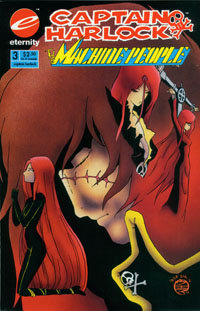 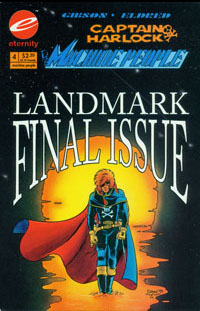