It doesn’t take much digging into the publishing history of Space Battleship Yamato to start seeing a few company names repeatedly pop up: Tokuma Shoten, Shueisha, Asahi Sonorama, Shogakukan, and many more. One name that pops up more than most is Akita Shoten, who handled the Cosmoship Yamato manga by Leiji Matsumoto just for starters.

Those of us who live in a culture of corporate exclusivity might well ask how so many companies could have a piece of the Yamato publishing pie without stepping on each others’ toes and oversaturating the marketplace. We can begin to answer that question by turning it on its head; it was precisely because of this multiplicity that Yamato became such a publishing bonanza.

Consider: when a single publisher has exclusive rights to a movie or television property, they also have exclusive say in what kinds of products get made. For example, if that company only wants to do paperback novels, that’s all the consumer will get. You can see how limiting this would become, and indeed all we have to do is think about what’s not on bookstore shelves to see it in action.

At the height of Yamato fever in Japan, so many different publishers were vying for the Yamato consumer that no good idea could be held hostage by any of them. It was probably the most innovative time in anime publishing history, out of which came buzzwords and formats that would survive for decades to come. Tokuma Shoten invented the Roman Album. Kodansha popularized the Keibunsha paperback. Mooks, Roadshow Specials, Perfect Books; all of these and more originated out of competition for the Yamato Yen.

Akita Shoten’s most unique contribution is the subject of this article: the Anime Comic.

As a large company with many different branches, it was common for Akita to group certain titles under different imprints, and it was their “Champion Graphic” imprint that developed this new format. New for Japan, anyway. Europeans had known it for many years as Fumetti, an Italian word (for comics) that was exported around the world to categorize comic strips composed of photographs with captions and word balloons. Essentially a photo-comic. 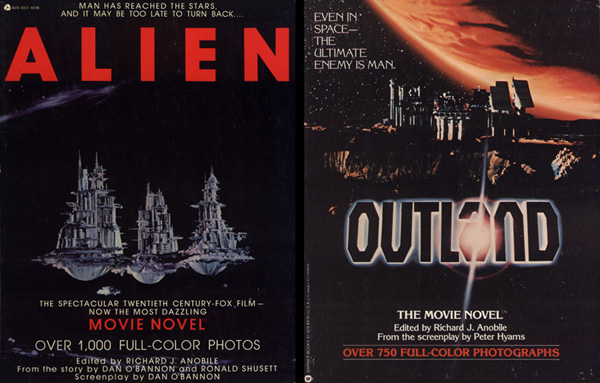 American publishers briefly toyed with this format in the post-Star Wars SF movie explosion, calling them “photonovels” or “movie novels.” Books of this type were published for Star Trek, Close Encounters, Alien, Buck Rogers, Outland, and many more. They were a short-lived fad soon to be replaced by home video. But just as their light was fading in the U.S., they took off in Japan and quickly caught fire.

“Anime Comics” was the term Akita Shoten devised to catch the attention of Japanese fans. Like fumetti, they were composed of stills derived from film frames, arranged on a page to retell the story of the film. And Champion Graphic did an excellent job of making them look easy to assemble, but they most certainly were not. 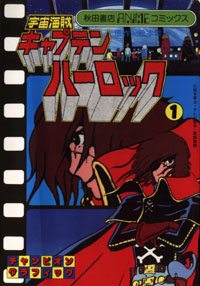 The crucial piece of equipment required to create an anime comic was a Gallery Camera capable of photographing transparencies, in this case a strip of celluloid film from a movie or TV show. Temporary prints would be made of individual film frames so that a layout artist could have an image to work with. That artist would build each page out of temporary prints, enlarging or reducing them with a photocopier to get the desired result. Once this was done, layout information went back to the camera operator, who would then reshoot each film frame (enlarging or reducing as necessary) four times with filters to separate the colors. Next in line was the negative stripper, who would spend an enormous number of hours rebuilding the page with the filtered negatives. Four-color printing meant rebuilding that page four times over and then burning the images to metal plates for printing.

If you’re nodding solemnly after reading that paragraph, you’ve been through the process yourself and can appreciate its complexity. On the other hand, if that paragraph is making your head spin, be thankful that you live in a time of digital imaging and computerized color separation. Anime comics are much, much easier to produce now, which is why they managed to hold on in Japan despite the advent of home video.

Champion’s very first Anime Comic actually wasn’t for Yamato, but it was close enough: Volume 1 of Leiji Matsumoto’s Space Pirate Captain Harlock (above right) was published in September, 1980 to be followed just a month later by Volume 1 of Be Forever Yamato. 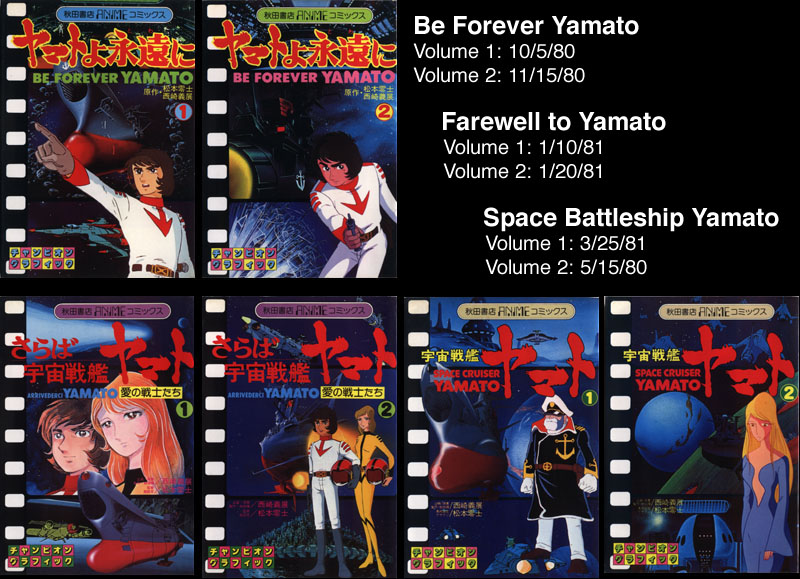 Yamato and other Leiji Matsumoto projects would dominate Champion’s output for the next year. They worked backward through the Yamato movies, covering Farewell to Yamato and Space Battleship Yamato in 1981, then followed up Space Pirate with My Youth in Arcadia, Queen Millennia, and the Galaxy Express movies. Akita Shoten cemented the trend in their monthly anime magazine My Anime, (shown at right) which featured Anime Comics for all 25 Yamato III TV episodes. They were serialized from April 1981 to June 1982. Read the entire run in English here. 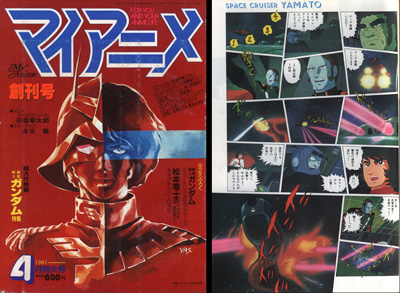 Once the format was proven, other publishers were quick to jump on it and the 1980s became awash in anime comics for such fan favorites as Mobile Suit Gundam, Cyborg 009, Lupin III, Fist of the North Star, Macross, Orguss, Mospeada, Megazone 23, and countless others. This period even gave us the first English-language anime comic, Star Blazers (click here to read more about that). Akita Shoten’s competitors invented other names for the format, such as Film Comics, Cinema Comics, and even Visual Comics (as opposed to another kind?), but like Jello and Kleenex, Anime Comics was destined to become the catchall term.

Anime comics proved to be an enduring format and are still published today, despite the home video revolution. Akira, Ghost in the Shell, Pokemon, Final Fantasy, the Studio Ghibli films, and modern incarnations of Gundam can all be found in anime comic form if one knows where to look.

If that were the whole story, this article could be wrapped up with a tidy line about Akita Shoten as the pioneer into a whole new dimension of publishing. But the more one continues to dig into any line of history, the less tidy things tend to become. As it turns out, Akita was not strictly the pioneer and they were not, in fact, the first to publish Yamato in this form. 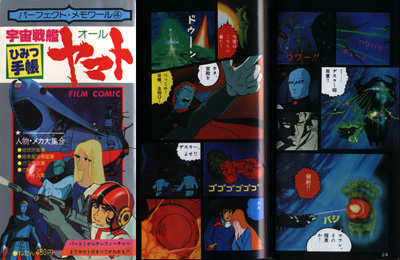 That distinction belongs to Leed Company, a lesser player in the Yamato publishing game. Before Champion Graphic seized the day, Leed published a line of paperbacks called the “Perfect Memoir” series. Like other such lines, each volume was devoted to a different subject. Their first three covered Kamen Rider, Cyborg 009 and Mazinger Z. Perfect Memoir #4 was an all-Yamato volume, published in January, 1980.

The words “Film Comic” appeared clearly on the cover, hyping three different fumettis that could be found inside: Space Battleship Yamato (31 pages, black & white), Farewell to Yamato (30 pages, black & white) and The New Voyage (30 pages, full color). They weren’t as lengthy or refined as the Anime Comics that would debut nine months later, but it was unquestionably the first time Yamato had been treated to the format.

A comparison of the production credits reveals no crossover between Perfect Memoir #4 and Akita’s Anime Comics, but some tale of intrigue undoubtedly lies under the surface, waiting to be told on another day.