An entire generation of Japanese artists and writers grew up on Space Battleship Yamato, and those who were inspired to seek out animation careers of their own inevitably had daydreams of one day remaking their favorite story for a new audience. That’s generally what happens with works of such magnitude no matter where they come from.

For most people, that thought never makes it past the daydream stage…but occasionally the stars align for a very, very few who then have to grapple with the hard reality of remaking a classic without losing its heart and soul. One of those few was Producer Hisaya Yabusaki, who oversaw the production of all the Yamato games for Sony Playstation.

Presented here are interview highlights from the Fixed Data book for the first game (Studio DNA Media Books, May 2000). 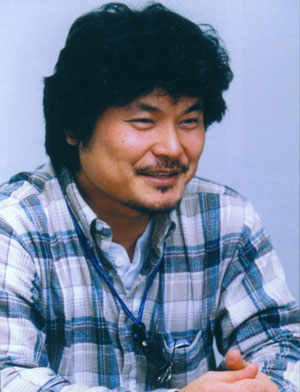 Interviewer: Please describe the structure of the project.

Yabusaki: The idea began with Bandai’s division manager in charge of Yamato model kits. Someone else on the team made a planning book, and I agreed to give it a try.

Interviewer: How long did it take?

Yabusaki: I think it was the summer of 1996. But development officially began a year after that, so I started in July of 1997.

Interviewer: Was there an influence from the Game Boy version that came out earlier? (1992)

Yabusaki: I never saw it. On the contrary, I think that game had the opposite effect. We didn’t think it would be a good reference point in the current market.

I had it in mind to beautify Yamato as much as possible, that was another reason I wanted to do this. There is a considerable gap between the images in my mind and the visual techniques of the original animation. Some feel there is nothing wrong with the original, and it is absolutely wrong to remake it.

Some of us who have seen the same limited images constantly for over 20 years still consider it a favorite, but what about those who want to see something new done with Yamato? A new game doesn’t take anything away from the original, and speaking for myself I wanted to see it. That’s the need we addressed from start to finish.

Interviewer: In other words, you wanted to take advantage of the animation technology that evolved over the last 20 years.

Yabusaki: Yes, and the purpose of a game, after all, is to play. It’s a valuable medium for new information. If no new information is offered, would an older fan have any interest? This is not just a hobby for me, and I have changed it a little from the original. Didn’t every animator who worked on it have to change the images of Leiji Matsumoto in some way to make them move? There are always good and bad things about it.

However, at first we were planning to remake the characters with very different designs, and we asked several contemporary anime artists to submit samples. But for some reason none of the images looked very good to us, and we wondered whether it we should be asking this of anyone in anime production.

“There is a good person,” I was told, and I was introduced to Mr. Keisuke Masunaga.

Unlike the others, his artwork had a strong influence from Leiji Matsumoto. It was very attractive, in part because it reversed the current trend for animation characters to be muscular. I thought that was a treat. I felt like his work offered something new, and yet would still appeal to someone who had seen Yamato 20 years ago. That’s when I decided the project would go to him.

Interviewer: The thick lines have a good feeling.

Yabusaki: It’s good because it takes in the image of Leiji Matsumoto’s work from the old days, and fans have long wanted to see that turned directly into anime. Mr. Masunaga was a longtime member of a Yamato fan club and drew likenesses of the characters. When he entered the anime industry he wanted to remake Yamato someday, so you might say his dream was fulfilled.

Interviewer: Did you also have a long-cherished dream?

Yabusaki: We also had to remake the mecha. Whether new or old, the length of Yamato is set at 265.8 meters. Because it had to look big in CG, I was thinking about what areas might need to be changed to express its size. So I requested that we get Kazutaka Miyatake for the mechanical design.

I’d yearned for that chance since I first saw his work in middle school. I still admire it today. This was a complete mixing of business and personal affairs.

Interviewer: Are you the type that loves special effects?

Yabusaki: That depends; are they done by Studio Nue? They worked on the first Yamato in 1974 and set the historical standard for all mecha in SF anime. Weren’t they great at it? I’m a great fan of Studio Nue and especially Mr. Miyatake’s mecha.

Interviewer: After all, he drew the original model sheets for Yamato! 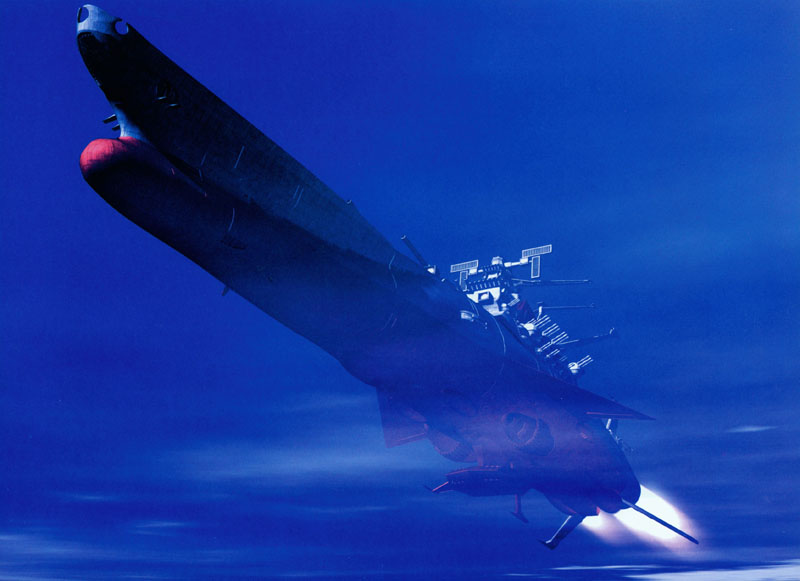 Yabusaki: I had very strong inclination to ask for Mr. Miyatake. Moreover, I wanted him to see it as a new thing and try something different. I think there are many possible expressions. For example, some SF has adopted the steam engine…

Interviewer: As in steampunk?

Yabusaki: Yes. I wanted to emphasize a retro sensibility in the new designs and see where it could take us. I talked with Mr. Miyatake about it, and we agreed we couldn’t change the basics.

There’s that distinctive image of Yamato with the enormous Wave-Motion Gun, which isn’t strictly real and couldn’t be achieved with normal camera work; I wondered how we could do that in a contemporary style. We thought about various ways to express it in three dimensions, and realized we would have to add more mass to Yamato‘s body. But it couldn’t look too round from other angles. We had to take great care with that when requesting the designs.

Interviewer: Why was Yamato converted into polygons?

Yabusaki: It was the best way to create new images. You can do things with present CG techniques that can’t be done in traditional animation. But the main reason was that it hadn’t been done with Yamato before. I think the time has come for a CG Yamato to duplicate the original. That’s what I especially wanted to do.

Interviewer: The three-dimensional impression of the animation was always very interesting.

Yabusaki: The camera can now rotate completely around Yamato, which is something that could only be done before with a plastic model. 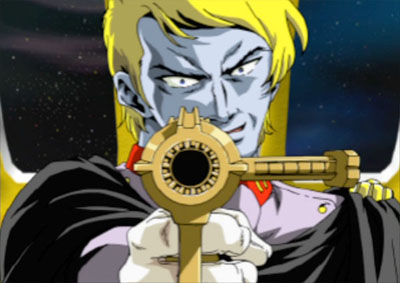 Interviewer: Yamato seems to be particular in terms of voice actors.

Yabusaki: Masato Ibu was mainly working as a screen actor and wasn’t doing anime voice work anymore, so he turned me down at first. But I kept asking him and he said, “since Dessler was the start of my acting career, I’ll just do Dessler.” So he took the part. He had also done the voice for the EDF Commander, but this time he insisted on doing only Dessler.

Interviewer: Getting people to adjust their schedules seems difficult.

Yabusaki: Not always. We can record them separately. With Mr. Ibu we scheduled him for three sessions and got everything we needed. Most recordings are like that.

Interviewer: Is it difficult for an actor to work without a partner in a scene?

Yabusaki: Yes, It’s preferable to record everyone together if possible, but this time I recorded scenes without Mr. Ibu. At any rate, the Farewell to Yamato game has the full voice cast. But the toughest was probably Kodai’s voice, which was done by Koichi Yamadera.

When we launched the project, Kodai’s original actor, Kei Tomiyama, had passed away. We wanted to re-use recordings from the movies and TV series, but no tapes existed of just the voice. They all included music and sound effects which we could not use for the game, so there was no help for it.

Interviewer: You could only use them if you also used the same music.

Yabusaki: There was no way to remedy that, so we had to record a new actor. I worried for a full year about finding a candidate. I met with Leiji Matsumoto to consult with him. I asked him who he thought might be qualified, and he said, “you don’t need to worry, there is Mr. Yamadera.” He had done a mountain of work, including Captain Harlock.

[editor’s note: Yamadera became the voice of Harlock for all the newer productions, in addition to hundreds of other prominent roles. See a record of his career here.]

Interviewer: I heard that Koichi Yamadera was a fan of Kei Tomiyama.

Yabusaki: He mimicked Kei Tomiyama since before he became a voice actor, and had great respect for his work on Yamato. He told me it was a big honor to replace him in the role, but I thought he would feel heavy pressure. Would he only try to mimic Mr. Tomiyama? I worried about it right up to the first test. It was a scene in which he was talking with Sanada, and it was much more than just an imitation. There was a remarkable feeling of him falling right into the role.

“This is going to be good,” I thought. “Koichi Yamadera really is the Playstation Kodai!”

Yabusaki: I think so, too, but he is quite young. He looks like a boy in the first series. I think some are nervous about that, because he matures in Farewell, but I also think if older fans compare the Tomiyama Kodai with the Yamadera Kodai they’ll find it to be very good.

We also had some serious work to do with Takeshi Aono (Sanada). He had a lot of difficult lines. With Sanada there is always great erudition, since he has to give comprehensible explanations of various SF and historical facts.

Interviewer: There’s a lot more science than in the old Yamato.

Yabusaki: Game designers find that particularly interesting. They have a considerable astronomy mania; the birth and death of stars, fixed stars and their planets—there’s much more of that in this version than the previous one. A lot of research was done for it.

Interviewer: When astronomical terms appeared in the 1974 broadcast, they must have been written by a true afficianado.

Yabusaki: It inspired a lot of game designers, too. Whenever a scientific term appeared in the game, it was researched by Yokomizo Masashi, a Yamazaki Award finalist. [Editor’s note: similar to a Nobel prize.] He oversaw the total flow of the story to authenticate the science.

Interviewer: Even Sanada’s explanation of the warp is included.

Yabusaki: In the case of Yamato, the concept of a warp is a distortion in space-time. On the other hand, Star Wars represents it as a jump to lightspeed. The expression of light effects is different; in Star Wars the stars are seen to stretch into lines. The Star Wars method was adopted for Be Forever Yamato.

Interviewer: The way stars flow by during a warp.

Yabusaki: For the original, Leiji Matsumoto consulted with a family member to develop the warp theory. I talked to others about it, and it was agreed that warp navigation is theoretically possible.

Interviewer: How did Mr. Matsumoto evaluate your work?

Yabusaki: He participated in various ways. When I first checked with him, he was already planning New Space Battleship Yamato. He was thinking of doing it in CG, which validated what I wanted to do. [Editor’s note: New Yamato eventually became Matsumoto’s Great Yamato manga series. Read a full accounting of it here.]

Continue to the Keisuke Masunaga interview 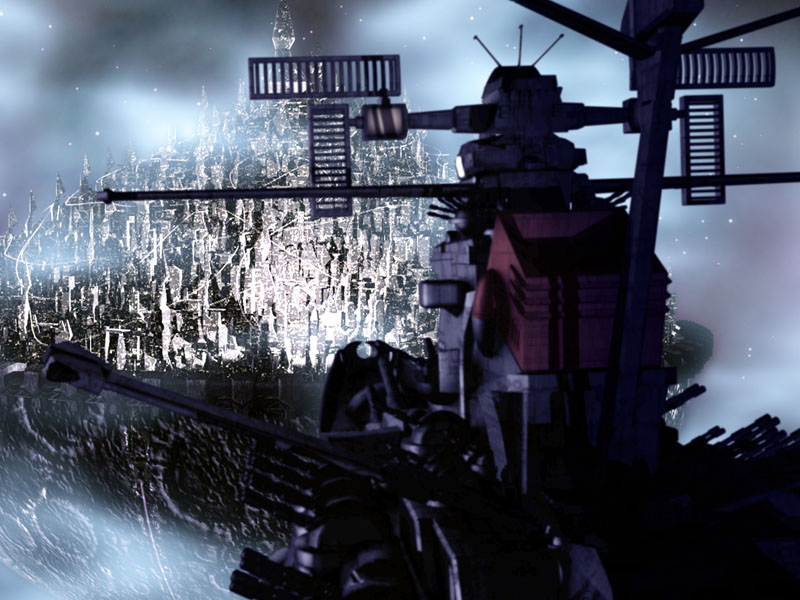