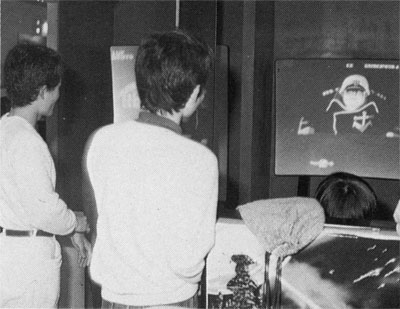 …but if you don’t respond in time to a movement prompt, the ship slams into the asteroid ring. Oops.