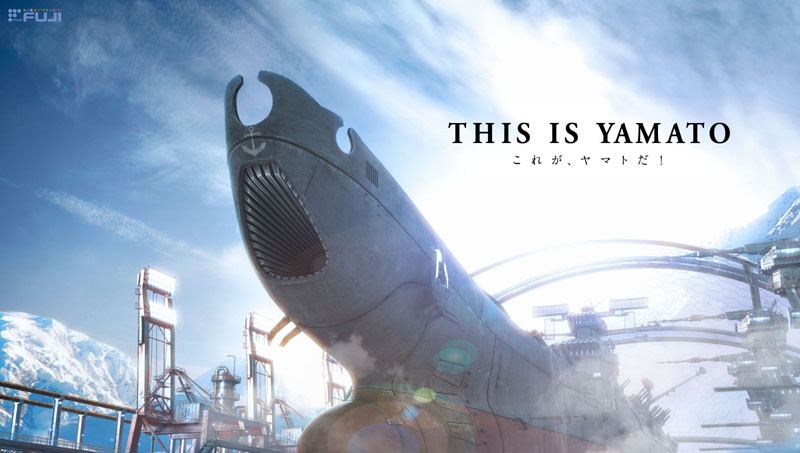 It’s an unfortunate truth that Yamato III has gotten less attention since its original broadcast than the other parts of the saga. The reasons for this are varied and complex, and have been explored elsewhere on this site. It’s refreshing, then, to occasionally see proof that it hasn’t been forgotten, even if new Yamato III products are simply the result of a default progression.

2010 is the third year running for Yamato Pachinko from Japan’s Fuji Company; their first game put it on the map in 2008, the second entry came in 2009 with the best CG animation the saga had ever seen, and the new game lives right up to that standard. It’s titled CR Yamato 3 which therefore makes a Bolar Wars theme the natural choice.

For anyone new to the party, a word about Pachinko: it’s Japan’s national pastime (some would say obsession), having evolved considerably over the centuries. What was once a simple vertical board with cascading ball-bearings is now an intensely noisy and complex multi-media audio/visual experience with arcane rules and labyrinthine gameplay. If you could combine an anime program with pinball and a video arcade game, you’d be in the ballpark. And if there’s any place noisier than the city of Tokyo, it’s a Pachinko parlor in the city of Tokyo.

CR stands for Card Reader, a recent development in Pachinko games that use debit cards in place of cash. CR Space Battleship Yamato focused entirely on Series 1. CR Yamato 2 took the next step into Comet Empire territory with a few bonus rounds set within the Series 1 storyline. CR Yamato 3 follows suit with an even mix of everything up to and including the third series. Therefore, it also delivers a taste of Be Forever.

For obvious reasons, there’s a built-in limit to how much a non-Japanese fan can get out of such a game. Even if the world of Pachinko is not opaque to you, there’s the simple matter of physical access. The good news is that CR Yamato 3 is a highly visual experience, and the new animation created for the game smashes through all the barriers.

The content is basically an anime program designed to be interactive with the mechanics of the console. The animation is all new, a fusion of hand-drawn characters with CG environments and mecha. Scenes and plotlines of the Yamato stories are adapted from the original, then expanded and upgraded with modern techniques. The character animation is competent but somewhat bland. The CG sequences, however, are world-class.

These stills from the opening title sequence tell the tale. They stand up to anything Hollywood has to offer, and indeed look to have been strongly influenced by such western fare as Battlestar Galactica and the 2009 Star Trek movie. Yamato has never looked more realistic or more powerful as it slams through one enemy after another. And the real joy of CR Yamato 3 is that scenes from The Bolar Wars have been revived with all the care and attention they deserve. 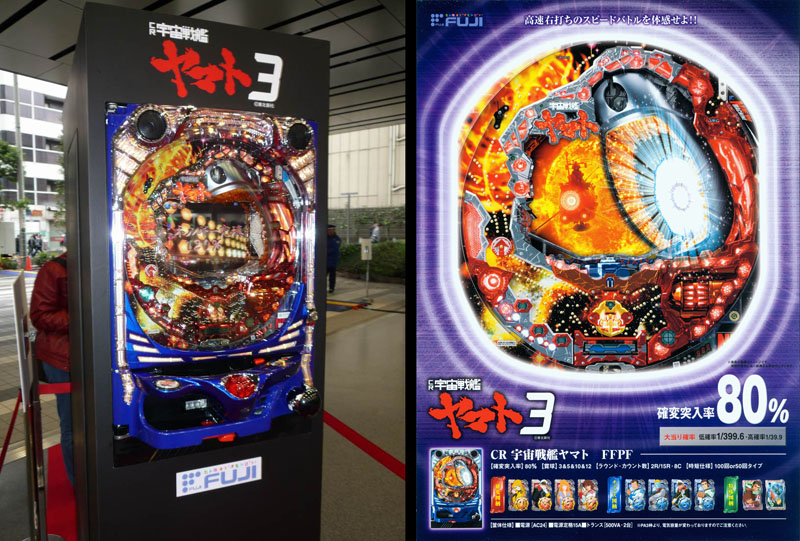 Another side of the story is the game console itself. Previous editions were creatively tricked-out with all sorts of Yamato ephemera. Game 3’s faceplate has fewer moving parts, but the business end of the ship takes up a much bigger portion, framing the video screen and lighting up to blast you in the face during key points. If this trend continues, the Wave-Motion Gun will eventually become the console itself.

The Fuji Company’s official website for the game went online in late January and the first opportunity to see it in person was at Yamato Expo ’10, a product fair held February 13 and 14 in Tokyo where fans could play-test it in advance of the March rollout. A 3-minute CG film from the game was also shown in 3D on a big screen. Read a full report of the Yamato Expo here. 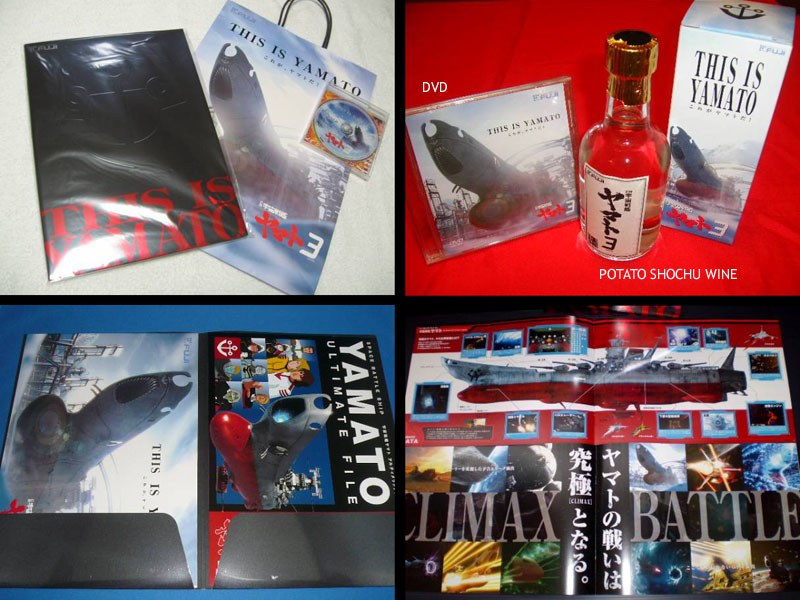 The phenomenal CG animation has dividends that go beyond the game as well. It is common for every high-end Pachinko game to come with a deluxe promotional pack, and the one for CR Yamato 3 is a feast for the eyeballs; two full color books in landscape format, a matching poster and shopping bag, and a 12-minute DVD. All show off the CG at its finest and can be viewed here: