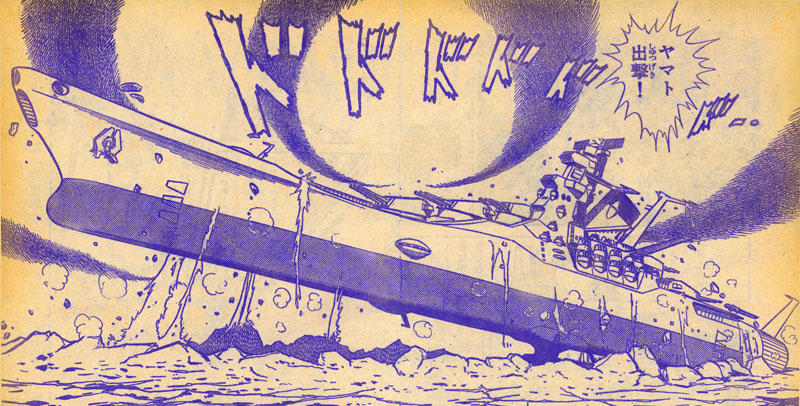 Any serious devotee to any sort of hobby will give the same answers to this question: what are the two sweetest moments for a collector? Answer 1: finding something on your wish list after years of searching. Answer 2: finding something completely unexpected that blows your mind. For serious Yamato collectors, both of those moments are embodied in the “lost” Space Battleship Yamato manga by Yuki Hijiri.

This website has already examined the manga works of Leiji Matsumoto and Akira Hio, both of whom are better known to American fans than Mr. Hijiri, but his accomplishments in Japan are of similar magnitude. Graduating college with a degree in mechanical engineering, he did the sensible thing and began a career drawing manga in 1967. He is primarily known for girls’ SF stories with his most famous being the long-running “Emo ESPer” series Locke the Superman, which was adapted into anime on several occasions, remains in print today, and has become known all over the world.

Incidentally, the artist’s real name is Kiyotoshi Hasegawa. His pen name, “Yuki Hijiri” is the Japanese term for “Sacred Eternity.” His personal homepage is named “Denkaba” which means “Internet Hippo” (Visit it here).

Hijiri’s career crossed over into anime in the 1970’s, netting him character and mechanical design work on super robot shows such as Voltes V and Fighting General Daimos. But it was the sharp-edged SF design in his manga that landed him a short-term stint drawing Yamato manga in 1974. 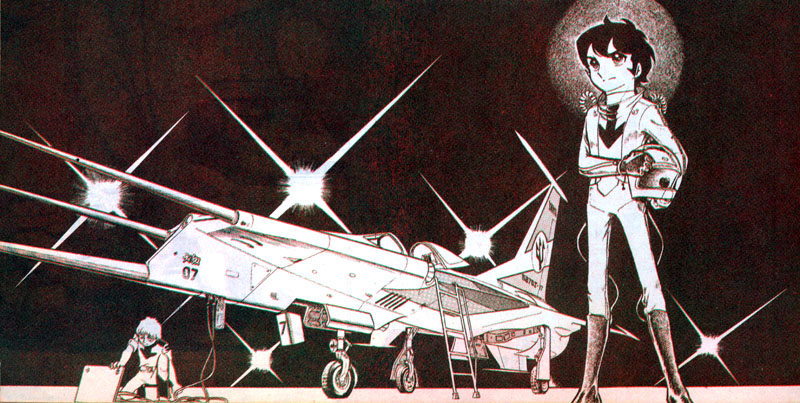 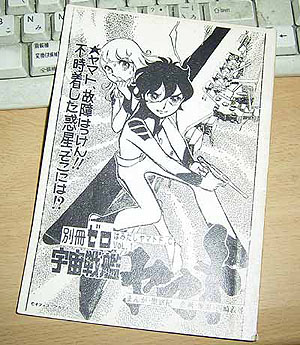 This was indeed the third adaptation to be published while the original TV series was on the air, gracing the pages of Tokuma Shoten’s Terebi (TV) Land magazine from November 1974 to March 1975 (Tokuma Shoten would go on to publish Animage and the Roman Album series.) Hijiri created five regular chapters and one bonus in a February special. Unlike the Matsumoto and Hio versions, however, this one was never reprinted afterward. Part of the reason was the comparatively short page count (less than 100), but it is also said that Executive Producer Yoshinobu Nishizaki thought the end product differed too greatly from the anime, and chose to let it fade into history.

The one exception to this ruling was a private reprinting by an independent group named Hamidashi [Split Off] Yamato Fan Club; after some pursuasion, Nishizaki permitted them to publish 300 copies on their own dime for “research and archival purposes.” One of these extremely rare collections is shown at right. 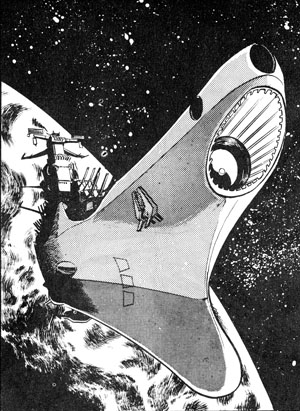 36 years after its original debut, this lost artifact has at last been painstakingly reassembled after a diligent search for those original issues of Terebi Land and the Hamidashi collection; the pages are all here and have been translated for the first time. Star Blazers character names have been used for the sake of US readers, but everything else is unchanged. It’s worth noting that this presentation is far from pristine, since the only surviving source is imperfectly printed with inconsistent ink coverage on whatever paper stock was cheapest at the time; such was the state of childrens’ manga anthologies in the 1970s. But everything possible has been done to smooth out the reading experience under these circumstances.

Click on the links below to either view the Hijiri manga unretouched in its original form or read the English version (keeping in mind that all manga flows right to left). For the most complete experience, view a Japanese chapter in its original color format before reading the black-and-white translation.

All material written and drawn by Yuki Hijiri, Translated by Sword Takeda, edited and lettered by Tim Eldred.

Click here to read our exclusive interview with Mr. Hijiri in which he discusses Yamato and the other highlights of his career in manga. 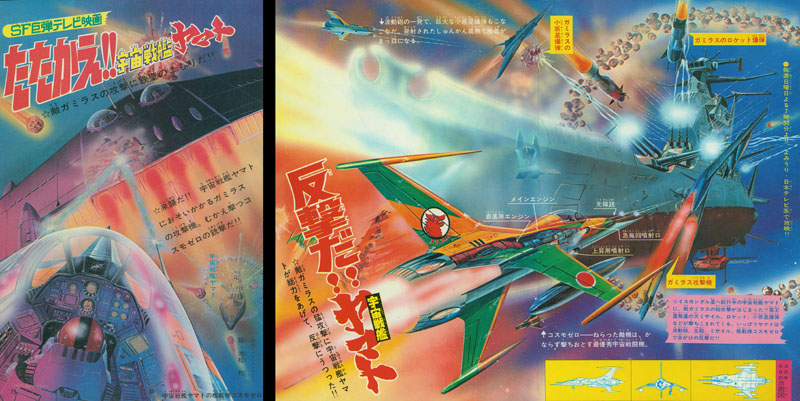 Terebi Land also promoted the Yamato TV series in these issues, featuring several pages of original artwork by painter Hitoshi Ikematsu that have also gone unreprinted all these years. Find them in our Quest for Iscandar gallery here.