Starting in 1985, Twentieth Century Imports (based in Boulder, Colorado) brought many of Bandai’s Yamato kits to America under the Star Blazers name, which resulted in the very first mass-market Star Blazers merchandising. The kits were widely available, but it was rare to find all of them in any one place. Bandai’s box art was used, and names were updated to match their Star Blazers counterparts. Many of the larger kits included a bonus Mecha Collection mini-kit. 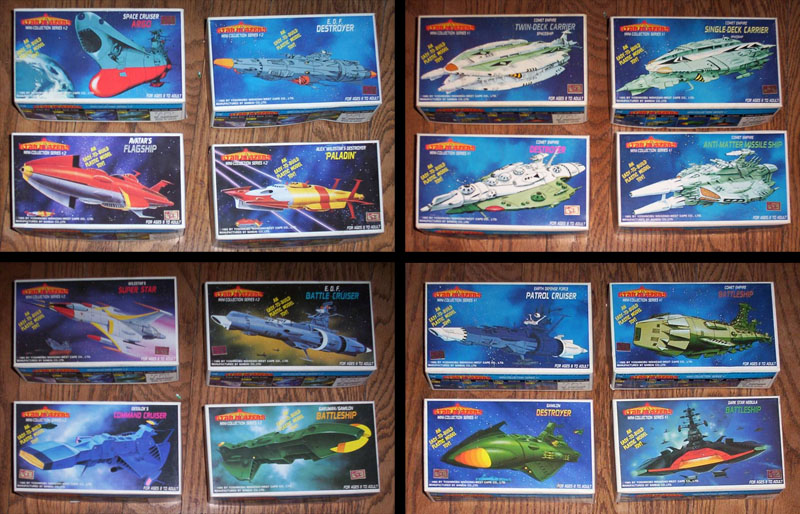 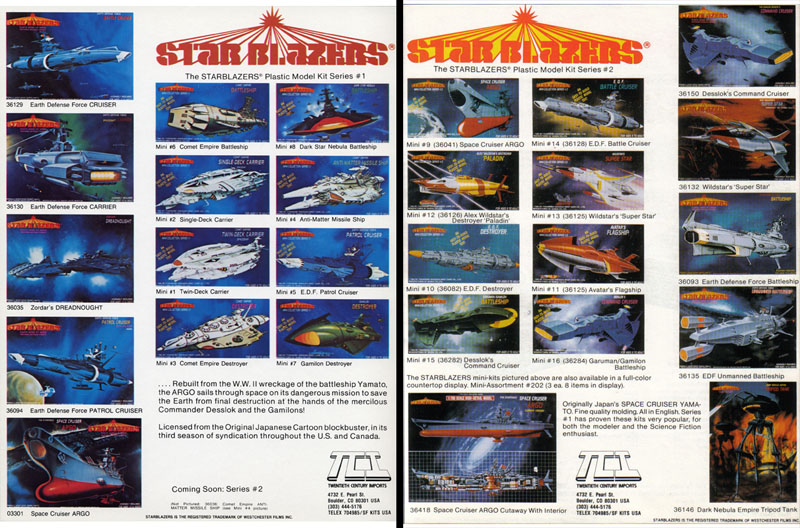 Above: catalog pages for both waves of Star Blazers kits offered by Twentieth Century Imports. Below: a display box for the mini-kits and an order form circa January 1, 1985. Click here to see all four documents at a larger size. (Note: Twentieth Century Imports is unfortunately no longer in business, so any attempt to contact them will likely end in disappointment.) 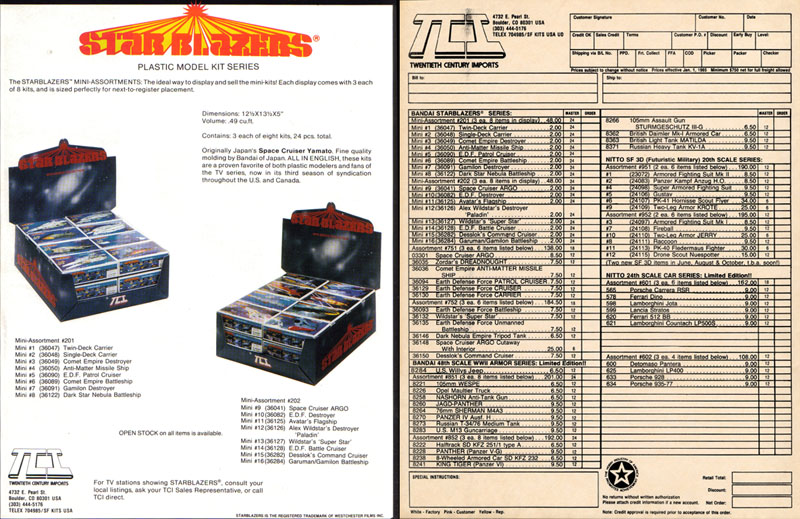 Special thanks to Steve Harrison and Les Rogers for the images.

11 thoughts on “Yamato Models by Bandai”