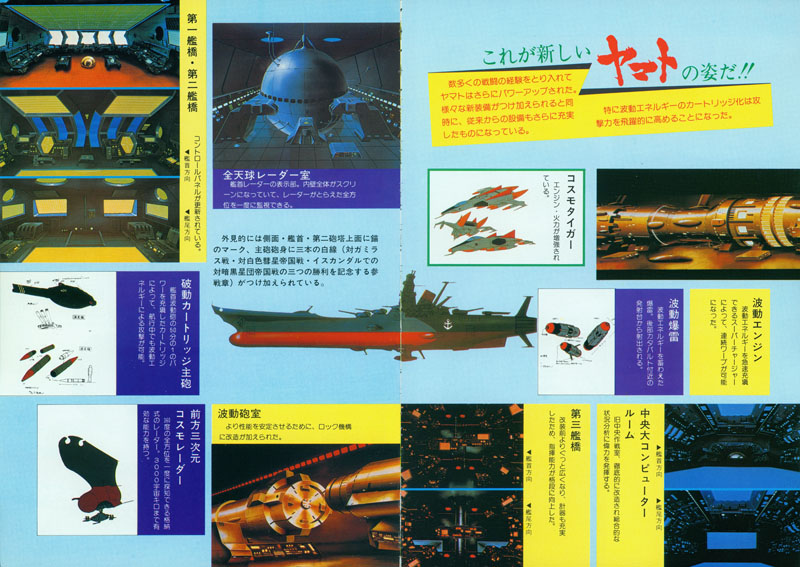 Although it is not necessary to explain the power of Wave-Motion energy now, everyone knows it to be unrivaled with just a single drawback. Namely, it can only be used once at a time for either the Wave-Motion gun or the warp and it is time-consuming to recharge. In the meantime, you must get by without Wave-Motion energy and it is because of this that Yamato has experienced a crisis more than once.

Yamato without Wave-Motion energy is like the Giants baseball team now without top home-run batter Sadaharu Oh. Counterattack is the best it can manage.

In short, Wave-Motion energy could not be divided or use in small amounts, stored for multiple counts.

It is said that in order to float a big ship on a shallow river, a dam is built upstream and the ship seems to move if the water is let out a little at a time. But even in this case, water cannot be stored beyond the dam’s capacity and the smaller stream cannot propel the ship.

This area is improved by the use of cartridges filled with wave-motion energy. (Wave-Motion cartridge for the main guns/Wave-Motion depth charges.) This enables continuous flight with rapid filling by supercharger, making continuous warps possible. Previously, Wave-Motion energy could be used little by little to achieve small warps, but it could not be used continuously.

As for the attack weapons, there has never been a ‘smaller’ wave-motion gun. But now Yamato has more attack power than ever. It is reasonable to use less power since wielding continent-destroying energy against only one enemy battleship would be wasteful.

Lastly, there doesn’t seem to be a big change in the fundamental characteristics of the gun’s destructive power, but the mechanism has been renewed. 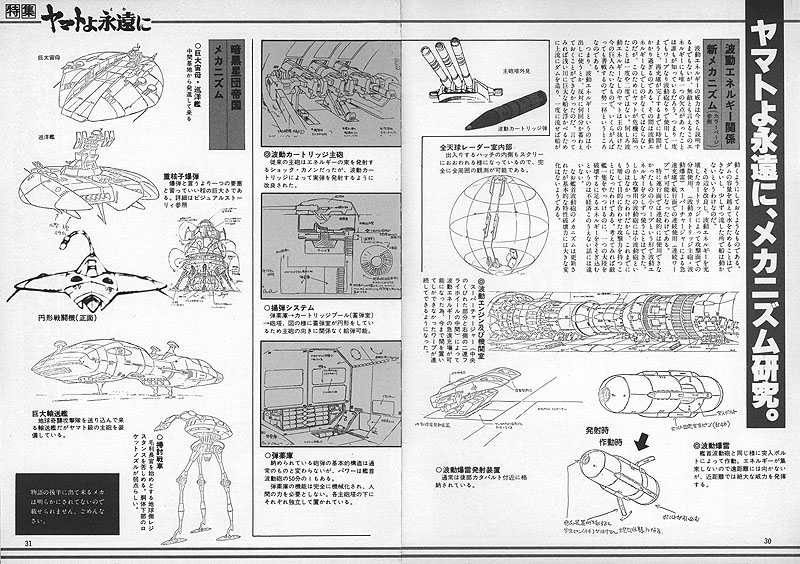