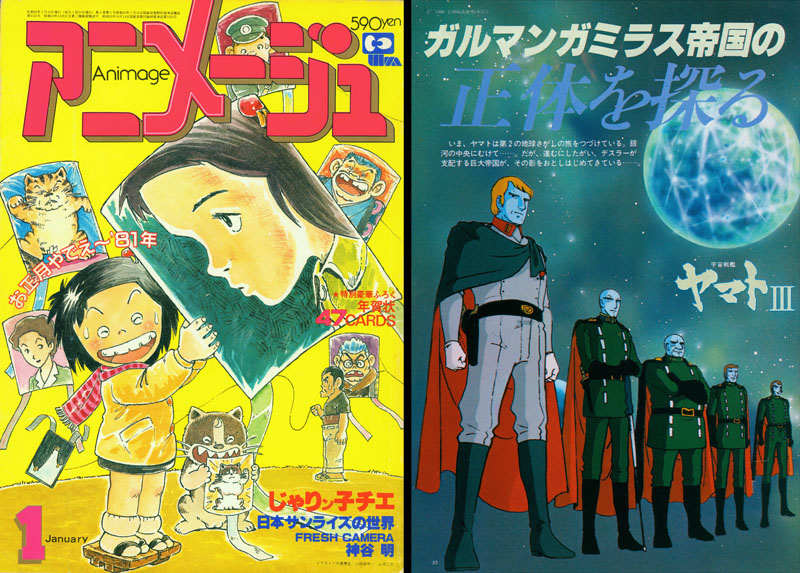 The True Nature of the Galman-Gamilas Empire

Now, Yamato continues the search for the second Earth, toward the center of the galaxy. But as we advance, the huge empire ruled by Dessler begins to cast a shadow…

In the center of the galaxy to which Earth belongs, Dessler has built up a mighty interstellar nation in a short period of time. We wonder what the relationship is between Dessler and the Galman-Gamilas Empire… 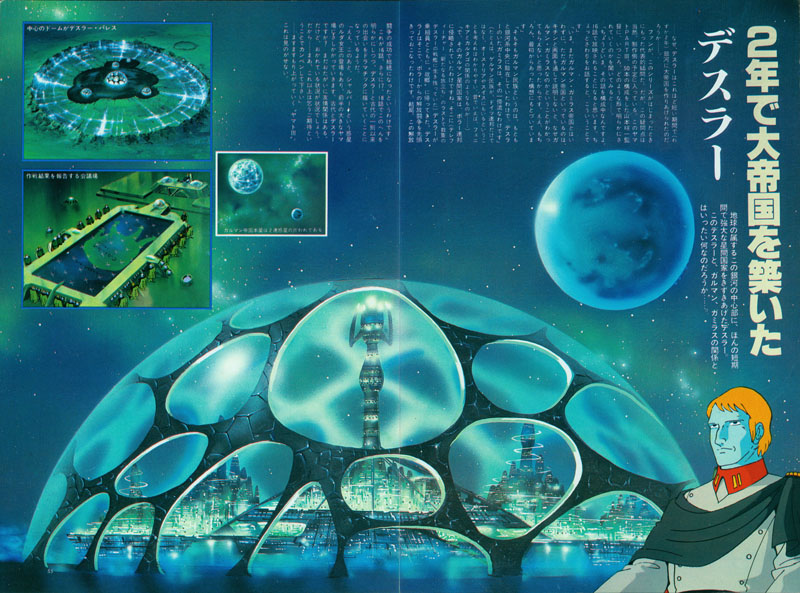 Why is it that Dessler was able to build such an empire in so short a time (just 2 years)? It may have been typical of fans to suspect it when the series began. But, naturally, this point in question was built into the plan of the production side. We’d love to hear about its development from Director Eiichi Yamamoto, who composed the 50-episode plan for Yamato Part III.

“I’m working on the story right now. I think it will be broadcast in Episode 16. I can tell you a little bit about it for the moment.”

“When it is referred to now as the Galman-Gamilas Empire, it’s because it isn’t properly explained by just calling it the Gamilas Empire. Yes, of course it is based on an idea I had from the beginning. The race was originally called Galman and was located in the center of the galaxy before it scattered. Dessler and Gamilas were one of the branches.”

(For example, the German Federation is not made up only of Germanic people. It is said that in the old days it included the Austrians and the Swiss, like the relationship between Phoenicia and Carthage.)

“The interstellar nation of Galman was invaded by the Bolar Federation. After the telefeature The New Voyage, Dessler returned with his crew in their surviving battleships to the ‘hometown.’ There, Dessler fought to liberate them from Bolar. After the success of this struggle, he became the Emperor.”

This is all clarified in episodes 16, 17, and 18, which seems to present the dramatic reunion of Dessler and Kodai.

“Yes, after this there is also the appearance of Queen Ruda of the Planet Shalbart as Yamato approaches something big in the first half. Is it Kodai and Dessler? There is still a mutual friendship. However, a situation arises. Therefore, please forgive me, but that’s all I can say, so stay tuned.”

Yamato III gets better and better. We can’t miss it. 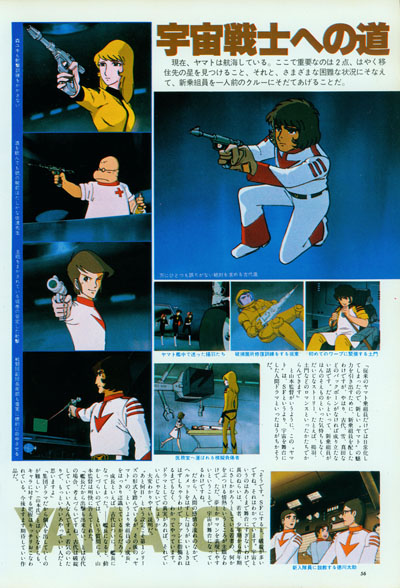 The Way of a Space Soldier

At present, Yamato is on a voyage. The two most important points are to quickly find a planet for emigration, and to turn the new crew into a full-fledged crew by preparing them for a variety of difficult situations.

“Since the conventional Yamato crew has become routine, we created a new crew in order to bring out the appeal of Yamato, but the story wouldn’t hold together if we didn’t have the backbone of Kodai, Yuki, and the others. Even so, to prevent the new crew from just feeling like icing on the cake, they have important stories, such as Domon and Ageha being rivals in a romance.”

Director Yamamoto says that rather than SF, Yamato is a drama of human beings with outer space as its stage.

“That’s right. When making SF, there are many breakdowns. I understand that. In the end, outer space is just a stage and the real aim is the passage of young adolescents out of childhood. Space is a stage for young people to find passion for something and express dreams and romance. Therefore, in the flow of human emotions, fans understand that it doesn’t need to be pointed out when it is better to remove a helmet. It’s better for truth to come from the drama.”

This explanation is easy to understand. Though the first series format of “how many days left” wasn’t used in subsequent Yamato stories, the “growth” of the crew was more clearly recognized. Speaking of growth, Kodai has become the captain at last. The life of a captain is one of hard work, and Director Yamamoto also spoke to this with clarity.

“In Kodai’s case, it’s hard to believe that he would not be made captain by now. Kodai is a person who might still fail, but I think someone who acts upon the whims of youth could still accomplish more. But since it is a group drama, it’s difficult to focus on just one.”

Despite this, his grasp of the characters is just right. We can look forward to more good work in the future.