After all six brainstorming sessions concluded, Eiichi Yamamoto was assigned with the task of weaving the strongest concepts into a single narrative to establish story structure. As shown in part 2, Aritsune Toyota followed up with some additional notes (probably based on subsequent discussion) and then further work was suspended until the beginning of 1982. 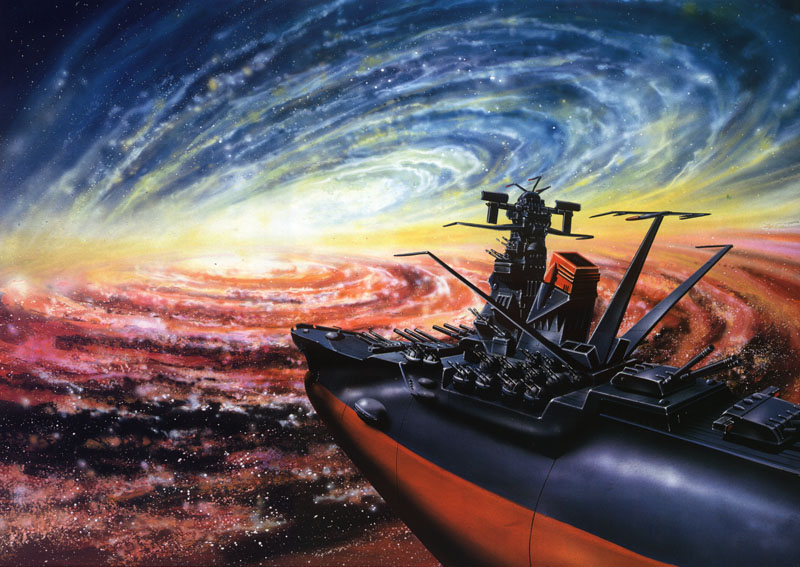 The movie begins with a large-scale event in space: another galaxy moves toward the Milky Way and crosses into it. As a practical matter, because a galaxy is tens of thousands of light-years wide, it would take tens of thousands of years to cross ours, even at the speed of light. That does not have to be the case in this story. Therefore, it is decided not to touch on matters of speed or time. It will be presented symbolically on the screen with a full shot of the galaxy.

Although the accident passes in a moment on Earth, it is understood that such a thing happened and thus it is necessary to carry out an investigation. Also, it is thought that if galaxies were actually to intersect, the vast distances between planets would make collisions a rare event. In this case, the intersection with the other galaxy happens at the core of the Milky Way. Earth is not affected because it is closer to the rim, but the Galman Empire is located in one of the core systems so it receives a crushing blow. Emperor Dessler loses his homeland once again and is resigned to his fate to wander space.

After the galaxy passes and recedes into the distance (to be discussed later), it accidentally leaves two objects behind. We gradually learn that one is a celestial body of evil and the other is a celestial body of good. Each has its own star or cluster of stars. Whether or not something like a planetary federation could form in the evil body, for example, will be examined at a later date.

In any case, the celestial body of good is named Aquarius. It has the nature of a large mass of water and its queen (name to be decided) is a beautiful woman of space.

It should be discussed whether or not the character of the evil body is relevant to water or if it would be better to conversely give it a fire nature. We must consider the relationship of distance and location between the two celestial bodies.

Although these two bodies were left behind, they desperately grope for a way to return to their galaxy, but there is no way. In addition, a crisis of falling into ruin approaches for the evil body (reason to be considered later). Out of necessity, the body of evil will try to attack and subdue the Earth in order to emigrate there. 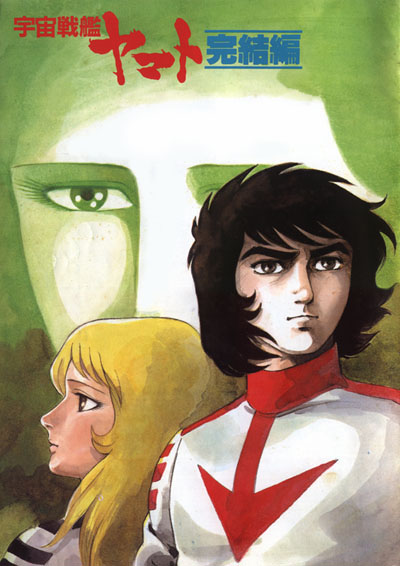 All the space fleets of Earth engage against this. Yamato joins them. Juuzo Okita, who died in part 1, is actually not dead and rides on Yamato again as the captain.

The enemy is strong. Casualties mount on both sides.

Kodai cannot bear fighting such a tragic war and looks for a way for the enemy to return to its original galaxy so the crisis can be ended. As a result, a certain plan is discovered. For example, it could be to join the evil body with Aquarius.

But it is a very difficult matter to make contact with Aquarius. The probability of success is small. Despite Kodai’s emotional pursuasion, Okita rejects the idea of using Yamato for this goal. There are few remaining ships in the Earth Defense Force. It can only be attempted if there is a higher probability.

Although Kodai is unhappy with Okita’s decision, Kodai faces the next battle with him. The Earth Defense Force suffers a major defeat. Okita is wounded and collapses, making Kodai the acting captain. Kodai acts on his own beliefs and resolves to take Yamato to Aquarius.

Earth continues to suffer defeat and despair deepens. Voices rise to curse Yamato for its cowardly retreat from the battle line.

Yamato has a voyage of hardship.

Emperor Dessler, who is wandering in space, aids Yamato in the discovery of Aquarius.

The main fleet of the enemy sets up a blockade in Yamato‘s path. Kodai and the others fight against it. Dessler may be helpful here.

Yamato finally succeeds in contacting the water queen of Aquarius and her heart is moved.

Aquarius merges with the celestial body of evil. The mass of water surrounds the star of evil and both return to their galaxy. (Mechanism for this to be discussed later.)

Okita accepts the solution of self-belief and peaceful resolution over the intent to solve it through battle. But Kodai’s accomplishment goes beyond simple self-belief. Kodai has come to symbolize humankind through his work. Okita’s trust in Kodai leads to a trust in humanity itself. 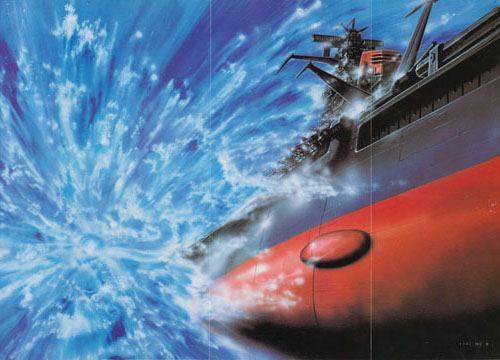 “The human race may face many crises in the future. But surely humans will survive every time, and mature into great peace-loving people of space. Since Kodai has grown so far, Yamato‘s mission will end here with me.”

Yamato is greatly damaged. Okita will take Yamato to a place of rest and decides to die along with Yamato.

Yamato has lost its ability to travel. Okita devises an emergency to motivate the crew to abandon ship. Kodai and the others bid farewell to Yamato, now carrying Okita. It starts to move slowly, as if powered by its last spark. It moves off with dignity as if to an elephant’s graveyard in the sea off the coast of Kyushu.

When Yamato reaches the seabed, a vortex of light appears which connects to a hyper-dimensional tunnel in space. Although this sea of light may also be Aquarius, Yamato enters it and disappears. Finally, the legend is told of Aquarius which passes through space like a loving mother.

Note: The following idea was developed from a comment by Mr. Kasahara on July 24, and it was recorded since the intention was to not reject any of his proposals. (It applies to part 13 above, and differs from part 6.)

The enemy is a federation of planets. Their survival must come at the expense of either Earth or Aquarius, and they come for Earth. If Earth turns to Aquarius, it is assumed that all life forms there will be lost. Okita asserts that Aquarius will be ruined, but Kodai discovers a solution in its connections to the enemy. They are engaged in a war with a hated enemy, but Kodai solves it with a compromise that will allow both sides to live.