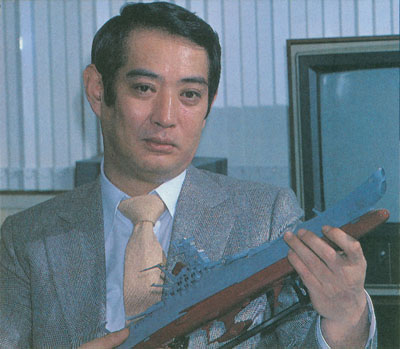 Despite the ever-increasing growth of anime at the time, Space Battleship Yamato coverage in monthly specialty magazines was practically absent for over a year after the last story on Yamato III appeared in the first issue of My Anime in March 1981. Animedia ran a nice retrospective in its September ’81 issue along with the first mention of The Final Chapter, but with the exciting world of anime in constant explosion mode, there wasn’t much editorial attention to spare on a franchise with nothing in production, even the biggest franchise of them all.

That changed instantly on April 27, 1982 when Yoshinobu Nishizaki emerged from the confines of his Westcape Corporation office to conduct a press conference that officially broke the news of Final Yamato‘s production. Armed with a press kit, a release date (March 19, 1983), and his usual panache, he gave editors plenty to sink their teeth into, and beginning with their July issues (released in June), they kicked off what would become almost a year of non-stop Yamato coverage. In that time, more pages would be devoted to Final Yamato than any of its predecessors. 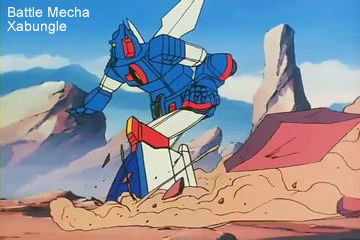 It’s worth taking a moment to examine this time frame in the world of SF anime for some context. Yoshiyuki Tomino’s Mobile Suit Gundam had come and gone on TV, meeting a similar fate as Yamato‘s first series when it was ended prematurely by low ratings despite a ferociously loyal fan following.

Yamato had taken over two years to regain its footing with the 1977 feature film, but Gundam made the same leap in half the time when its game-changing trilogy was released over the course of a year from March ’81 to March ’82. Tomino had already produced his second SF series, Legendary Giant Ideon during that time and was underway on his third, Battle Mecha Xabungle.

Meanwhile, Leiji Matsumoto had become his own franchise with two Galaxy Express movies and a long-running TV series, and had followed up with other projects including the Queen Millennia series. He was readying a movie version of it when Nishizaki made his Final Yamato announcement. 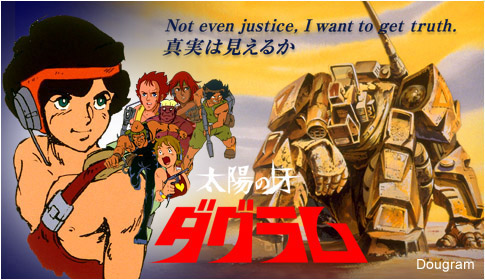 Elsewhere on TV, the “super robot” trend was beginning to show some fatigue, but holdouts such as Gold Lightan, Golion, Goshogun, and Godmars (“Go” was a popular syllable in the early 80s) were still working hard for your anime dollar. But an anime writer/director named Ryusuke Takahashi was steadily overturning the status quo with a hard-SF robot war series called Fang of the Sun Dougram, which would fully establish the emerging “real robot” genre that went on to rule the 80s.

As the July issues of the various anime magazines went to press, even bigger things were on the horizon; a pair of Ideon movies, Leiji Matsumoto’s My Youth in Arcadia, and a wily contender named Space Adventure Cobra were about to hit the big screen, and an as-yet-unheard of TV series titled Super Dimension Fortress Macross was in preproduction for the fall alongside Matsumoto’s Endless Road SSX.

With all this activity, it goes without saying that Final Yamato was entering a very crowded and competitive arena, and Yoshinobu Nishizaki knew full well that the stakes were higher than before. Thus he came out swinging with ambitious announcements, not the least of which was the promise that Final Yamato would be Japan’s first 70mm release. (It got there eventually, but not as early as he’d hoped.) He also had full confidence in the depth and scope of the storyline that had taken so long to create, and justifiably lead with it as his number one talking point. 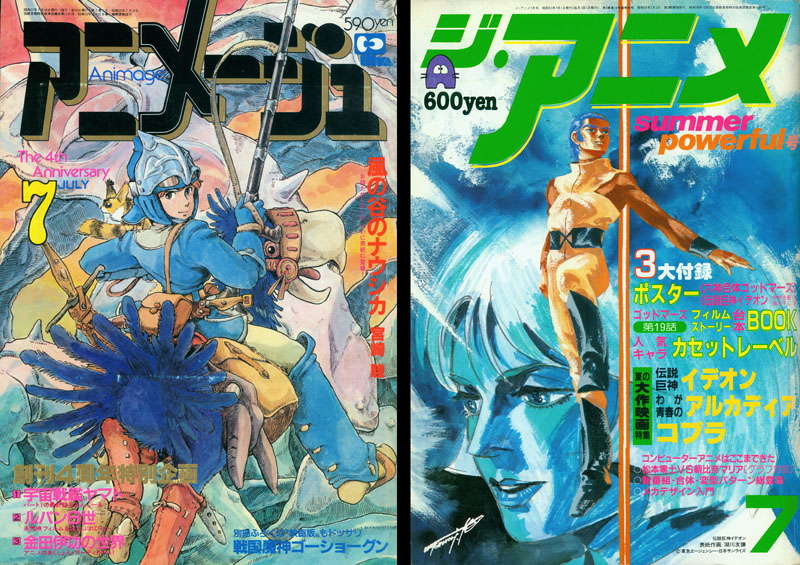 Animage‘s fourth anniversary issue put an energetic young girl named Nausicaa on its cover to promote Hayao Miyazaki’s serialized manga, which had been part of the magazine for six months. The lead articles were devoted to the Ideon movies, Godmars, My Youth in Arcadia, Cobra, and Xabungle, along with an early announcement for Macross in October.

Final Yamato‘s inaugural article filled up 8 pages with an account of Nishizaki’s April press conference, a look back at Series 1, and a followup Nishizaki essay reprinted from the fan club magazine.

The Anime leaned heavily on the summer movies as well, with Ideon getting the top billing. Dougram and Xabungle got their share of attention, and an exploratory article about computer animation pointed the way toward the future. Their Final Yamato article was less than two pages long, but another feature would prove more relevant over the long term: a bound-in sub-magazine in the “Challenge Series” that spotlighted fledgling mecha designer Yutaka Izubuchi.

Naturally, that name would come to mean a lot more to Space Battleship Yamato over time, but back in 1982 he was making his way across many different SF anime titles and had plenty to say even as a beginner. 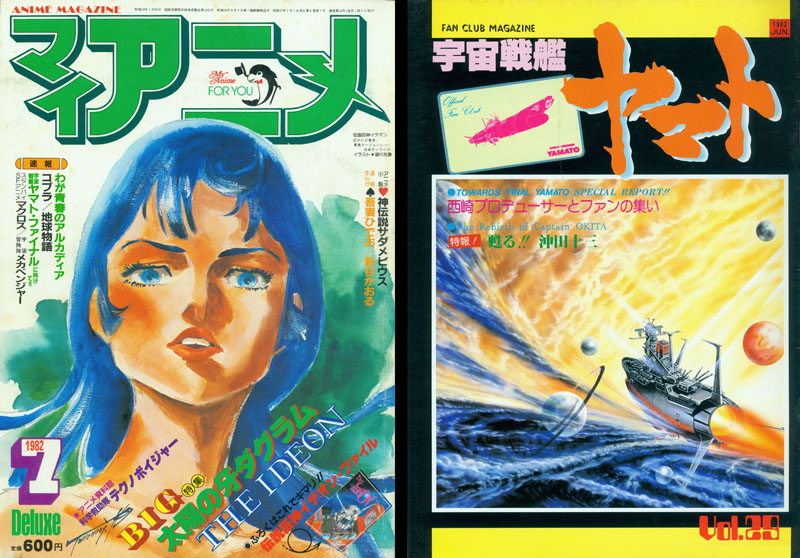 Akita Shoten, June 10, 1982
From its first issue in March ’81, My Anime consistently established itself as an “alternative” anime monthly with deep coverage, a refined design aesthetic, and in-depth relationships with industry professionals. Thus, while they also gave up-front attention to the summer movies, this issue had its eye firmly on the future with a substantial bound-in booklet on Dougram and a splashy first-look at Macross.

The Final Yamato article was only four pages, but proved to be the most interesting of the month with a direct Nishizaki interview and some spot-on speculation about the movie to come.

Of course, the official club magazine was the place to go for the pure hit of Yamato news, and this issue was a lively one. It began with a partial transcript of Yoshinobu Nishizaki’s presentation to a fan group in Tokyo that lead into one of the most probing Q&A sessions seen in these pages. Six pages of as-yet-unseen production art followed. 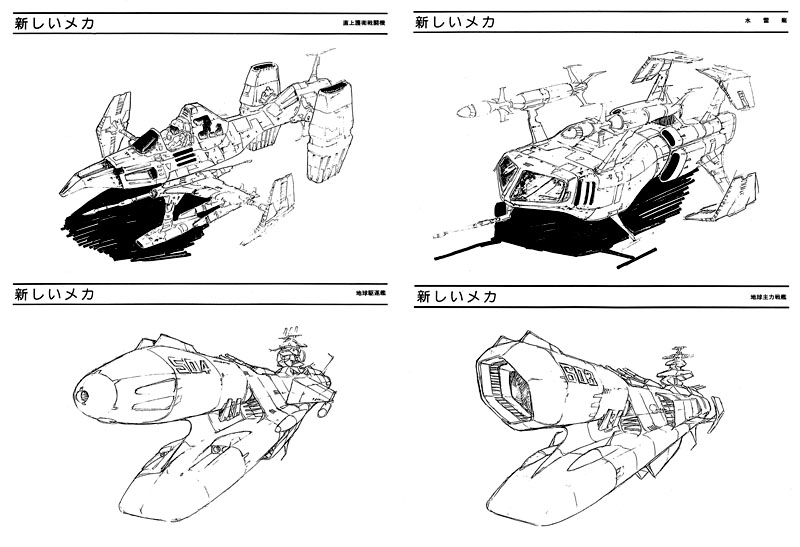 In his conversation with the Tokyo fan group (transcribed in Fan Club Magazine #29) he made the interesting comment that he would love to do a TV version of Final Yamato that would presumably expand the story to an even bigger epic than it already was. Evidently, that was more than just a whim–many years later, a full-fledged 30-page proposal emerged that did indeed pitch the story as a TV series. There was no specific information about what would be added to the story, but the package included artwork seen nowhere else.

Read all about it here.

Continue to the next Time Machine: July 1982