The line of product merchandising for Final Yamato was the smallest out of all four movies for two basic reasons. First, the fans were getting older and second, many of the previous items were still available. This allowed the new product line to aim for a higher degree of sophistication since they would most likely appeal to older teens and adults.

Much attention was given to the ‘legacy’ nature of these goods, which could for the first time commemorate 10 years of an anime series since pre-production of the original had begun in 1973. Equal gravitas could be found in the English-language phrase that adorned many of the products in this wave:

The time has finally come for the Space Battleship Yamato, who loved mankind, loved the Earth, who throughout the years bestowed courage and hope to all, to truly rest. The year is 2203.

So get out there and starting buying stuff, fanboy!

Sweatshirts (or ‘trainers’ as they were called at the time) were new to Yamato merchandising, and were among the products to promote the 10th anniversary message. The same design was used for t-shirts, and all were available in both black and white. 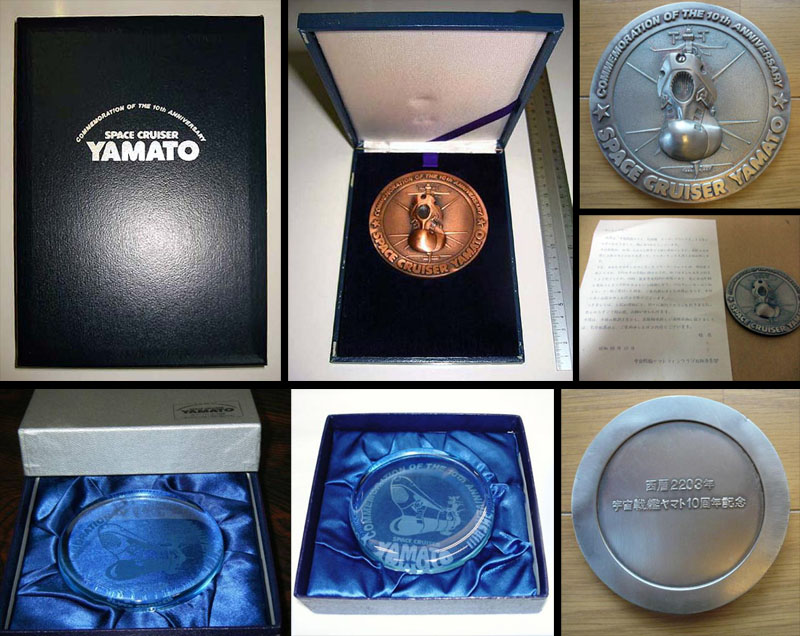 Heavy paperweights were also new, and could be had in both glass and pewter. They will probably still be around when the sun engulfs the Earth.

This personal organizer was a very adult-looking collectible indeed, entirely acceptable in a modern business environment…until you opened it up to reveal a very classy 64-page booklet that retold the stories of all four Yamato feature films.

These wallet-size address books were probably made by the same manufacturer, complete with a window into the world of Final Yamato.

New idol cards and pencil cases were there for the young and the young-at-heart, again designed with the understated elegance of the entire product line.

The same could be said for this trio of pencil boards, each of which carried the English phrase on both front and back. 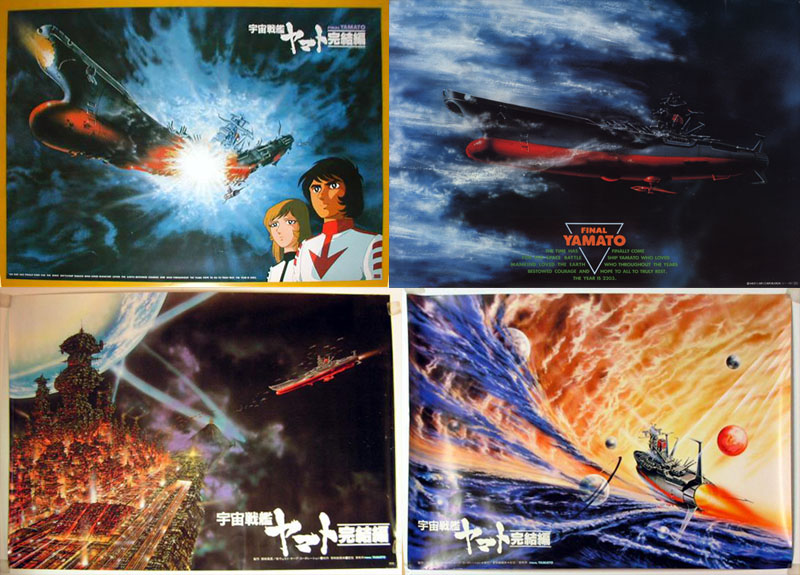 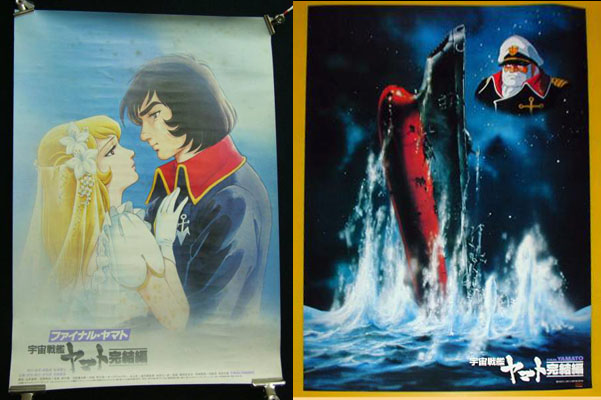 With so much pre-production art to choose from, there were plenty of poster-ready images to place before a hungry public. (These are only a few; see more in our Final Yamato gallery.)

Large-size wall clocks had been a standard for fan club products since the days of the first Yamato movie, so it was only natural for the Final Yamato version to be an up-to-date digital timepiece.

And of course everyone would need new shopping bags to carry everything home. These bags made their debut at the March 1983 Grand Festival concert and were ready-made for whatever fans wanted from the souvenir stand.

There was one more postcard set for Final Yamato, a small line of just six cards to add to the previous sets–which were almost certainly never used for their intended purpose. 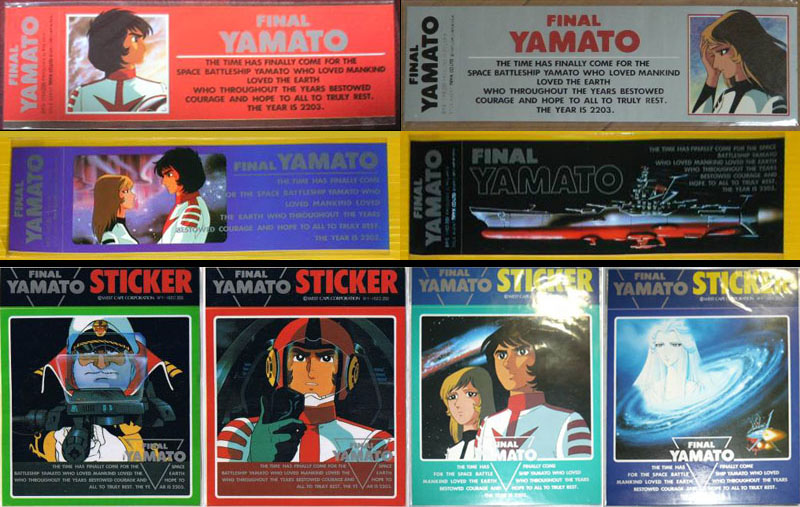 And what would a product line be without some stickers for good measure? Less colorful and certainly less sticky, that’s what. 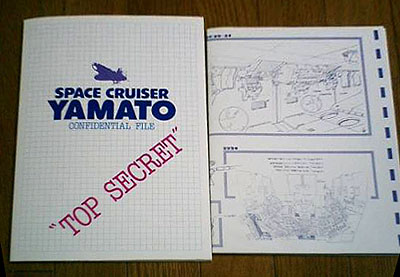 And last but not least we have the Space Cruiser Yamato Confidential File, a folder containing a one-of-a-kind poster displaying various functions of the ship for new recruits. Such a folder might have served double-duty for carrying schoolwork around, but stands as a much better example of superfluous cool. Which pretty much sums up the entire world of the Fancy Goods. Who needed them? No one. Who wanted them? Everyone! 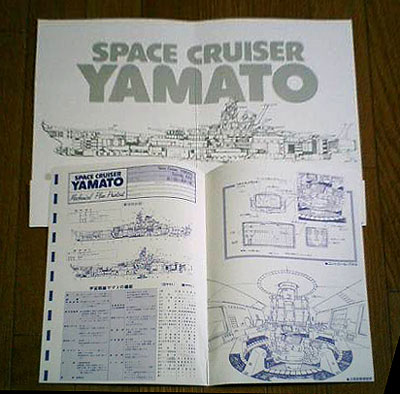 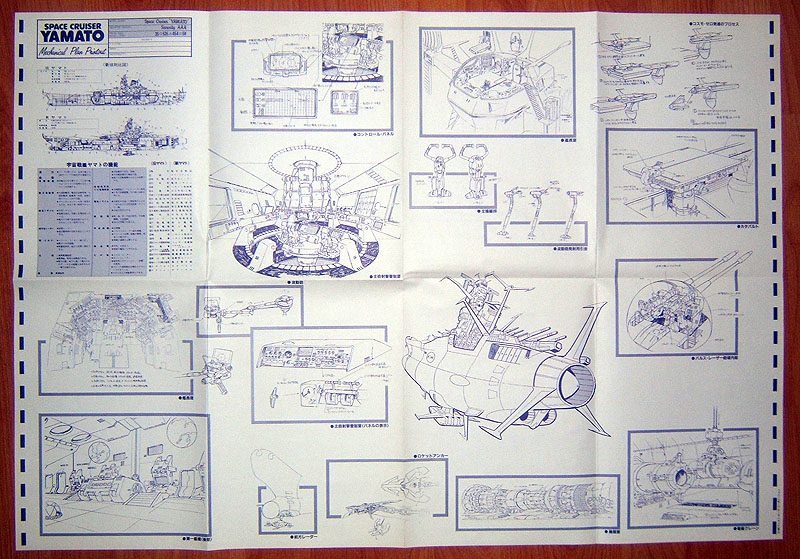