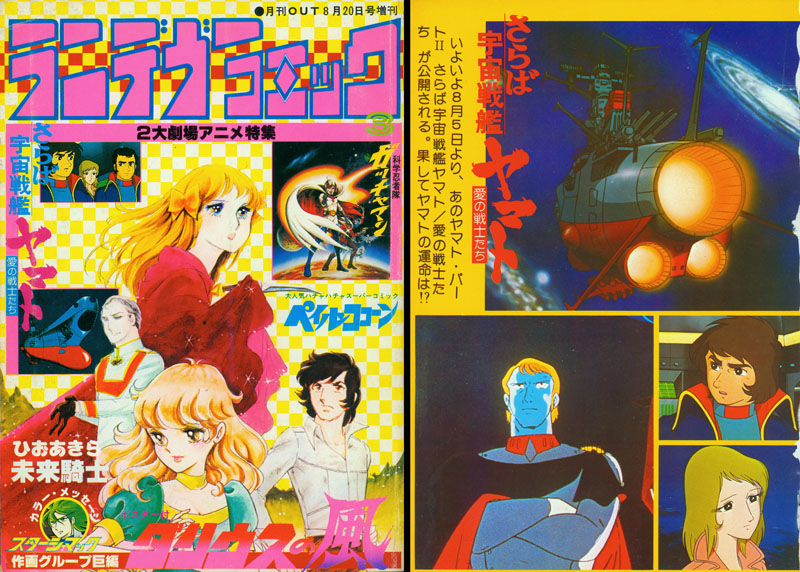 Last October/November, one of the big problems about making Yamato Part II was that perhaps half of the existing Yamato fan clubs were in doubt about it, and you yourself felt that you didn’t want to make it. If that was the case, then how did this come to be made at all? Was it felt that it might ruin the image of Part 1?

About half were afraid of that. About a quarter absolutely did not want it to be made, and they made a strong approach. But half of them wanted Part II to be made by all means, and theirs was the voice that wanted to see Yamato again.

At that stage, I wondered what on Earth I would do with it and what kind of thing I would make, because nothing had been clearly proposed. The willingness to make it was mixed with the potential embarrassment of destroying the image of the first work. So at the time, there was not the will to make it, and I just continued saying that I didn’t want to. I also didn’t want to be accused of common commercialism, just doing it to make more money. That’s not the kind of producer I am.

After all, there must be a clearly-understood theme, especially if we were to continue Yamato from the first work. Thus would be an absolute requirement, and making a new one that didn’t relate to the previous one would be impossible. It would be better not to make one at all. So the reason to make it was squeezed into the notion of whether or not it was worth continuing the previous work.

From September to October to a certain point in November, I did not have the will to make it. But after the start of November, I began to contemplate the requests of those people who wanted Part II.

At the end of the previous work, after the battle on Gamilas, Kodai realized the importance of choosing love over war. If a simple love story became the subject of the sequel it wouldn’t have much to do with Yamato, but when I thought about connecting the two, an image that floated in was the end of Yamato. In other words, I imagined depicting the last moments of the “lead character,” Space Battleship Yamato.

Then I was left with the question of how to reach that moment.

Another was solving the problem of how Kodai would put his realization of love over war into practice, otherwise I couldn’t even think about showing Yamato‘s final moment. Even with that knowledge, how would we demonstrate the thing called love in a given situation? If so, the theme would be about what Kodai does next on Earth.

The ideal solution would be that love can solve anything, but these are just empty words. Our ancestors have advocated this ideal for a long time, but simply reciting the words doesn’t accomplish very much. Conversely, Kodai’s process of aiming for this ideal could in itself be the basis for a story. Moreover, if Yamato were brought into the drama with Kodai, a picture could begin to form. 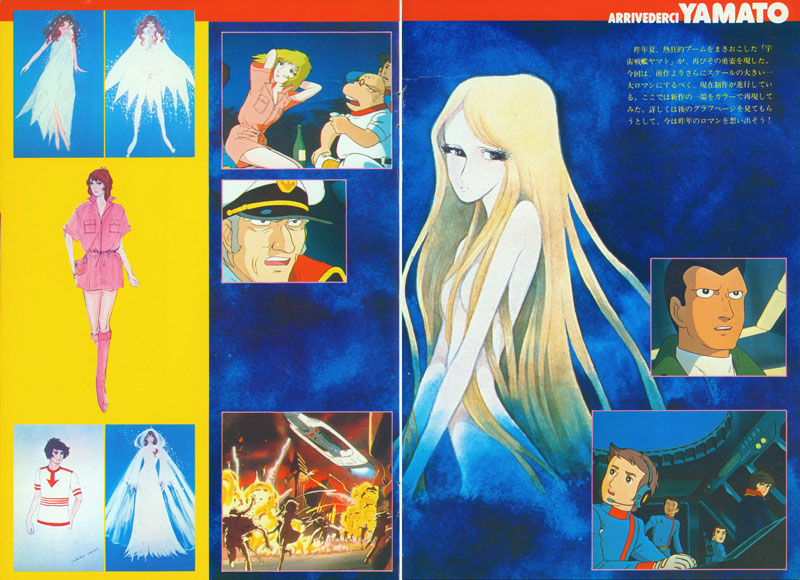 Simply advocating for an ideal becomes an abstract argument if there is nothing concrete to support it. So if we made that ideal the basis of the story in Part II, then the second part of the process would be to reinforce it with a demonstration of love.

It is certain that it is wrong to fight for whatever reason, but it can be permitted even though it does not agree with Ghandi’s solution of love for all mankind. After all, we must take action to reach our goal.

The love of a man and woman is necessary for us to coexist and be at peace with the universe. If our efforts in this process are attacked by an evil force, if our ideal is interfered with, then there is a reason Kodai would place himself back into a fight.

That was the reason I decided to make Yamato again.

In the end, working to solve all problems through love may cause society to suffer for hundreds or even thousands of years. To that end, the accumulation of every single little love could eventually build an ideal world. Think about it in familiar terms; your friend, your sweetheart, the relatives you cherish, all these feelings can accumulate over time to finally open up an ideal world. Therefore, it is not an abstract discussion if we think of it as individual accumulation.

Even though love is recited by the mouth, what concrete action can you take for the people you love? Is it only a superficial word, or could you defend a love one at the risk of your own life? This is presented concretely in Part II. Through the love of Yuki and Kodai, there is the case of staking one’s life on the attitude of fighting evil.

What I have described so far is the theme of this work, and it is the attitude of the people who make it. But if that’s all there was to it, it wouldn’t be very interesting. A movie also has to be enjoyable to watch, with action, love, and suspense. I think it is best for everything I’ve mentioned to develop naturally from that, and what comes of it in the end cannot be said.

Though there will be some parts that emphasize all of this, perhaps their effect on your imagination will differ entirely. However, this Yamato Part II does not depict an ideal society, and it may be said that its purpose is to show trial and error in the actions taken to reach that goal.

Only a few of this article’s original pages are shown above. See the rest here.