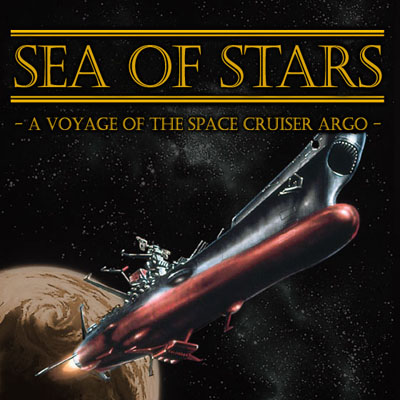 A year ago, as part of the release of our Star Blazers based audio drama, I was given the opportunity to write an article about the process of creating the show. Now that the second season of Sea of Stars has been released, I’ve been given the chance once again. I just want to warn you, the following is a minefield of spoilers. If you haven’t heard the rest of the story, you may want to do that first.

The road behind us, and the path before us

Last year, Forward Momentum Productions released its second audio drama, Sea of Stars: A Voyage of the Space Cruiser Argo. The first season ran for six episodes (of approximately thirty minutes each) and was our most successful venture yet. Sea of Stars and its historical documentary prequel episode The Argo: Sailor of the Stars have been downloaded thousands of times by people across the globe.

But that wasn’t the complete story.

Sea of Stars was originally envisioned to run ten episodes, not six. We still had a huge amount of story to tell. The problem was pacing. The early episodes depended on the immediacy of the threat posed by a Comet Empire fleet coming to sterilize the surface of the long-conquered Earth. Once that threat was dealt with, there was a noticeable lull, a decline in the action that the narrative couldn’t quite hide.

The answer was to break the story in two. Sea of Stars would now run for two seasons of six episodes each. This also allowed time to give the second batch of scripts the thorough editing they required. Since we were reworking the plot anyway, why not throw in more surprises?

Several months later, we released Sea of Stars: Invasion, which details events discussed in season one and directly sets up season two. It is also a bridge between the end of Final Yamato and our first episode. Derek Wildstar leaves the EDF to work for Sandor Aerospace and marries Nova. She then becomes the captain of the new EDF flagship. Meanwhile, in the Comet Empire, a political struggle in the Imperial Church puts the reins of power into the hands of a man who isn’t shy about manipulating the Emperor into taking up Zordar’s final battle.

Invasion also marked the return of a familiar voice. Amy Howard Wilson, the original voice of Nova from Star Blazers, graciously volunteered to reprise the role. As a fanboy, I have to admit, hearing her first line was one of the most incredible moments in Forward Momentum’s history.

Now comes season two. Episode seven, The New Menace, marks a shift in tone. Wildstar learns that the Comet Emperor Jahmorta has set out to destroy Earth with all four of the Empire’s comet fortresses. When we raise the stakes, we don’t kid around.

The Argo has been joined by the forces of Emperor Desslok of Galman and a fleet of mercenary vessels under the command of the space pirate Captain Harlock. Yet even this united force is not enough to stand against this new threat. It seems hopeless until a chance remark by a captive Imperial priest reveals the truth. The reason that Earth has been targeted for destruction is a prophecy about a grey comet, handed down by a heretical sect within Imperial society.

This begins a quest that culminates in a battle between the Argo along with her surviving allies, and Emperor Jahmorta’s Prime Fortress. It is a contest that neither side can win, but all will surely lose. 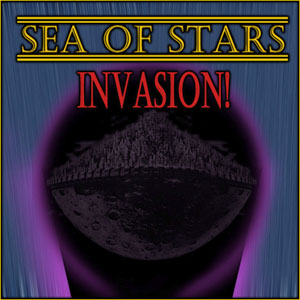 The path gets bumpy…

Season two would see its share of challenges however. Some were dire, others downright silly.

At the end of the first season, the Argo is saved by a fleet of pirate vessels led by the legendary rogue Captain Harlock, and a fleet of Galman warships led by Emperor Desslok himself. An unexpected (and somewhat amusing) issue arose almost at once. Saying the words Harlock and Desslok anywhere near each other sounds very odd, so “My Good Pirate” and “Emperor” were often said in place of their names.

Desslok also needed a better voice. He only had two small lines in the first season, and I admit, they were voiced by me. I tried to imitate the original Eddie Allen-voiced Desslok, with only limited success. For the character’s greatly expanded role, Desslok was going to need a much better actor than me. Also, several more original Star Blazers characters would be making appearances in season two. Casting became a major issue.

To the rescue rode R. Douglas Barbieri, a gentleman I’ve wanted to work with for many years. While his performance doesn’t sound much like Eddie Allen, he inhabits Desslok with a grandeur and nobility perfectly befitting the role. Likewise, we were lucky enough to add Jefferey Lincoln, Frederick Kopetz, Peg DiGrazia, and Dylan Spencer for the iconic roles of Mark Venture (and Homer Glitchman, wow!), Prince Zordar, Trelaina and Captain Harlock respectively

Of course, the inclusion of more iconic characters from the anime wasn’t the only change between seasons one and two. In the first half of the series, we focused almost exclusively on the Star Force. There were only one or two short bits featuring the Imperial forces per episode. As we get to season two however, we begin to show more scenes featuring the Imperial family. The reason is pretty simple: to create drama, you need a protagonist and an antagonist.

Note, I didn’t say hero and villain. Would Desslok be nearly as interesting a character if he only wanted to destroy the Earth because it blocked his view of Venus? Of course not. He was fighting to create a new home for his dying people. Desslok, regardless of his seeming indifference when we first meet him, is noble. There are few things less interesting than a villain who is evil for evil’s sake.

Antagonists need motivations, just as protagonists do. The why is ofttimes far more important than the how. So who are our antagonists, and just what drives them? These questions were a primary focus in the second half of the series.

It’s easy to point at Comet Emperor Jahmorta and say he’s the villain, but is he? He obviously does evil things, but he does them out of grief and rage. Indeed, it is his grief that causes him to finally stop, that brings him to his senses at the very last moment. Likewise, Prince Darcal is a weak man who is forever being thrust into his dead brother’s shoes. However, by the end we see all he really wants is his father’s acceptance. While I wouldn’t call either character particularly noble, they are understandable. 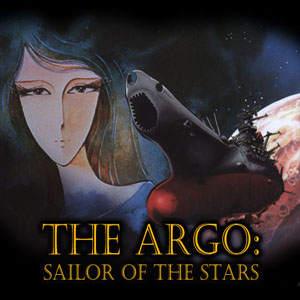 Sympathetic, highly-developed villains are only one motif of most chapters of Yamato. Throughout the series, great queens and sages were elevated to something beyond, to the level of near-goddesses. Starsha, Trelaina, Guardiana…what were they, really? How did they achieve this state of higher being? We answer this question by saying they are part of a cycle, part of a greater mystery that encompasses life, death, and everything; a cycle we continue in our story. This also explains why ghosts of important characters seem to pop up fairly often, including throughout the New Telezart arc.

Another theme of Yamato, and one that caused a great deal of anguish during the writing of the story, is one of sacrifice. Service to one’s ideals, to one’s fellows, is at the core of Yamato, as is the willingness to sacrifice for them. This is exemplified by the fate of Derek Wildstar. His death was not an easy scene to write, particularly after the death of Mei Gideon just before. It even sparked an email from a cast member who was angry that all we had left of the original anime now was Jordy Venture. In the original plot outline, it was supposed to be Desslok, sacrificing himself to protect his friends aboard the Argo. But the sad truth is, the Argo always kills its Captain.

The scene does, however, directly set up a powerful moment in the epilogue. Wildstar’s reunion with Nova, on the other side. In a real sense, I think this is the happiest ending of all for Derek. His goal of saving Earth is realized, he once again meets with the woman he loves, and is surrounded by all the friends who have gone before.

I’m writing this as the final episode is being mixed and readied for release in a few weeks. Maybe it’s only natural to take a look back over the long, strange trip this show has taken. Directing this has been at times inspiring, and at others downright crazy-making. It has given me the chance to work with wonderful people and brought me success and opportunities.

But the memories that shine brightest are ones like: the cast member (we won’t embarrass them by using their name) who once asked “How classic an anime can Sea of Stars be, I’ve never heard of it” and then they saw the album art…”Wow! You didn’t tell me it was Star Blazers! I loved that show as a kid!”; or the feeling of awe when I heard Amy speak my dialogue in Nova’s voice; or my favorite bit of feedback, “I never saw Yamato until I heard this, now I can’t get enough of it. Thank you!”

And that brings us to the end of our story. When I set out on this path nearly five years ago, all I wanted to do was tell a good story. I hoped, at best, to help rekindle love of Yamato in a few fans here and there, but I would never have expected the events of these last years. A new animated film, a live-action film, the return of Star Blazers to North American television…and thousands of people have now listened to Sea of Stars. We are a part, however small, of the rebirth of Yamato. It’s very gratifying and extremely humbling.

To everyone who worked so hard to make Sea of Stars a reality, I thank you. To those who listened and encouraged us, thank you, too. We hope you have enjoyed our Star Blazers adventure.