Back up to page 1

One of the interesting story elements in Yamato 2199 is the inclusion of genuine literature, which plays as important a role in the future as it does today. The Heart of Agent 9 was an SF tale written specifically for the show (the framing device for Episode 9), echoed by The Lonely Witch in Ark of the Stars. But there are plenty of real books as well. Captain Okita’s bookshelf shows such classic titles such as Crime and Punishment, but there are two others that play more prominent roles.

Chuya Nakahara (1907-1937) is not well-known outside Japan, but is one of the nation’s most revered poets. He worked in many formats from haiku to symbolist and many of his works are considered household classics. One of his poems, Sorrow Already Spoiled, is favored in Yamato 2199 by Mamoru Kodai and Shiro Sanada. They pass a real edition of Chuya Nakahara Collection of Poems back and forth in their flashback episode (#17) and Sanada carries it with him as a keepsake on the voyage. He quotes lines from Sorrow in Episode 26:

A real edition of Chuya Nakahara Collection of Poems and Japanese biographies of Helen Keller.

The Second of the two books is known the world over: The Miracle Worker, the famed biography of America author Helen Keller. It appears very briefly in Ark of the Stars as the mechanism to foster communication between Mikage Kiryu and the non-human characters in the film. It is unknown if the book cover shown on screen is from an actual Japanese edition, but it makes use of a portrait that appears on related books as shown above.

The exquisite manga adaptation for the series is done single-handedly by artist/writer Michio Murakawa, who first made a name for himself in the fan community by publishing Yamato doujinshi. This ultimately earned him a place on the 2199 staff as an illustrator for special projects. The manga began serialization in New Type Ace magazine until it ceased publication. Now it continues online at Nico Nico Ace and Comic Walker. The individual chapters can be seen in our 2199 reports.

Adapts episodes 1 and 2. Order it from Amazon.co.jp

Adapts episodes 5 and 6. Order it from Amazon.co.jp

Adapts episodes 7 and 8. Order it from Amazon.co.jp

Adapts episodes 10 and 11. (Episode 9 was not adapted.) Order it from Amazon.co.jp

Adapts Episode 14 (with expansions). Order it from Amazon.co.jp

In our 2012 interview with Michio Murakawa, we got a privileged look at the intricate thumbnail drawings he does prior to his finished art. On December 31, 2012, he published all the thumbnails for the first 10 chapters in doujinshi form, titled Reflections of Yamato 2199, Volume 1. On January 25, 2014, he followed up with Volume 2, which covers chapters 11-21. Like Volume 1, it contains color pieces, liner notes, and outtakes.

The first volume was sold only at the Winter 2012 Comiket, and the second only through the Yamato Crew website. A third volume was published in October 2015.

The first-ever professional Yamato manga by a female (Mayumi Azuma) sports the English title Ace With Scarlet Eyes. Adapting the 2199 story from Akira Yamamoto’s POV, this collected edition is slightly enhanced from the original serialization in Comic Blade magazine. Chapter 1, originally cut short because the artist was ill at the time, has six restored pages and a handful of upgrades. Also included are several pages of character design sketches and a color foldout by Azuma that originally appeared as a poster in the magazine. The pages that originally appeared in color are reprinted in color. If there is only one complaint, it is that the story obviously finished prematurely. 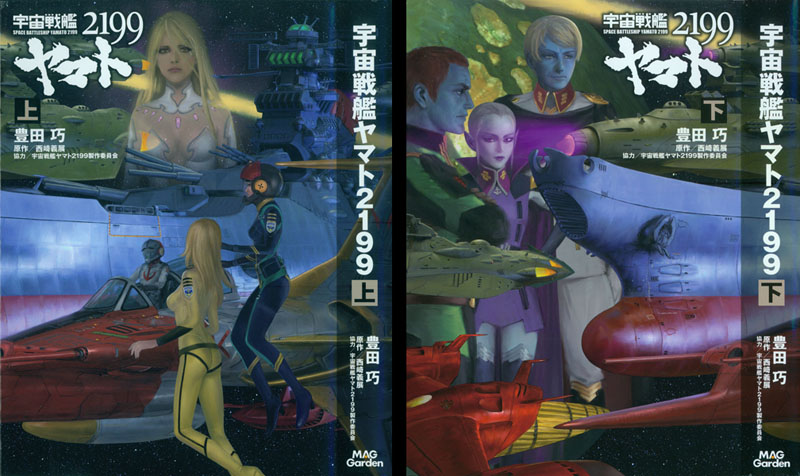 This volume covers the first half of the series in 344 pages, adapted by author Takumi Toyoda. It is all text, but everyone can enjoy the wraparound cover painting by Naoyuki Katoh. According to reviews on Japanese blogs, the writing gives more attention to the characters’ inner feelings (which is more suitable for a novel) and the story stays entirely on the Yamato side with Melda Deitz as the sole Garmillas character.

Interesting things happen when you combine both of Naoyuki Katoh’s cover paintings.

The followup runs about 20 pages longer than the first and goes all the way to the end of the series.

Order it from Amazon.co.jp. 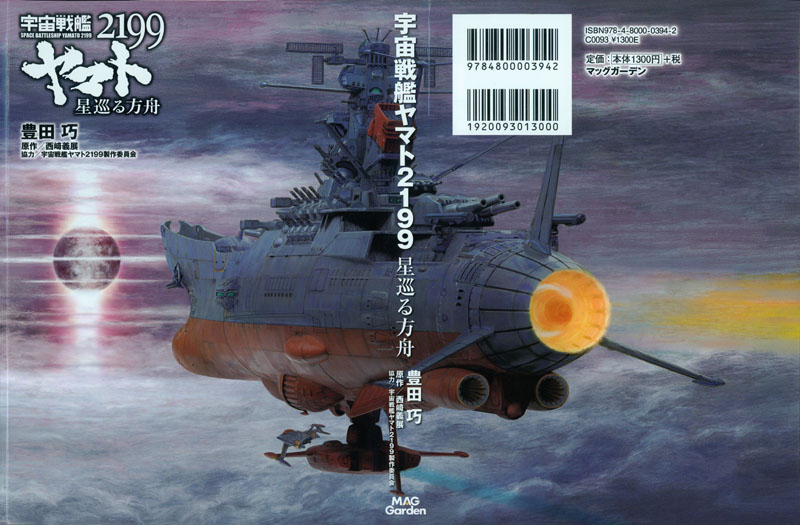 Ark of the Stars

Takumi Toyota returned as the author and Naoyuki Katoh returned as the cover painter for this one. The chapter titles are as follows: (1) A New Threat, (2) Homeward Voyage, (3), Planet of Silver, (4) Battleship Yamato, (5) Planet of Peace, (6) War with Gatlantis, and (7) Farewell Friend.

Yearly calendars were a Yamato tradition from 1978 through 1983 (and beyond), released exclusively by the original fan club. Yamato Crew picked up that tradition for 2199 and has published three as of this writing.

The first two are called “Digest Calendars” in that they summarize the TV episodes. The third is filled with spectacular paintings by Kia Asamiya.

Ark of the Stars 2016 calendars

Two editions were published for 2016: a wall calendar (above left and center) and a 31-day “tear off” calendar with quotes and character art for each day of a given month. The idea is that you either tear off a page a day or recycle it at the start of a new month.

Most movies released in Japan (including those made elsewhere) come with a souvenir program book sold in theaters. This was true of each of the original Yamato feature films and every 2199 release as well. They are full color from cover to cover, typically run between 30 and 40 pages, and add up to a very substantial body of work on the series.

All seven of the programs devoted to the series were sold in a collection with slipcase with the premiere of Chapter 7, and both movies had books of their own. Each can be seen from cover to cover at the links below. 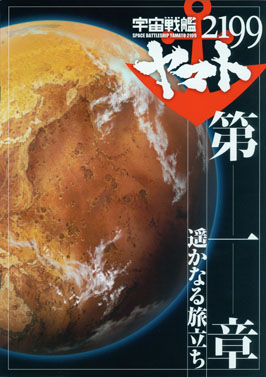 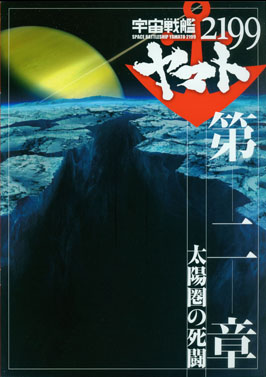 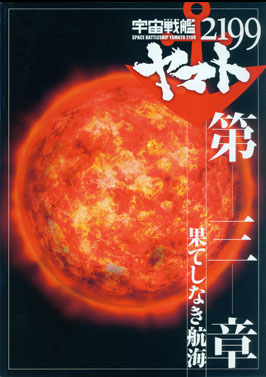 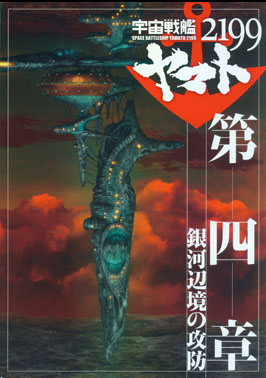 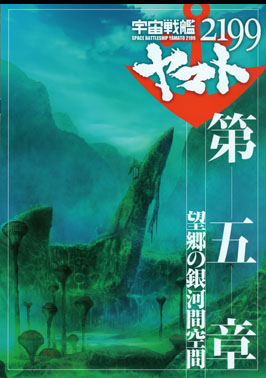 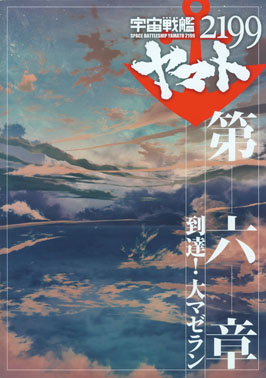 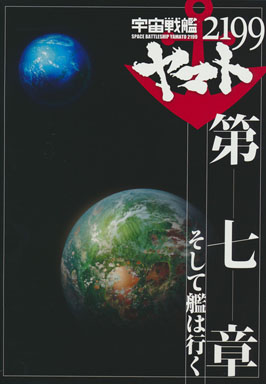 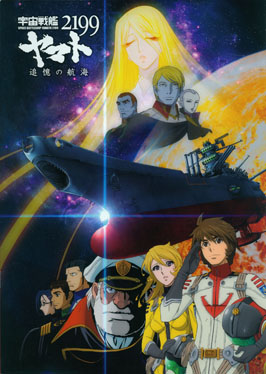 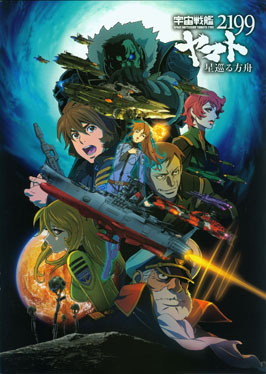 Each theatrical release of the seven 2199 chapters came with its own limited edition Blu-ray. In most cases, these could be purchased in theaters on the day of their premiere. To sweeten the deal, they came bundled with booklets containing the complete storyboard of a selected episode. This was true of the 2014 movies as well, which offered massively thick books containing the complete storyboard of the film.

As of this writing, the Ark of the Stars Blu-ray is the only one still commercially available with its storyboard book. All others are out of print. See larger cover images in a gallery here.

Those who purchased their Blu-rays through the Yamato Crew website had another bonus item available to them: facsimiles of the voice actor recording scripts from each episode. (“Afreco” is slang for “After Recording,” since actors speak their lines to match finished anime footage.)

The covers for each episode script were identical, and Yamato Crew later offered a slipcase to contain all 26 volumes.

The 2014 movies got the same treatment from Yamato Crew with different cover art and smaller slipcases of their own. A Voyage to Remember was released November 21, 2014 and Ark of the Stars on May 27, 2015.

The Yamato Crew Premium Fan Club (or “fun club” as they spell it on the covers) is open to anyone with a Japanese address and bank account. The chief benefit for members is this quarterly magazine, a high-quality publication that averages 36 pages and contains material direct from Yamato headquarters, found nowhere else.

They are not shown in full here at Cosmo DNA, but descriptions of each issue are linked below. 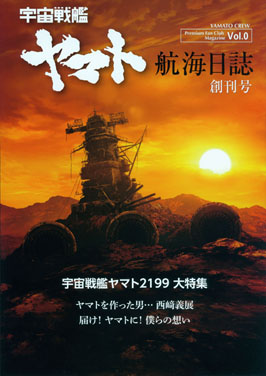 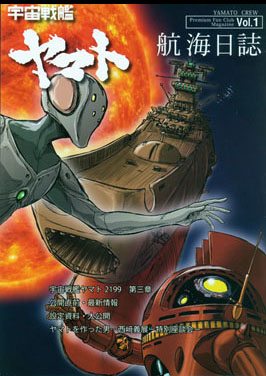 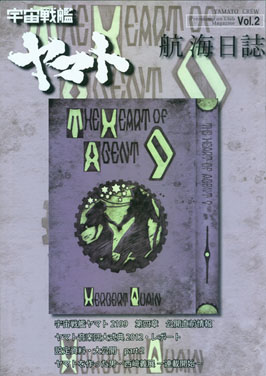 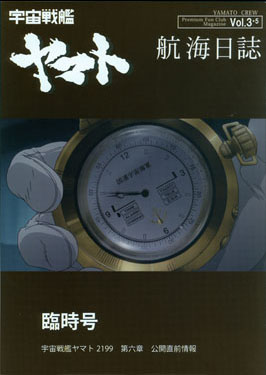 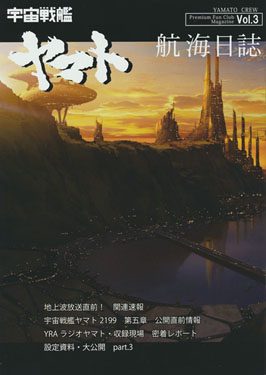 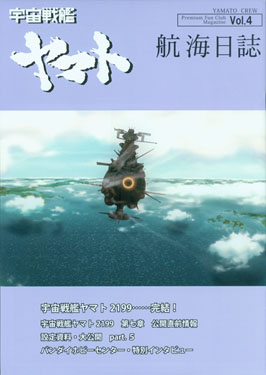 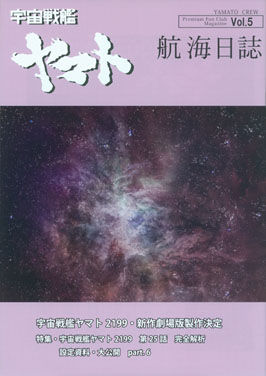 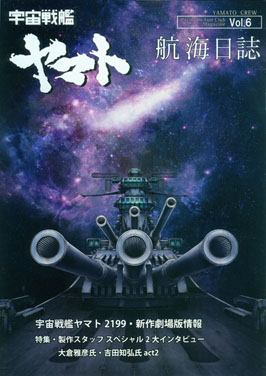 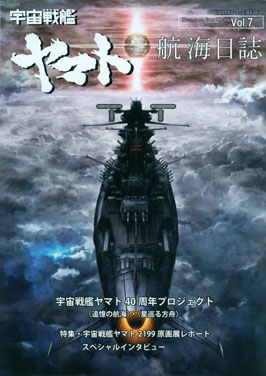 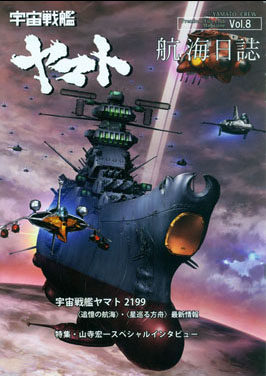 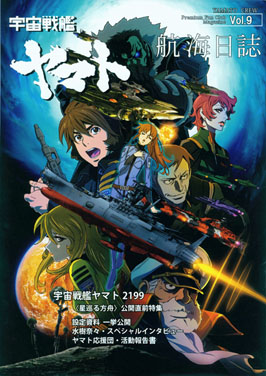 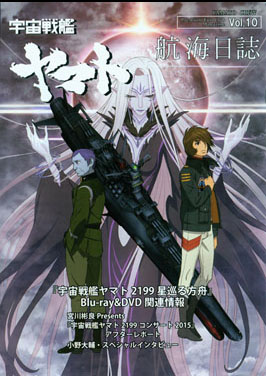 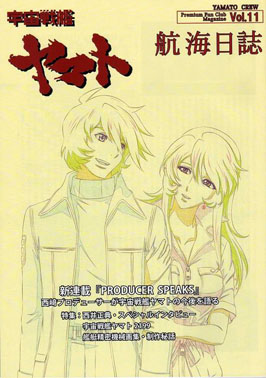 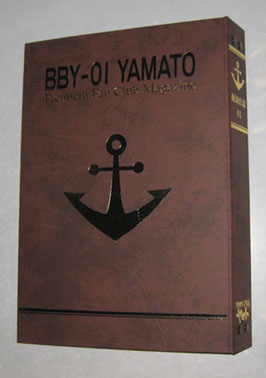 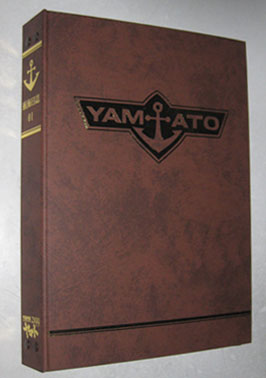 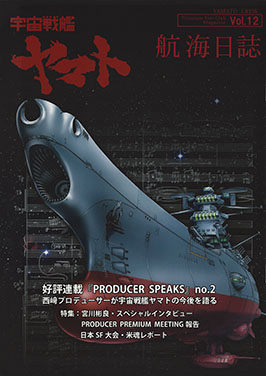 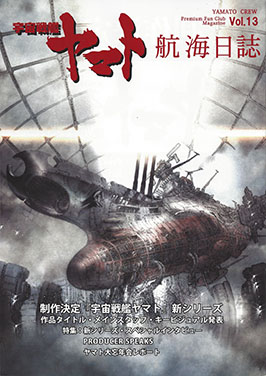 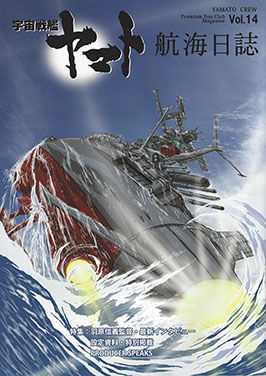