Elsewhere on this site, we explore the rich and busy history of Space Battleship Yamato publishing in Japan. During the production years, it was a crowded field occupied by many different publishers and licensors all covering the same material in different ways. One such company was Shueisha, which published a very popular monthly magazine called Roadshow. Its mission was to cover the latest in film and TV entertainment; glamor shots of American movie stars shared the same pages as stills from the hottest new anime programs.

In 1978 and ’79, few anime titles were hotter than Yamato 2, and Roadshow kept up with the series for six consecutive issues. Their unique coverage went episode by episode and examined the developing story with the same editorial style as anything in the live-action world.

Shown here are all six of the Roadshow articles in this series. The story details are already known to anyone who has seen the show, so a text translation is unnecessary. Instead, this is simply a presentation of some unique coverage from a unique time. 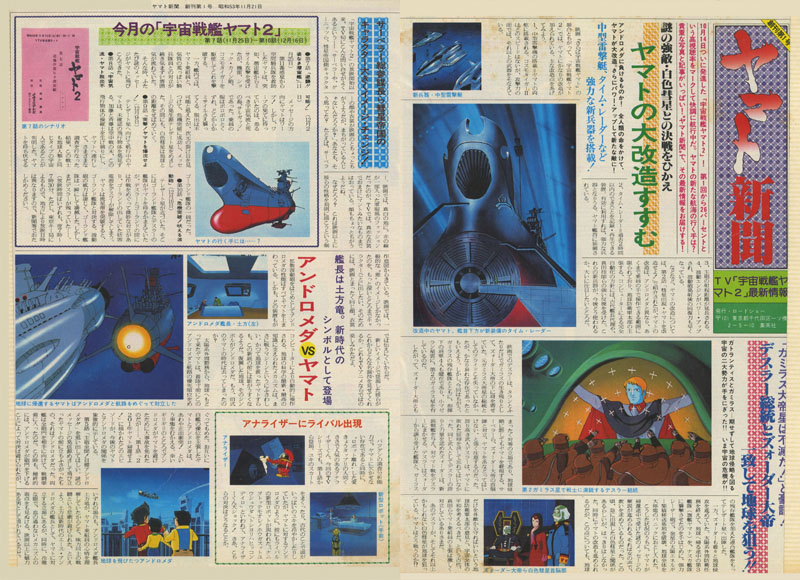 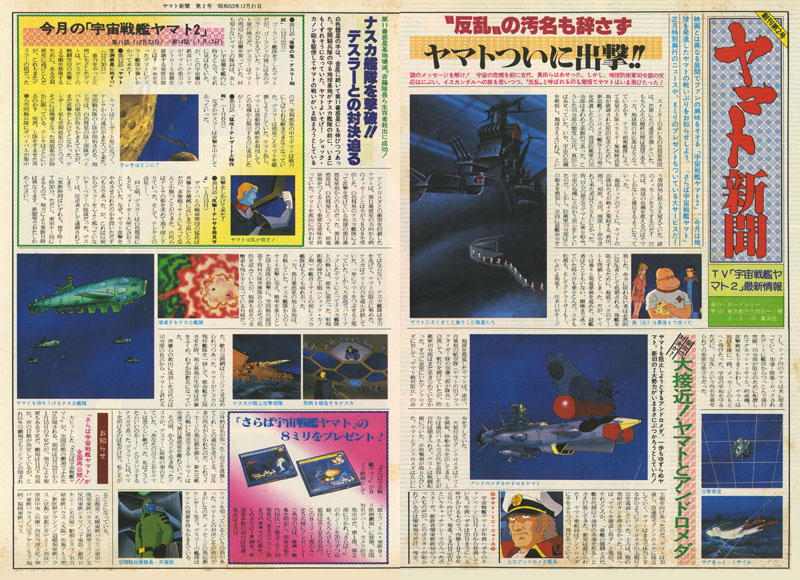 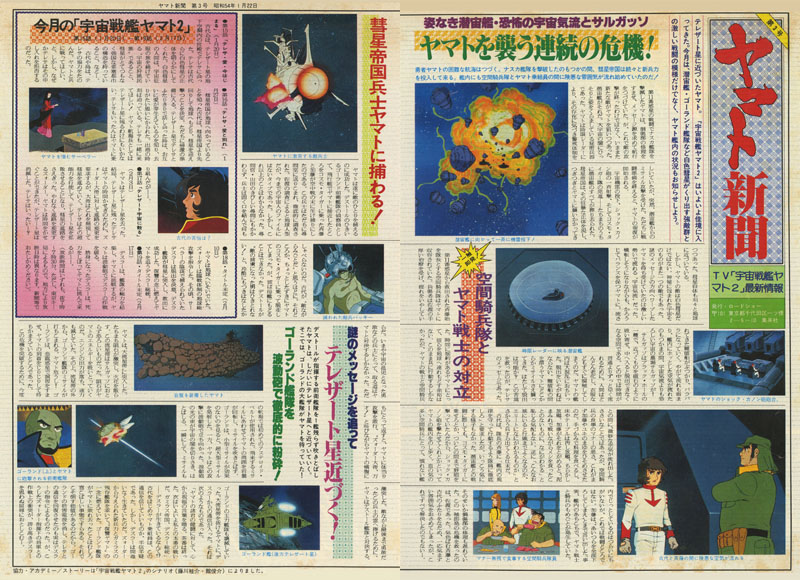 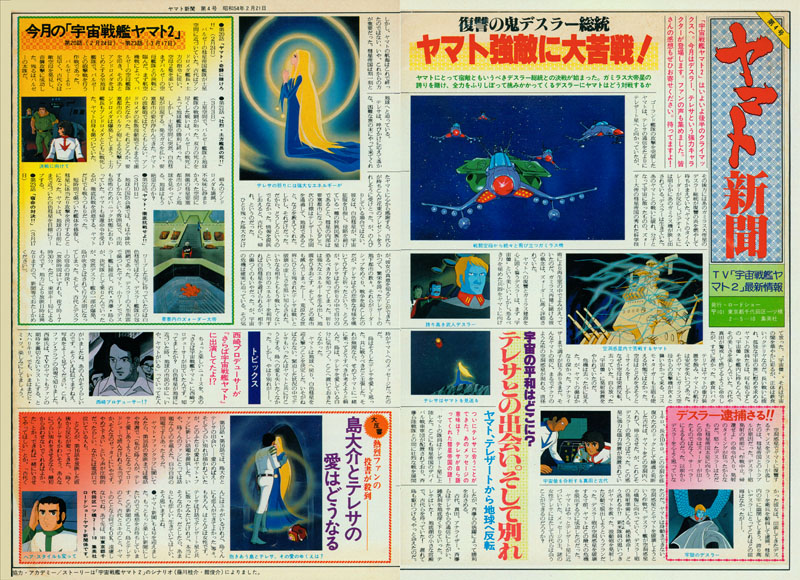 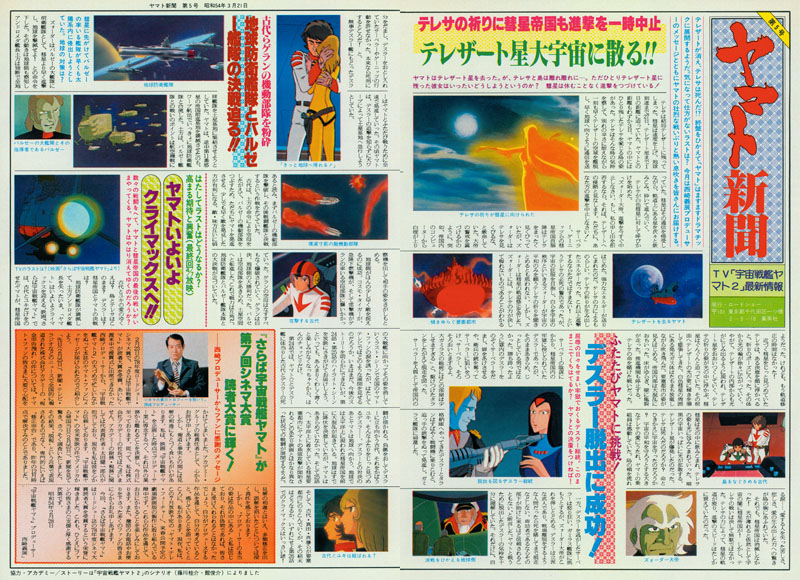 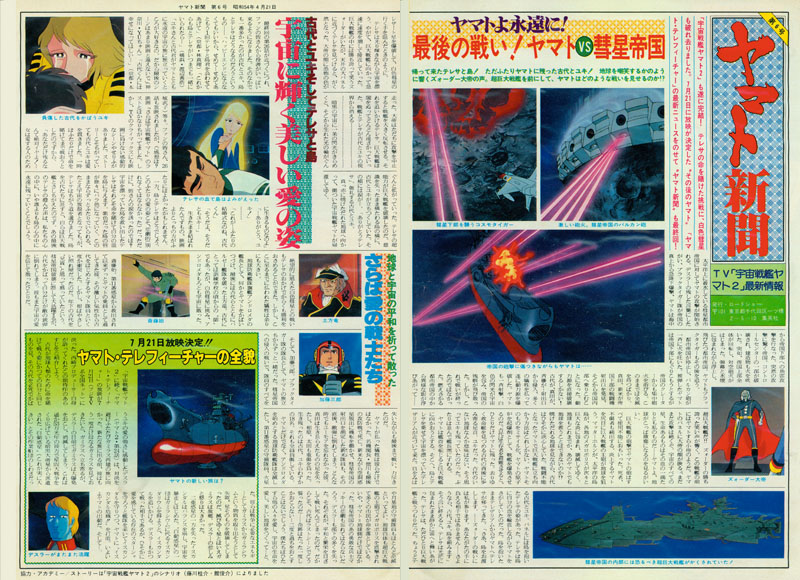